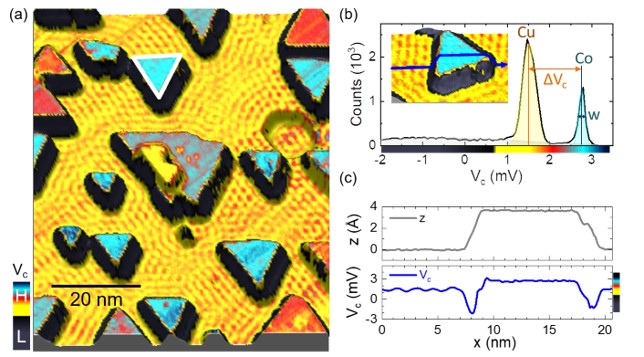 (a) Spin-polarized thermovoltages (Vc) measured in a tunneling junction formed between a STM tip and Co nano-islands using SP-STVthM. The Vc is overlaid as a color map onto the 3D topography STM image, where Co nano-islands are grown on a Cu(111) surface on which Friedel oscillations are clearly seen.
(b) Vc histogram of a Co nano-island and surrounding Cu.
(c) Line profiles across the Co island in (b). The height (z) profile shows a 2 ML thick island with distinct contrast on and off the island in the simultaneously acquired Vc profile

This work establishes a new approach to spatially resolving the spin-Seebeck effect, allowing for the evaluation of confinement effects and local inhomogeneities in spin-heat interactions, which are important for miniaturized device applications. 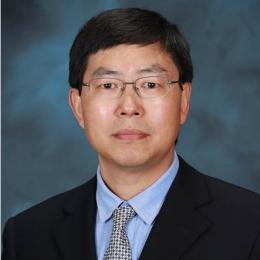