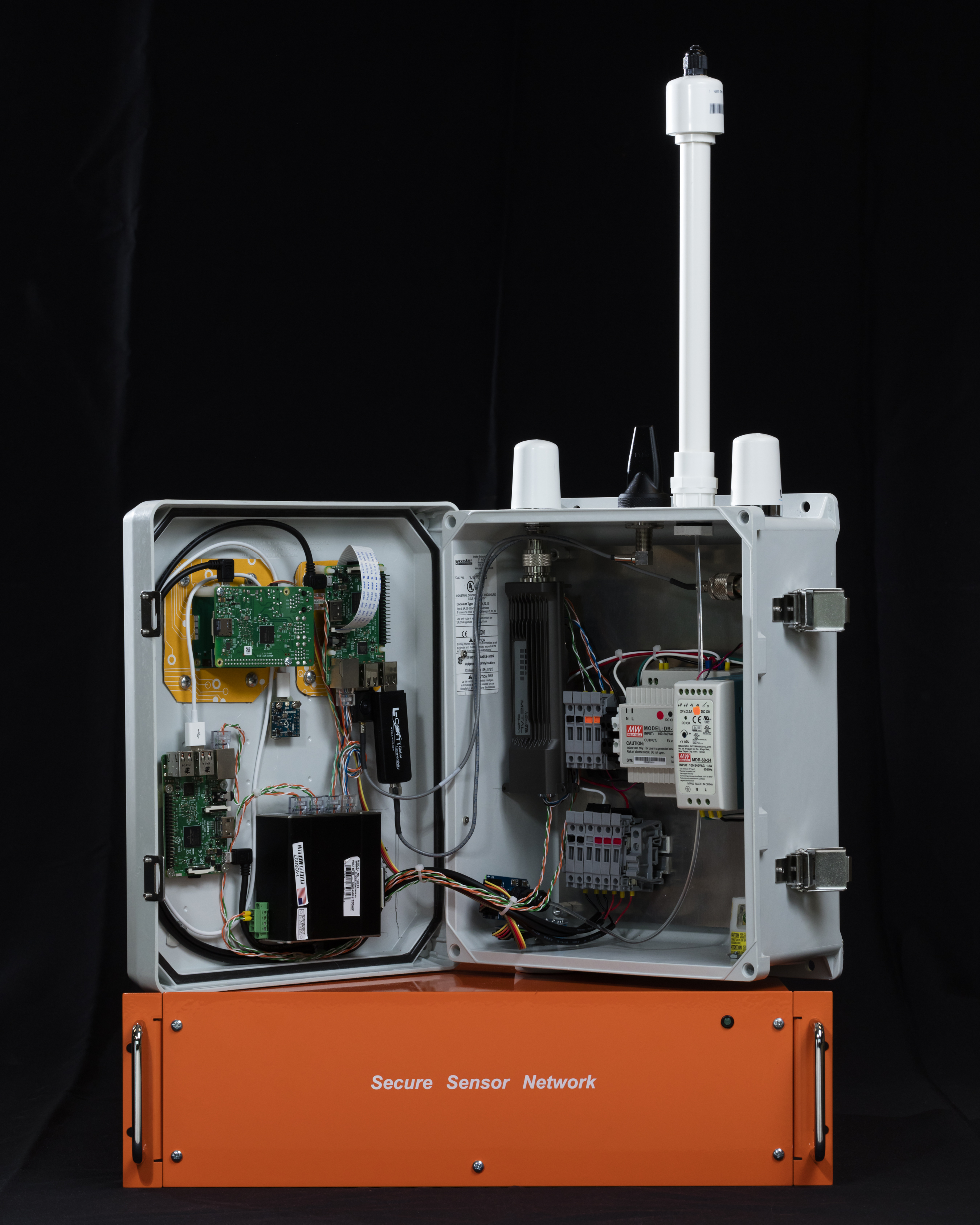 With a fiber-optic network that provides Chattanooga residents and businesses with exceptional high-speed communications, the city’s Electric Power Board (EPB) provides the US Department of Energy’s (DOE) Oak Ridge National Laboratory (ORNL) with an ideal testbed for smart grid research.

Support from DOE’s Office of Electricity Delivery and Energy Reliability (OE) resulted in the 2014 launch of an effort to advance the state of the power grid in Tennessee. The intent was to have Oak Ridge staff scientists, working closely with EPB, use their expertise to test new technologies, examine the use of microgrids, develop new analytics that will allow EPB to unlock the power of its smart grid data to improve operations, and use high-performance computing to perform modeling and simulations.

Through their partnership, ORNL and EPB are learning how to best apply sensors, controls, secure communications, and other technologies allowing a power grid to function more autonomously and reliably as it grows and becomes more complex. 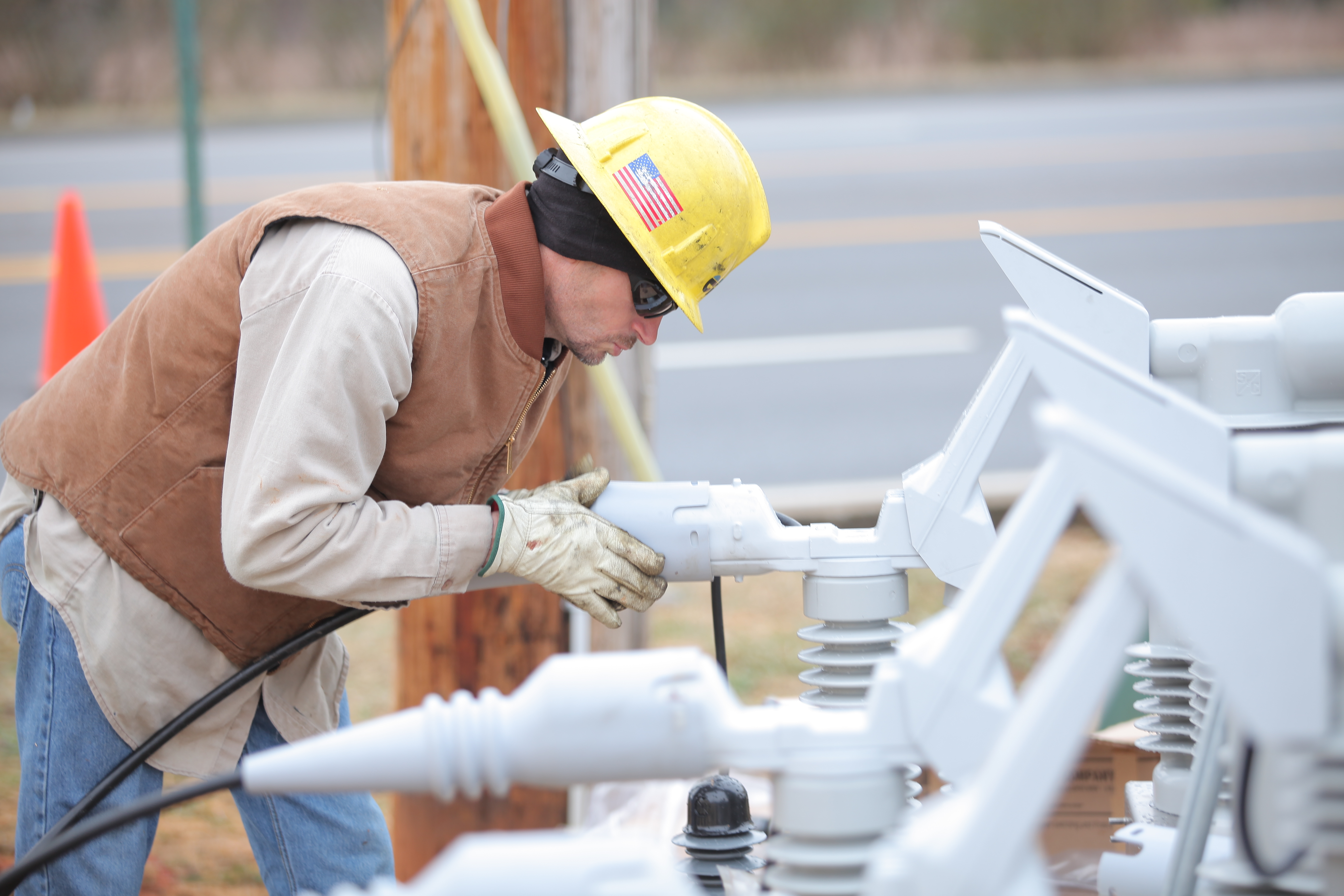 This effort leverages the advancements that EPB has made in strengthening its snetwork by rolling out smart grid technologies to make its distribution system more robust and improve operations, thanks in part to $111.5 million in stimulus funds awarded by DOE’s Office of Electricity Delivery and Energy Reliability. That investment has allowed EPB to provide continued reliable electric service and respond more effectively to such events.  EPB has estimated that the increased reliability is worth roughly $50 million a year to Chattanooga-area businesses and residents, and that the number of customer minutes lost to power outages has decreased by 50 percent.

For instance, the deployment and integration of distributed energy resources such as renewable power sources like wind and solar brings new operational and technological challenges to utilities nationwide on many fronts, including continuing to provide secure and reliable service to their customers.

The consumption of renewable energy from sources other than hydropower is estimated to have grown by 11.8 percent in 2016  and will rise another 11.1 percent in 2017, according to DOE. Utilities need to ensure the grid is protected and the power provided is consistent even when the sun doesn’t shine or the wind doesn’t blow.

Not only are new electrical system operation measurements being gathered from the sensors, but a wide range of additional parameters—from environmental to grid cybersecurity—have been developed and deployed in this living, operational laboratory.

Within a proof of concept phase, ORNL has worked with EPB to install arrays of cybersecure sensors at multiple locations around the municipal utility’s 600-square-mile service territory, mostly at substations. The devices provide real-time data on everything from solar irradiance, temperature, humidity, and wind to the presence of chemicals such as methane and hydrogen. They also monitor for such inputs as vibrations,  radio frequencies, and coronal discharge, and they capture thermal images from infrared cameras trained on substation transformers. While monitoring environmental conditions, the sensors also provide physical and cybersecurity situational awareness via measuring/monitoring parameters including cell phone signals, presence of drones, sensor network cyberintrusion attempts, as well as physical intrusion detection.

The additional information about the grid’s operating environment can be fed into EPB’s supervisory control and data acquisition (SCADA) system. Utility SCADA systems provide the information to drive a utility’s grid—capturing and analyzing data such as current and line voltage and using that information to keep electricity flowing. The fiber network makes the communication of that data back to EPB’s control room nearly instantaneous.

“The sensors installed so far are capturing mostly environmental conditions associated with the distribution of electricity,” said researcher Peter Fuhr of ORNL’s Energy and Environmental Sciences Directorate. “We’re not measuring volts and vars or electromagnetic fields, although we could. We’re concerned with what the ambient environment is like today.”

“The testing we’re doing now with these sensors will help us determine which ones make the most sense to implement on a larger scale,” said Jim Glass, EPB’s manager of smart-grid development.

The sensors form a perimeter around EPB’s service area and “help us get some idea of what’s going to happen not just with our own generation but with that of others,” Glass said. For instance, some 16 megawatts of solar generation are already connected to EPB’s system, and 11.6 megawatts of that is owned by two large customers—at an automotive plant and the city’s airport. Another 4.4 megawatts come from smaller installations on primarily residential and commercial rooftops.

“If we get just 15 to 30 minutes of warning about cloud cover moving in with the sensors, that will get us a better idea of what to expect out of solar generation over the next hour or so,” Glass said.

With that advance knowledge, the utility can figure out how best to inject those extra megawatts into its system when it’s sunny—or if clouds are coming in, how it will handle the megawatts customers will need if solar panels aren’t producing, Fuhr explained.

EPB’s fiber network “is a huge advantage to how we operate our system, and it gives scientists like those from Oak Ridge an opportunity to test their technologies,” Glass said. “There’s no radio interference to worry about. You get high speed and reliability.”

Those attributes are particularly important as smart grid work increasingly relies on the Internet of Things (IoT), Fuhr noted. IoT in this case refers to network connectivity and the embedding of sensors, actuators, software, electronics, and other devices to more efficiently collect and exchange data that allows the control of electricity flows.

Of particular concern to utilities is the potential for cyberintrusions presented by smart, web-connected devices. The recent denial of service attacks presented to the general internet by IoT devices such as web cameras, botnets, and even smart toasters exemplifies the need for a paradigm shift from current cybersecurity policies to a fundamentally different network and companion grid communication integration cybersecurity design, Fuhr said. Aimed at a goal of “getting the electricity grid off the internet,” ORNL researchers working side by side with EPB network and grid engineers are achieving this goal with a project underway that demonstrates the design goals in an operating utility’s electrical, communications, and data services

Meanwhile, work on integrating renewables continues. EPB will be installing more solar capacity—1.35 megawatts worth—next summer in a pilot project at its operations center in a project with the Tennessee Valley Authority. The utility will also soon install a 100-kilowatt/400-kilowatt hour vanadium flow battery energy storage system. The battery system will allow the utility to store electricity and help balance its loads.

“One thing we have really appreciated in working with the folks from Oak Ridge is understanding the implications not just of solar but of all distributed generation on our system—what kinds of things we should expect as that grows and how to deal with them,” Glass said. “We don’t have nearly the penetration of renewables like in California or Hawaii, so we don’t have the experience ourselves. That’s why it’s wonderful to have the researchers in Oak Ridge to bounce ideas off of, to ask how this will work and what they’ve seen. This will be extremely valuable, in my mind, to prepare us for down the road.”

In fact, one of the first tasks ORNL undertook for the utility was a case study evaluating the economic benefit of automation technologies that have resulted in fewer and shorter power outages. The study concentrated on the grid’s performance following a major storm and found a benefit of just over $23 million for EPB’s customers, Glass said.

In addition to the stationary sensor arrays, EPB and ORNL are studying how sensors installed on drones can help improve system reliability. For instance, mobile sensors can measure electromagnetic and coronal fields; detect other drones; sense for chemicals and smoke; and inspect transmission lines, structures, and other equipment more easily and safely than can standard sensors and inspection methods. 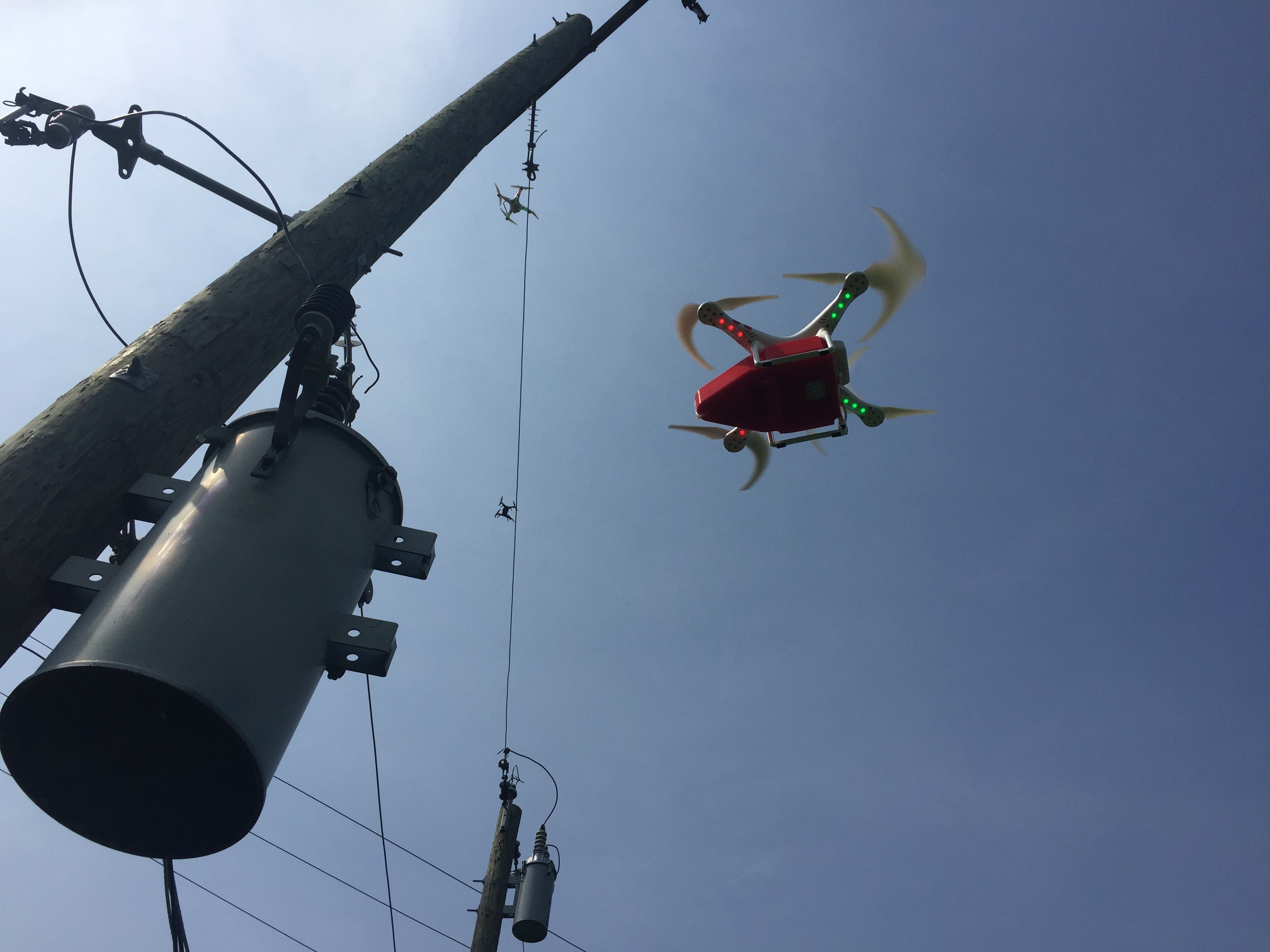 At EPB, the sensor measurements taken during a drone in flight could be seamlessly communicated to the utility’s SCADA system, providing grid operations with real-time data and visual and thermal imagery, thereby allowing them to quite literally see what the drone sees miles away.

Fuhr stressed that there is a need for a fundamental improvement in cybersecurity of electricity grid systems. “It is difficult to overstate the important role of cybersecurity in the communications link between such deployed sensor systems—be they stationary in a substation or mobile on a vehicle or drone—and the core security of the embedded systems.  Electrical disruptions due to cyberattack, such as experienced in Ukraine in 2015, are a constant reminder of the need for a robust overall cybersecure infrastructure for our partner utility, EPB, as well as the thousands of other utilities nationwide that may benefit from the sensors and systems being demonstrated in Chattanooga,” Fuhr said.

EPB is currently creating procedures, plans, and training before testing drones on a wider scale. “For instance, proper notification must always be given to nearby customers. We need to make sure elevation limits are obeyed and that we have a plan in place for all events,” Glass said.  “The technology and the physical activity are the easy parts.”

Further out, the role sensors play on EPB’s system may widen outside grid management. For instance, irradiance sensors could provide data for other jobs and customers in areas such as outdoor lighting and security, noted Lilian Bruce, EPB director of strategic planning. Also, humidity and temperature sensors will become increasingly important in homes and businesses as building envelopes are sealed tighter, she added.

The sensing and smart grid work has a foundational role at EPB, Bruce said. “It reminds me of the installation of our fiber-optic system. Once that was in place, we were able to leverage a lot of services around it. All the technologies we’re working with seem to be aligning,” she added. “They are strengthening each other’s value proposition.”

“I’ve enjoyed getting to work with a lot of really smart people,” Glass said of the collaboration with ORNL. He described attending a national conference recently in which the vice president of smart-grid programs for a major utility described how “he had increased his staff in the past few years, including hiring 3 PhDs to work for his system of about 4 million customers.” Glass said he introduced himself as having “175,000 customers and 100 PhDs” working on his smart-grid issues through his connection with ORNL.

Going forward EPB will continue to serve as a testbed for smart grid work with ORNL and other national labs as part of the GMLC. For the utility, the overall goal is to create a system using smart sensing, advanced metering, smart switches, customer software, and other solutions that can identify and isolate problems and automatically reroute power to reduce or avoid outages.

The Grid Modernization Laboratory Consortium (GMLC) is a strategic partnership between DOE and the national laboratories to bring together leading experts, technologies, and resources to collaborate on the goal of modernizing the nation’s grid under the Grid Modernization Initiative (GMI). GMI is a comprehensive effort to help shape the future of our nation’s grid and solve the challenges of integrating conventional and renewable sources with energy storage and smart buildings, while ensuring that the grid is resilient and secure to withstand growing cybersecurity and climate challenges. 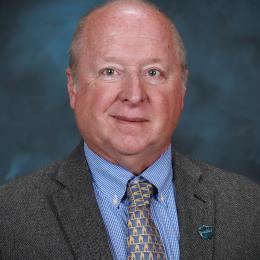