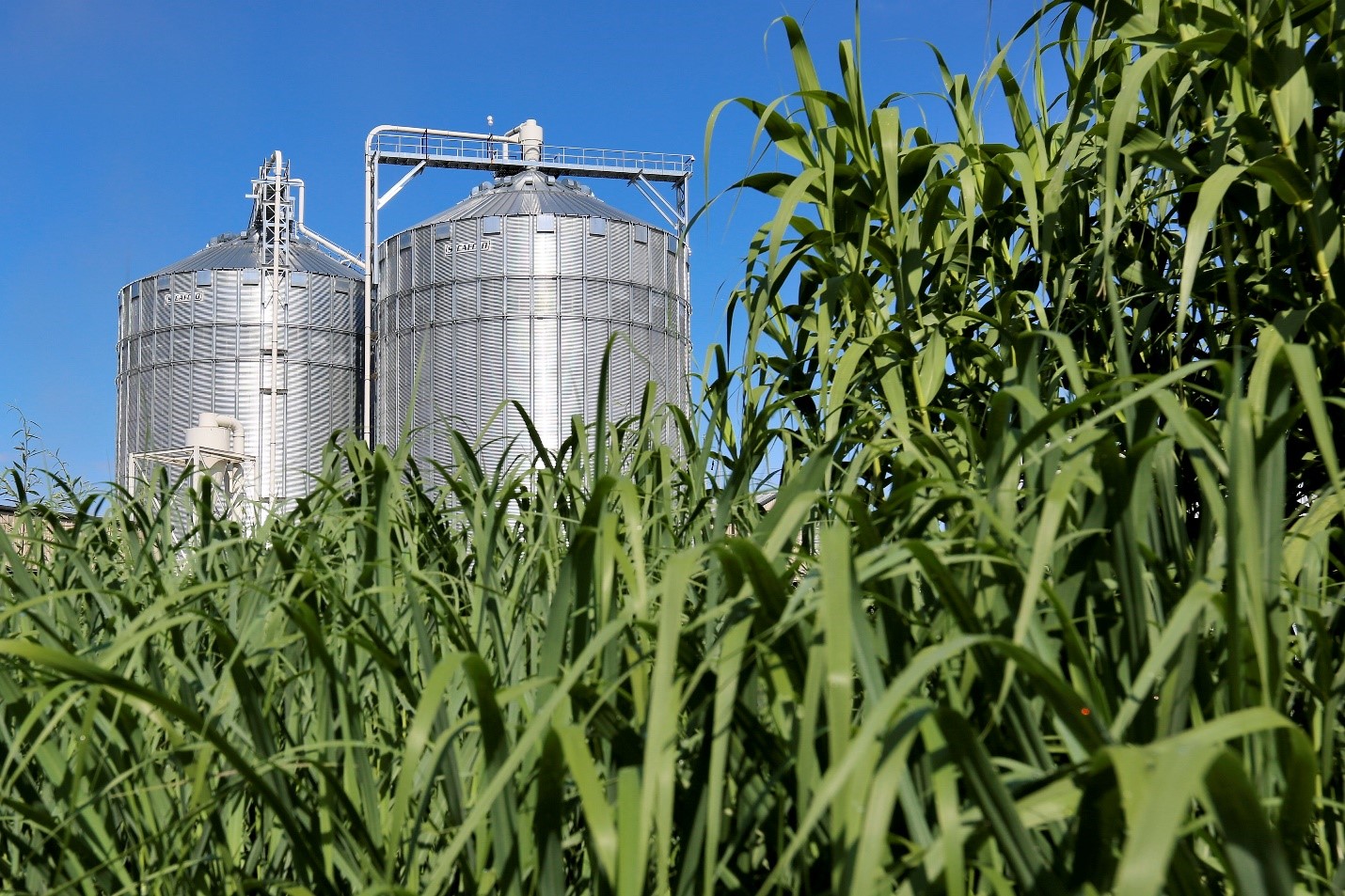 A switchgrass field in East Tennessee

With the successful demonstration of a cheaper, more effective method of biomass deconstruction and conversion using a naturally occurring microbe and a standard milling practice, researchers from the Department of Energy’s BioEnergy Science Center (BESC) have taken a giant step closer to fulfilling key aspects of their mission to create new methods of improving biofuel yields from non-food plant sources.

Led by Professor Lee Lynd and colleagues at Dartmouth College and involving investigators from Oak Ridge National Laboratory, the National Renewable Energy Laboratory, the University of California at Riverside, and Argonne National Laboratory, the BESC team recently produced journal articles that represent a significant advancement in research on overcoming recalcitrance—the natural resistance of plants to being broken down to simple sugars that can be fermented for biofuels. BESC’s mission is to enable a sustainable cellulosic biofuels industry by developing ways to remove recalcitrance as an economic barrier to cost-effective biofuels production.

In a recent article in Energy & Environmental Science, the BESC researchers detail experiments in which switchgrass is ground (milled) and fermented simultaneously using a thermophilic, cellulolytic bacterium—Clostridium thermocellum—inside a drum containing ball bearings.  A second article in Current Opinion in Biotechnology finds that this approach could result in remarkably lower costs compared with conventional technology (see figure). 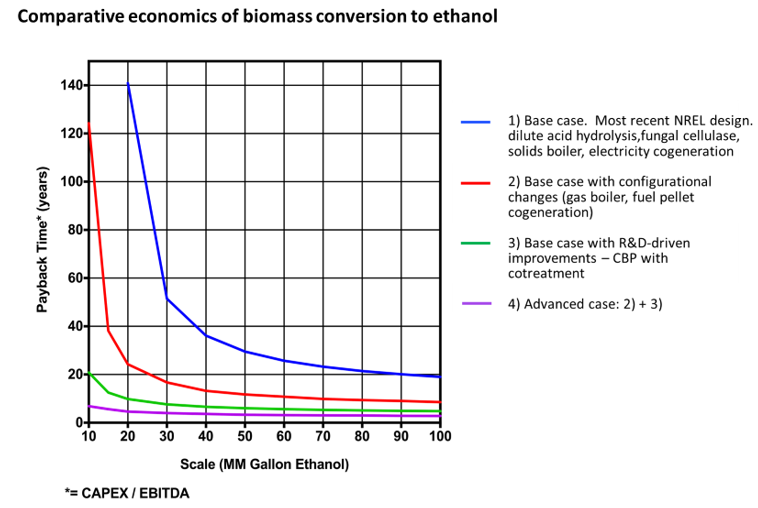 “We surveyed nature’s microbes and found C. thermocellum to be representative of ‘nature’s best’ at deconstructing plant biomass—two to three times more effective than commercial enzymes used today,” explained Paul Gilna, director of BESC at ORNL. “We then asked ourselves ‘how can we best augment the native ability of this bacterium?’ and hypothesized that milling might be a viable alternative to costly thermochemical approaches.”

The researchers explored whether C. thermocellum can actively ferment in the presence of milling at intensities sufficient to allow high yields. “The answer,” Gilna said, “is unequivocally yes. Imagine a morass of biomass churning around in a drum and what a challenging environment that is, and then you introduce a microbe that both digests and ferments, and that microbe holds up and does its job. That robustness is an important feature for those who might be interested in commercializing the process.”

Lynd said that “by using naturally-occurring cellulolytic microbes in combination with milling, we’ve shown we can ferment the carbohydrates in cellulosic biomass without the two things that make current technology expensive: thermochemical pretreatment and enzymes.”

“Our results assume future research progress, and thus should be regarded as speculative and not yet ready to take to the bank,” Lynd said. “With that acknowledged,” he continued, “I’ve been in this field a long time, and I’ve never before seen a new technology that offers an 8-fold reduction in payback period.” The BESC team’s new, simpler technology is projected to be economical at a much smaller scale than current technology, which means processing plants could be built faster and sited more easily than current technology, with benefits potentially flowing to rural communities where the crops are grown and processed.

Another advantage of the new process is that solid lignin residue left over after biological processing is less chemically modified and thus potentially more easily converted into other chemical or fuel byproducts, Lynd noted.

“The overarching purpose of BESC is to increase the economic competitiveness of the United States’ ability to generate biofuels specifically from non-food crops.” Gilna said. “We have sought disruptive technological advances toward this end. This work appears to be a strong candidate in this context, although continued work will be required for verification.”