Advanced photoelectron spectroscopy revealed that the topological band structure in the kagome superconductor (Rb,Cs)V3Sb5 can host an unconventional charge density wave (CDW). This unconventional CDW constitutes an intertwined state that could provide a pathway toward using topological superconductivity for quantum information science.

A quantum-interference-induced saddle point in the band structure of (Rb,Cs)V3Sb5 was unveiled by angle-resolved photoemission spectroscopy (ARPES). X-ray diffraction revealed the superstructure formation caused by the bulk CDW in (Rb,Cs)V3Sb5. The softening of an electronic mode upon cooling toward the CDW was uncovered by Raman spectroscopy. 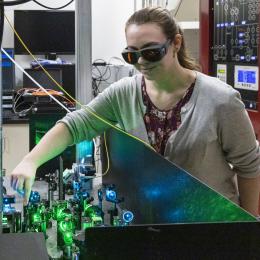 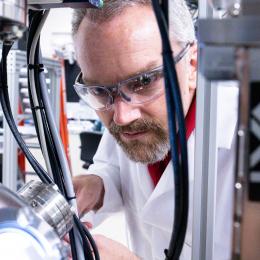