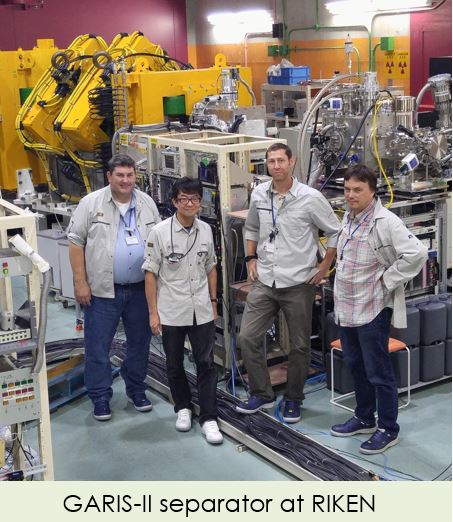 ORNL and UTK physicists during the experiment using 248Cm target material from ORNL and a 51V beam at RIKEN.

Understanding the extent and structure of the nuclear and atomic worlds is among the overarching goals of science. The 7th row of the Periodic Table was recently completed by adding new elements 113 nihonium (Nh), 115 moscovium (Mc), 117 tennessine (Ts) and 118 oganesson (Og), see, e.g., [1], but many important scientific questions remain:

What is the maximum number of protons and neutrons that a nucleus can hold?

Where is the end of the Periodic Table, and at what point do destructive Coulomb forces overcome the strong interactions that stabilize nuclei?

What are the characteristics of the Island of Stability for superheavy nuclei?

What are the properties and structures of the heaviest nuclei and atoms?

At RIKEN laboratory (Wako, Japan), a search for element 119 is under way by bombarding 248Cm (Z=96) actinide target material from ORNL [2] with an intense 51V beam (Z=23) at the new SRILAC accelerator. This experiment includes a new gas-filled separator GARIS-III at RIKEN and a digital detection system co-developed with ORNL/UTK. The beam energy was optimized experimentally by observing the distribution of the quasi-elastic scattering yields for a variety of heavy ion beams on the ORNL’s 248Cm target material [3]. Over 200 days per year have been allocated at RIKEN for this program and should enable production and observation of few decay chains, most likely of 295119 and 296119 isotopes which would decay into new isotopes 291Ts and 292Ts. 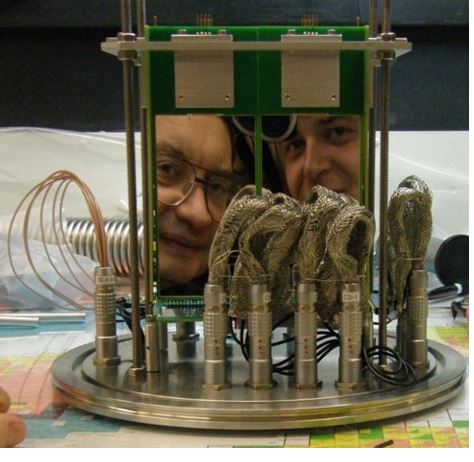 Krzysztof Rykaczewski and Wigner Fellow Krzysztof Miernik working on the new detection system for superheavy nuclei including eight new custom designed Si-detectors. Together with a digital data acquisition system, new detectors were commissioned at ORNL and implemented at JINR Dubna.

ORNL is also participating in experiments aimed at the synthesis of new element 120 at the Joint Institute for Nuclear Research at Dubna (Russia), contributing target materials and digital detection expertise [4]. The experiments are being performed at the new Super Heavy Element Factory (SHE Factory, currently being commissioned). The products of the reaction between mixed-Cf target sectors (Z=98) fabricated at ORNL and an intense 50Ti beam (Z=22) will be investigated. The detection system is based on the detector array and digital data acquisition developed at the ORNL’s HRIBF in collaboration with UTK for the studies of short-lived proton and alpha radioactivities, the latter including superheavy nuclei. The dedicated detection system was commissioned off-line at ORNL and implemented at the Dubna Gas Filled Recoil Separator. Mixed-Cf target sectors from ORNL were already used in an experiment using a 48Ca beam at Dubna.  An event indicating the decay of the heaviest known nucleus Z=118 294Og was detected in preliminary studies [5]. 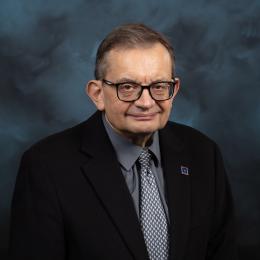 A beachhead on the island of stability