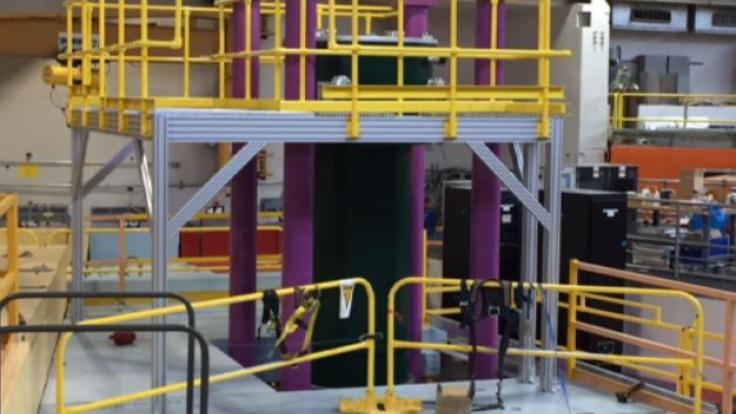 The world's largest cryogen-free superconducting magnet, installed at the SNS for the Nab experiment, which will test the Standard Model with unprecedented precision. 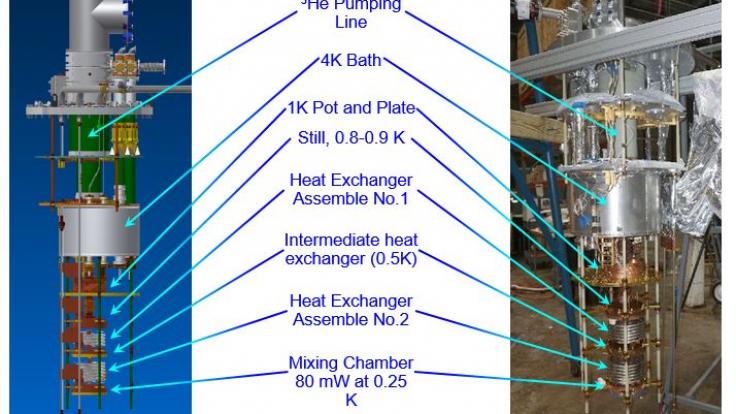 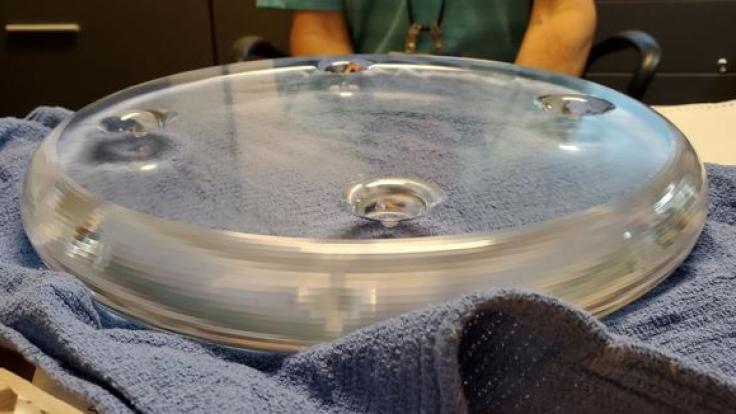 Acrylic substrate for a high-voltage electrode

The Neutron Group strives to understand the fundamental properties of the neutron and its decay, via the development and utilization of ultra-sensitive detection systems for reaction and decay measurements of neutrons at the world's most intense neutron source for basic scientific research, the Spallation Neutron Source (SNS). Group members and their collaborators have built the Fundamental Neutron Physics beam line at the SNS and have led measurements of hadronic parity violation via the NPDGamma and n-3He experiments. Their current efforts are pushing towards measuring the neutron beta decay asymmetry with the Nab experiment, and the neutron electric dipole moment via the nEDM experiment. This work in fundamental symmetries is a critical research area in the Long Range Plan for Nuclear Science and is fully aligned with the mission of the DOE Office of Nuclear Physics.

The Neutron Group has constructed the Fundamental Neutron Physics Beamline (FNPB) at ORNL's Spallation Neutron Source (SNS) – the world’s most powerful pulsed cold neutron beam for fundamental physics experiments. Recently completed experiments include NPDGamma and n3He, which made part-per-billion measurements of Parity-Violating asymmetries in neutron capture reactions in order to improve our understanding of the Hadronic Weak Interaction. The Nab experiment, currently being installed and commissioned, will make precise measurements of the angular correlation between neutron beta-decay products and of the decay-electron energy spectrum, providing stringent tests of the Standard Model. The nEDM_at_SNS experiment will improve the current precision on the neutron electric dipole moment (the "roundness" of the charge distribution) by two orders of magnitude. This will help distinguish between different theoretical explanations for the existence of matter in the Universe.

Detection System for Neutron beta Decay Correlations in the UCNB and Nab experiments...