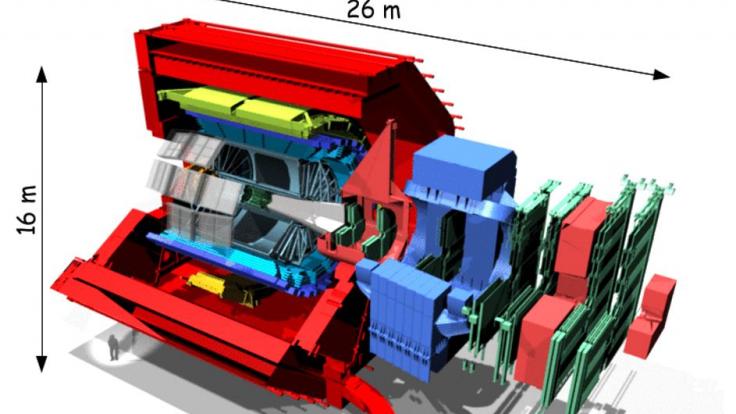 The ALICE experiment at the LHC: 2000 collaborators, 175 Institutes from 40 Countries 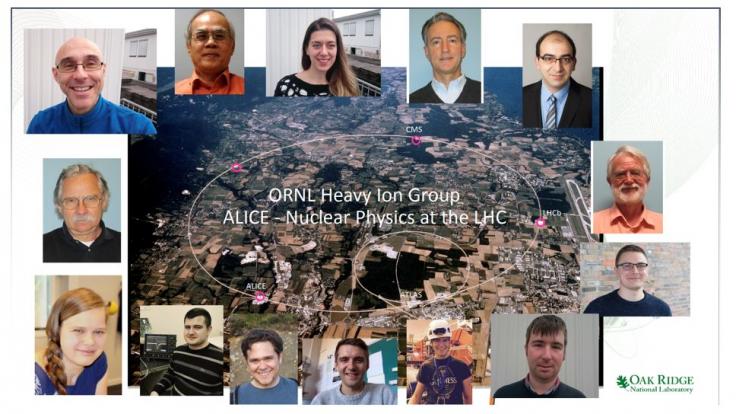 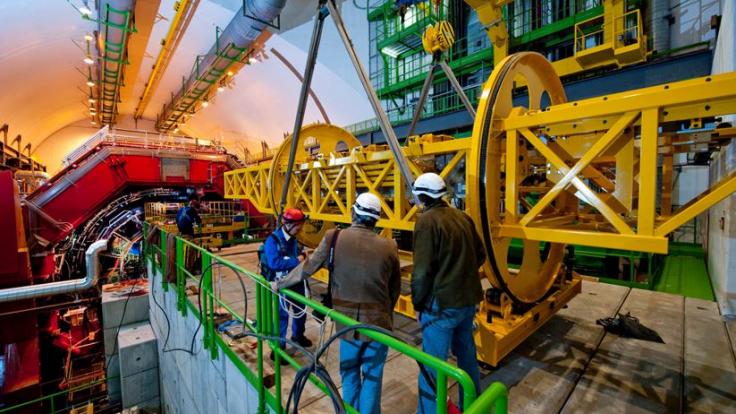 The High Energy Nuclear Physics Group studies the features of both high temperature and low temperature Quantum Chromo Dynamics (QCD) in strongly interacting matter.  Specifically, we focus on the characterization of quark and gluon dynamics in nucleons and in nuclei.  Of particular interest is the Quark-Gluon Plasma (QGP) of free quarks and gluons that is produced in the collisions of heavy nuclei at ultra-relativistic energies.  The QGP is a hot dense state of QCD matter that existed in the very early Universe and is now recreated in the laboratory in our studies of Pb+Pb collisions at the world’s highest energy facility, the Large Hadron Collider (LHC) at the European Organization for Nuclear Research (CERN).  To accomplish this science, the group has a long history of developing immense, sophisticated detection systems capable of the simultaneous measurement, tracking, and identification of the many thousands of particles generated in heavy-ion collisions that occur many thousands of times a second.   At the present time, the group is leading the Time Projection Chamber (TPC) and Inner Tracking System (ITS) Upgrade project in the ALICE experiment at the LHC in preparation for Run-3, which scheduled to start in 2021. The group also leads the ongoing ALICE Electromagnetic Calorimeter (EMCal) Operations and its upgrade with a new continuous readout paradigm and on-the-fly data reconstruction capabilities for Run-3.

Looking to the future, the group is proposing both to build a high granularity forward calorimeter (FoCal) to be installed in ALICE for Run-4 (~2026-2028) and to make leading contributions to the US Electron Ion Collider (EIC) program.  In LHC Run-4, the gluon structure of protons and nuclei can be studied in high-energy elementary proton-nucleus collisions producing direct photons.  These measurements may produce the first glimpse of the expected non-linear QCD evolution at very small momentum fraction x.   This effort will be complemented and continued in electron-nucleus collisions at the EIC, which will provide the necessary precision and luminosity to expose the finest details.

Our work is a priority in the DOE Office of Nuclear Physics and is fully aligned with the Long-Range Plan for U.S. Nuclear Science.

Multiplicity and transverse momentum evolution of charge-dependent correlations in pp, p-Pb, and Pb-Pb collisions at the LHC...