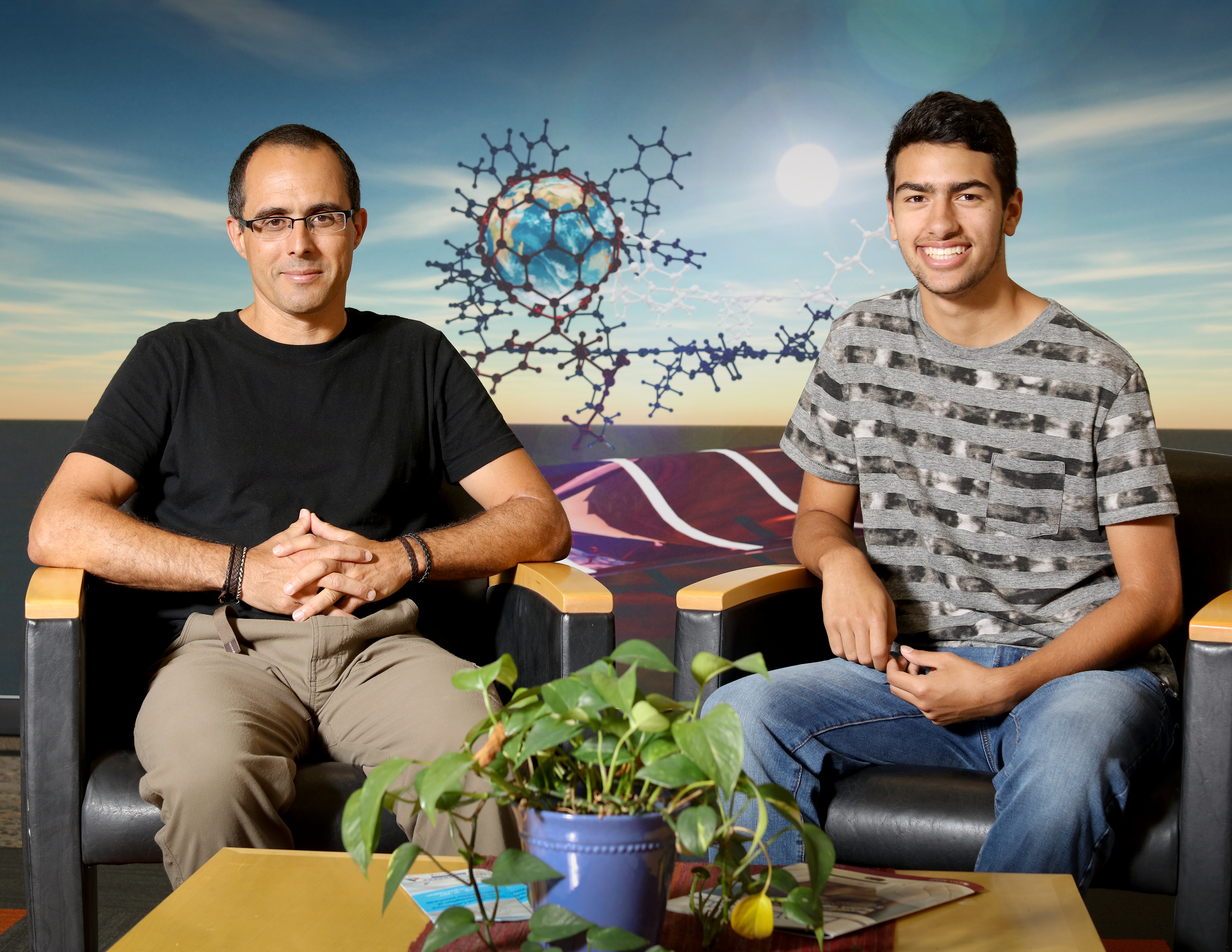 Active matter research is based on the principle of emergence, wherein order and structure emerge from the bottom up. The phenomenon can be observed everywhere in nature as living organisms organize themselves without top-down commands from a leader: birds fly in flocks, bees construct intricate honeycombs, ants create ingenious architectures. At the microscale, individual cells and microorganisms move autonomously in collective patterns as bacteria swarm or stem cells become heart tissue.

At CNMS, researchers are working in the field of active matter with the goal of designing new structures and functionalities for nanotechnologies. Translating nature’s bottom-up self-assembly to active matter offers intriguing possibilities for a variety of areas, such as robotics, said Fuentes-Cabrera, a computational physicist from ORNL’s Computer Science and Mathematics Division. “For instance, researchers can study the way birds self-organize into flocks to design autonomous drones capable of synchronizing in formations to perform coordinated tasks as a group,” he explained. “In lieu of top-down rules governing behavior, drones could be programmed to communicate to adapt to their environment and learn to navigate obstacles, for example.”

Fuentes-Cabrera introduced Ferre to active matter research using NetLogo, a programmable computing environment designed for agent-based modeling. Students can use the software to develop flocking simulations, with little or no programming experience, by setting simple rules for birds to follow and letting the program run to observe the results.

“The interesting thing about emergence is that group behavior is not programmed into any one agent,” said Ferre, who learned to code using NetLogo. “I used computer codes to mimic flocking behavior, but I never told the birds to flock.”

Said Fuentes-Cabrera, “Flocking works by a tendency toward averages. No one bird has the blueprint for this behavior. Each bird follows the average direction of its neighbors, and eventually clumps form.”

Under Fuentes-Cabrera’s mentorship, Ferre developed a computer model to observe flocking behaviors when obstacles are introduced. “Simple changes to the simulation often produce surprising results,” Fuentes-Cabrera said. “Alejandro discovered that adjusting the bird’s field of vision from a wide view to a narrow cone resulted in slimmer, line-shaped flocks.”

Ferre added, “Narrower formations might be useful for navigating obstacles like trees or skyscrapers. Adaptable flocking patterns would be useful for robots confronted with diverse obstacles in the real-world environment.”

Fuentes-Cabrera has mentored students using the NetLogo software at both the high school and college levels. As a game-styled approach to learning, NetLogo generates excitement from initial play with sample models, but as students learn more about programming, they can customize basic codes to incorporate additional variables and extend their research. “NetLogo is a good entry point to active matter for students because it allows them to contribute to research from any level of experience,” he said.

Last year, two students from Oak Ridge High School, mentored by Fuentes-Cabrera, Lavrik, and Lokitz, used what they learned from NetLogo simulations to 3-D print a flocking micro-robot. Both students, Wilson Huang and Logan Rumbaugh, were semifinalists in the Siemens Competition in Math, Science & Technology.

Ferre’s work with Fuentes-Cabrera supported his Senior STEM Portfolio project at HVA and has steered the student toward further STEM opportunities. Ferre is currently participating in a Higher Education Research Experience at ORNL during the summer, working with the Geographic Information Science and Technology (GIST) group. Under the mentorship of Amy Rose, a population research scientist at the Urban Dynamics Institute, Ferre will support GIST’s leading-class technologies to serve a variety of needs, including disaster response, global health, urban resilience, and national security. “I am grateful for the opportunity to learn outside the classroom with Dr. Fuentes-Cabrera and to gain professional experience in a STEM field with Dr. Rose,” Ferre said.

Fuentes-Cabrera and his colleagues at CNMS hope to generate excitement among students and pave the way to future horizons in active matter research. “As researchers, we want to be at the forefront of scientific development, and we also want students to take an active part in this emerging field of active matter,” Fuentes-Cabrera said.

The Center for Nanophase Materials is a DOE Office of Science User Facility. UT-Battelle manages ORNL for the DOE Office of Science. The single largest supporter of basic research in the physical sciences in the United States, the Office of Science is working to address some of the most pressing challenges of our time. For more information, please visit energy.gov/science. —By Ashley Huff

NetLogo is a multi-agent programmable modeling environment used by tens of thousands of students, teachers, and researchers worldwide. It is authored by Uri Wilensky and developed at Northwestern University’s Center for Connected Learning and Computer-Based Modeling. For more information or to download NetLogo for free, visit https://ccl.northwestern.edu/netlogo/.