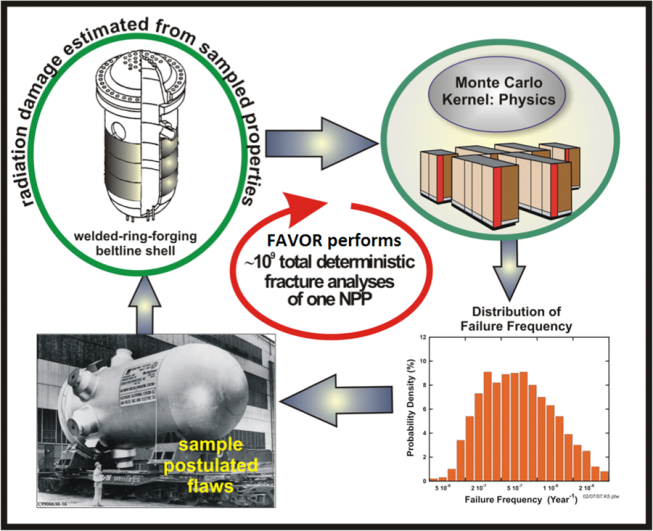 The Fracture Analysis of Vessels – Oak Ridge (FAVOR) computer code was developed at ORNL and is maintained for the Nuclear Regulatory Commission (NRC). The latest release of FAVOR, v. 16.1, is capable of modeling a broad range of loadings, including normal operational transients (start-up, shut-down, and leak-test) as well as upset conditions.  The FAVOR PFM code is distributed internationally by the NRC and used by more than a dozen countries for RPV assessments.

ORNL was recently was commissioned by the Federal Agency for Nuclear Control (FANC) in Belgium to provide an independent assessment of the existing safety margins against cracking of two Belgian reactor pressure vessels due to the presence of quasi-laminar flaws found in each Reactor Pressure Vessel. Based partly on the positive conclusions of our team assessment, FANC was able to authorize the restart of the two nuclear power plants in November 2015.