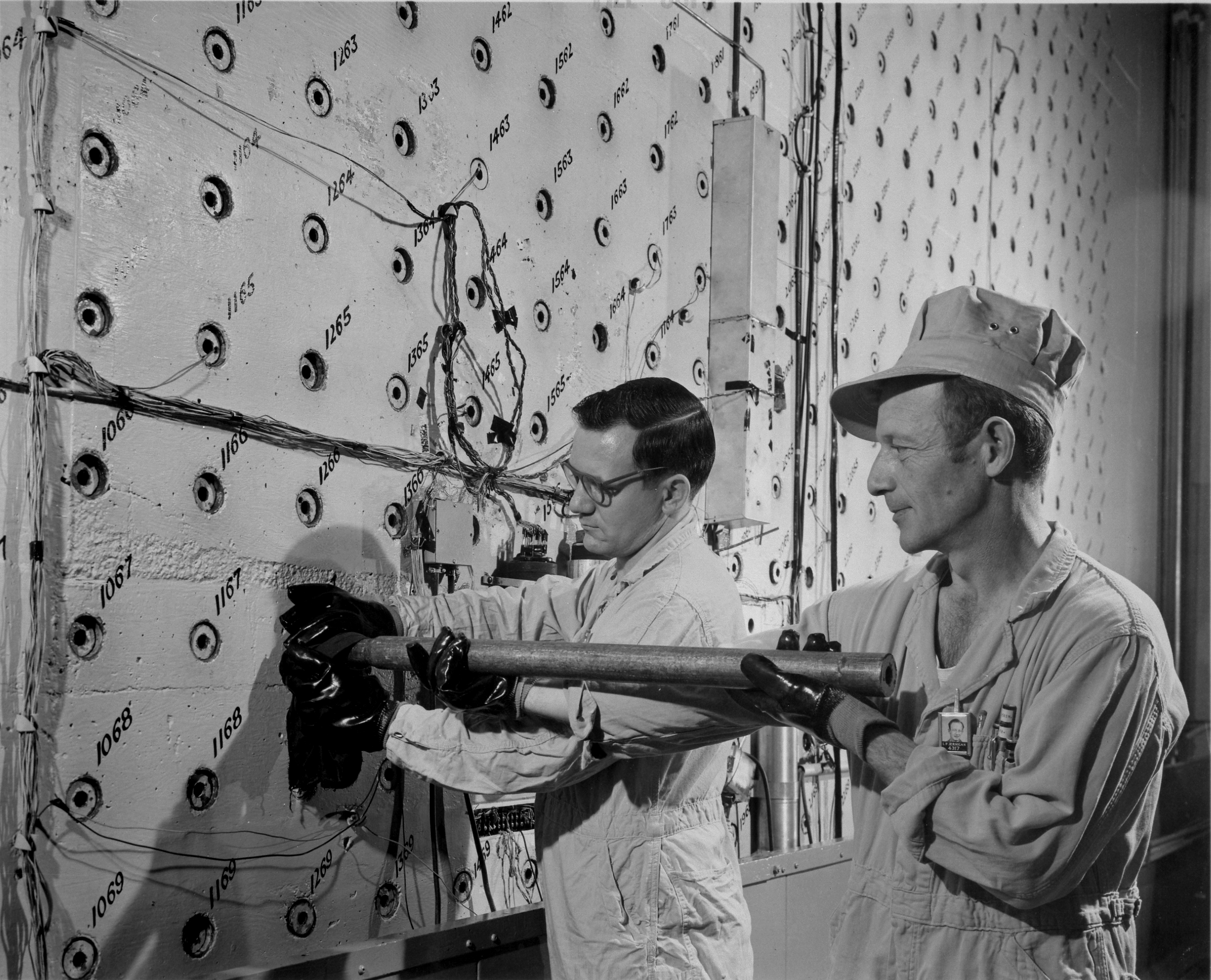 In the early, desperate days of US involvement in World War II, American scientists began to fear that the German discovery of uranium fission in 1939 might enable the Nazis to develop a super bomb. Afraid of losing this crucial race, the United States launched the top-secret, top-priority Manhattan Project.

The plan was to create two atomic weapons: one fueled by plutonium, the other by enriched uranium. Hanford, Washington, was selected as the site for plutonium production, but before large reactors could be built there, a pilot plant was necessary to prove the feasibility of scaling up from laboratory experiments. A secluded, rural area near Clinton, Tennessee, was chosen both for the full-scale production of enriched uranium and for the pilot-scale production of plutonium.

The Graphite Reactor, designed for this second purpose, was built in only nine months. Its job was to show that plutonium could be produced in significant amounts for extraction from irradiated uranium slugs, and its first major challenge was to produce a self-sustaining chain reaction.

Workers began loading uranium into the reactor during the afternoon of Nov. 3, 1943, and progress was swift. Before dawn on Nov. 4, physicist Enrico Fermi, creator of the world's first nuclear reactor, the Chicago Pile-1, was summoned from a nearby guest house. The reactor "went critical" at 5 a.m.; less than two months later, it was irradiating a third of a ton of irradiated uranium per day. Two months after that, Oak Ridge chemists produced the world's first few grams of plutonium.

During the 20 years the Graphite Reactor operated—from 1943 to 1963—it continued its pioneering role. It produced the first electricity from nuclear energy. It was the first reactor used to study the nature of matter and the health hazards of radioactivity. And for years after the war, it was the world's foremost source of radioisotopes for medicine, agriculture, industry, and other purposes, providing tens of thousands of shipments.

After the war, Alvin Weinberg worked on the mathematics of chain reactions at the University of Chicago alongside nuclear pioneer Eugene Wigner. When Wigner brought a half-dozen colleagues to Oak Ridge in May 1945, Weinberg was the first to arrive. Thirteen years later, at age 38, Weinberg was appointed director of Oak Ridge National Laboratory, retiring from that post in 1974.

"The work that took place at the Graphite Reactor had ramifications for many fields of science," Weinberg said. "This was the place, for example, where mammalian radiation biology in its modern sense really originated. The reactor had important implications for the development of nuclear power, both for naval submarines and for electric utilities. It had great influence, from the very beginning, on materials research, particularly the fields of neutron diffraction and radiation damage to solids. And then, of course, it was the first place where isotopes were produced for every science you can think of."

The Isotope Science and Engineering Directorate was established in 2020 as part of Reimagining ORNL. Isotopes had been a division of the Nuclear Science and Engineering Directorate, which also included fission and fusion energy. Devoting a directorate specifically to isotopes research and production underscores the Lab's focus on the isotopes mission. The new directorate will grow the impact of unique isotopes produced at ORNL using the High Flux Isotope Reactor, the Radiochemical Engineering Development Center, and the Lab’s other hot cell facilities.

Just in the last 15 years, the Lab started production of actinium-227, a critical ingredient in a highly effective prostate cancer treatment; discovered tennessine, element 117; and produced ruthenium-96—the first ruthenium enriched in the United States since 1983—to support studies on fundamental nuclear physics. Each of these milestones represents the Lab’s leading-edge isotope production capabilities.

Over the next decade, this diverse staff of scientists and engineers, using facilities and capabilities not available anywhere else in the world, will answer the nation’s need for new applications and production of unique isotopes. 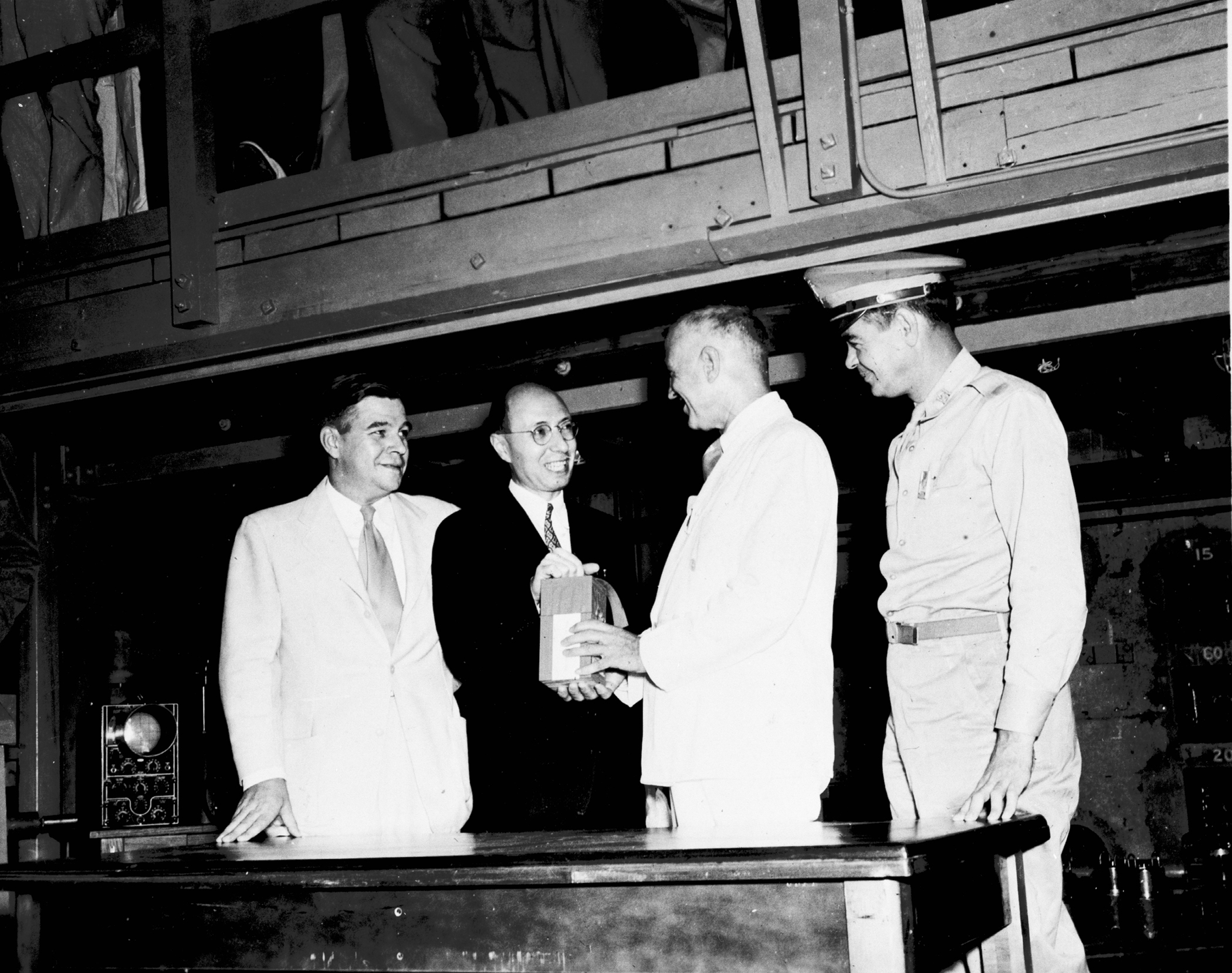 Eugene Wigner hands the first shipment of medical radioisotopes to A.U. Cowdry, Director of the Barnard Free Skin and Cancer Hospital, St. Louis, Missouri, August 1946. The small amount of carbon-14 was the first of more than 1,000 shipments of 60 different isotopes to medical and research facilities that year. Within the next five years, demand had ballooned to more than 20,000 shipments. 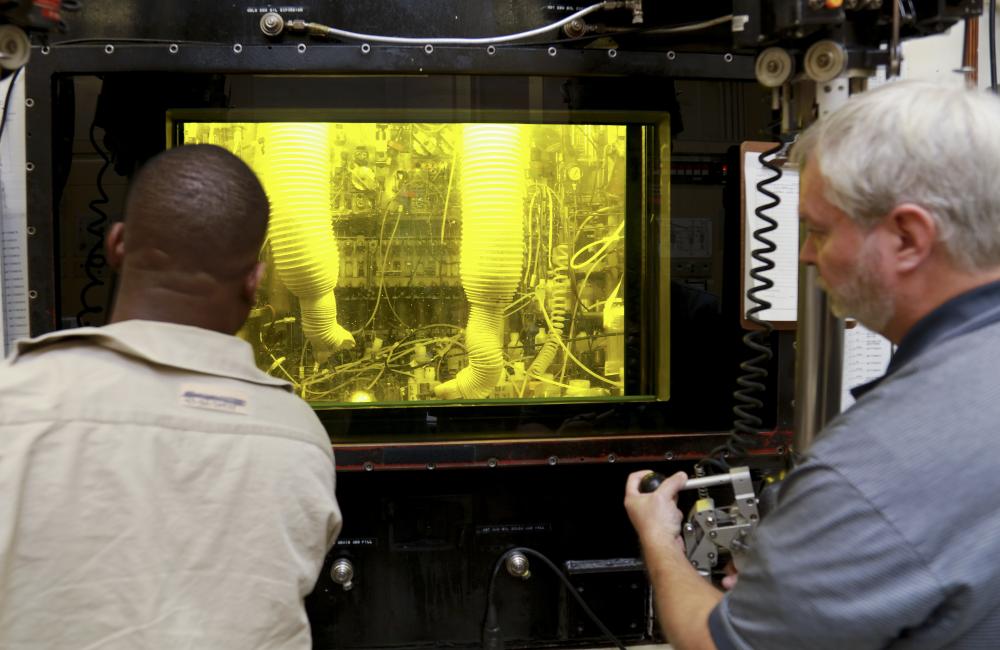 In 2015, NSED researchers brought back a capability that had been lost to the United States for nearly three decades—the production of plutonium-238. 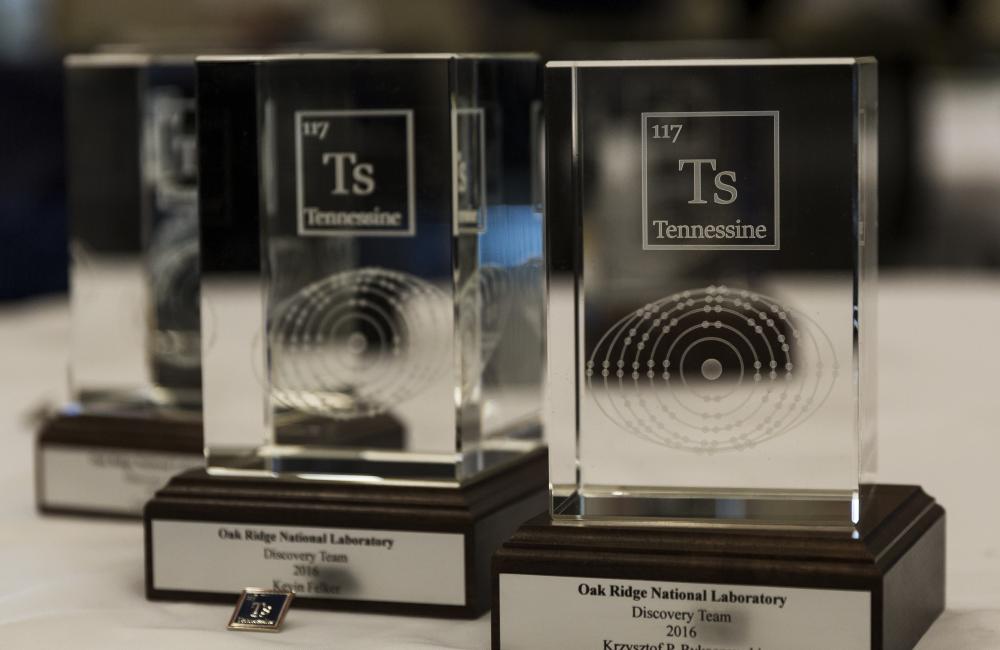 A history of discovering elements 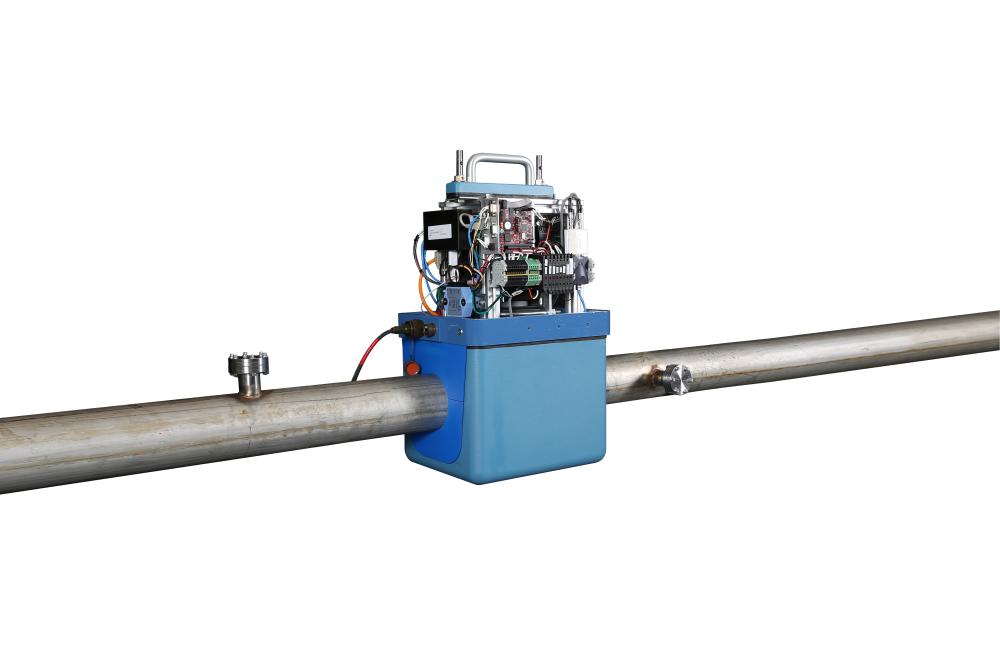 In 2016, NSED and others from ORNL, working with Los Alamos and Pacific Northwest national labs, developed the On-line Enrichment Monitor (OLEM) to help the International Atomic Energy Agency (IAEA) verify that nuclear material is used only for peaceful purposes. 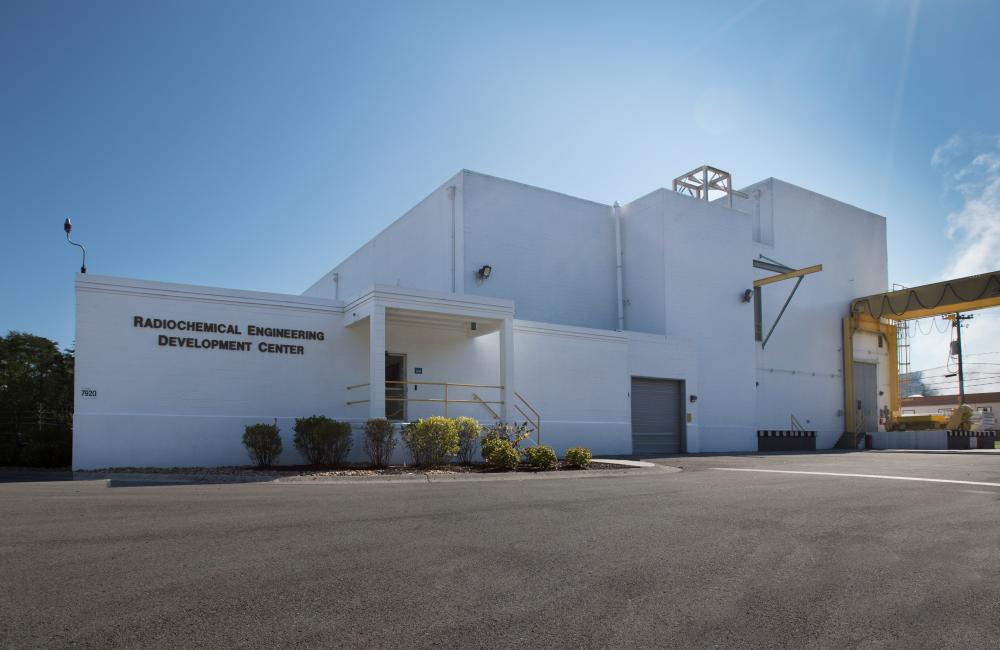 ORNL has been at the forefront of #isotope​ research and production since the 1940s. From medicine to global security, take a quick look how isotopes are essential for everyday life.