A seat at the table: Colleen Iversen 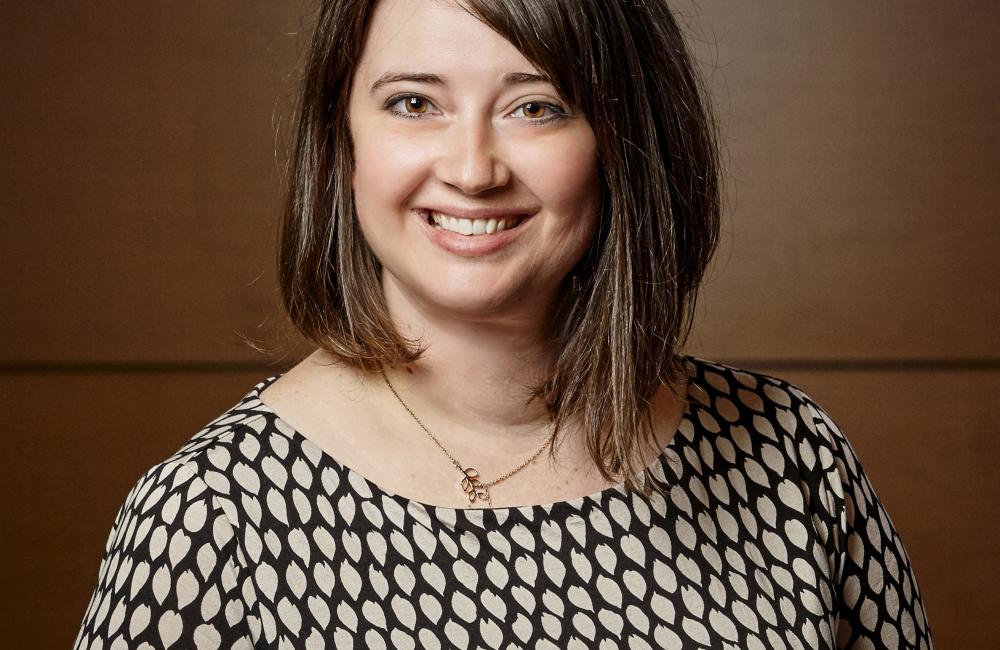 Colleen Iversen’s quest to understand the world below ground has taken her to remarkably diverse ecosystems above ground.

The ecosystem ecologist came to Oak Ridge National Laboratory in 2003 as a graduate student working on a large-scale carbon dioxide-enrichment project on the Oak Ridge National Environmental Research Park. But as ORNL’s research focus expanded, so did Colleen’s field work. Now as a senior scientist in the Environmental Sciences Division, her research has progressed from the temperate forests of East Tennessee to the boreal forests of Minnesota, the Alaskan tundra, and to tropical rainforests in Puerto Rico and Brazil.

“My main focus all these years has been to try to understand the hidden world beneath our feet—the tangling of plant roots with the surrounding soil environment and the importance of these interactions for climate change,” said Colleen, who also is the lead for the Integrated Ecosystem Sciences team in the Climate Change Science Institute.

The Ecological Society of America recently recognized her work, naming Colleen as an Early Career Fellow for her leadership in linking experimentation and modeling to increase knowledge about plant roots and their role in carbon and nutrient cycles.

For the SPRUCE experiment—Spruce and Peatland Responses Under Climatic and Environmental Change—Colleen leads the study of below-ground processes in the project’s overall assessment of how northern peatland ecosystems respond to rising temperatures and CO2 levels. She and her team remotely operate robotic cameras installed underground at the SPRUCE site in Minnesota, photographing root growth and development each week and analyzing the resulting data.

She also leads the plant traits task for NGEE Arctic—Next-Generation Ecosystems Experiments, which seeks to understand above-ground and below-ground interactions in Alaska’s warming environment. Colleen is involved in similar research as part of NGEE Tropics, which seeks to understand how tropical forests interact with Earth’s climate. The NGEE projects bring together researchers in multiple disciplines from national labs and universities across the country to establish a framework for predicting how ecosystems may respond to environmental changes.

Yet another project finds Colleen leading an international team of collaborators to develop a global root trait catalog, the Fine Root Ecology Database, or FRED. This effort collects information on roots that can serve as a launching point for the next generation of belowground investigations, as well as improve the representation of roots in ecological and climate models. Her work is funded by the US Department of Energy’s Biological and Environmental Research program.

The scientist said working with other researchers has been a high point of her career and one of the reasons she likes being at a national lab. “I’m measuring just one small piece of an important puzzle, but in the end you get to combine your piece with the pieces others are collecting. If I were in an academic setting, I might not have the opportunity to see the big picture,” Colleen noted.

From her student and postdoctoral days to her last 7 years as a staff scientist, Colleen says what has impressed her most about working at ORNL is the collegial atmosphere.

“There’s not a hierarchy here. Everyone has a seat at the table, including the postdocs. You’re all working on the same science. It’s very question- and project-oriented. I think I learned a lot as a grad student and a postdoc because I had that seat at the table,” Colleen said.

“A postdoc should be an apprenticeship in the best sense of the word, and I think I had that here. Now, overseeing two postdocs of my own, I was worried at first about being responsible for someone else’s career. But instead of added worry, it’s just been a lot of fun—having someone you can think about important science questions with,” she added. Colleen currently serves on 5 dissertation committees and enjoys mentoring students and interns. She holds joint faculty positions with the University of Tennessee (UT) Bredesen Center for Interdisciplinary Research and Graduate Education, and with UT’s Ecology and Evolutionary Biology Department.

Colleen grew up turning over rocks and digging in the dirt on her family’s 25 acres in rural Michigan. She has tried to instill that sense of wonder in her 6-year-old son Grant, who has lately transitioned from an all-consuming interest in the solar system to a focus on Planet Earth, and now wants to be addressed as “Sir David Attenborough.”

Of great inspiration to Colleen were her parents—both geologists—who took their daughter on summer vacations to parts of the country where a road cut was worth pulling over and examining for historical interest. She recalls a 3-week driving trip through the western US where she took in sights like the Grand Canyon, Yellowstone, and Wyoming’s Devils Tower. “I remember my parents telling me to stop reading my book and just look out the window.”

It was a class in plant systematics as an undergrad at Hope College that began to narrow her interest from biology to plant science. The course’s professor often made up poems about different tree species, and took his class on a month-long tour of Wyoming to study geology and botany. Colleen earned a B.S. in biological and environmental sciences at Hope, and later earned an M.S. in biological sciences at the University of Notre Dame. She earned her Ph.D. in ecology and evolutionary biology at UT, where she first met ORNL scientist and corporate fellow Richard Norby, who oversaw her graduate studies and continues to mentor her to this day, nearly 15 years later.

Outside ORNL, Colleen spends free time with her family, hiking and teaching her son to dig in the dirt.