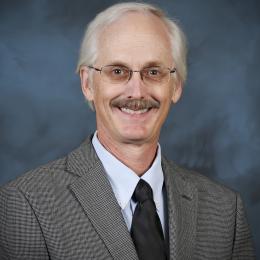 Dr. Baylor is a distinguished staff scientist in the Fusion and Materials for Nuclear Systems Division of the Oak Ridge National Laboratory (ORNL), involved with plasma fueling and transport studies in the field of magnetic fusion energy and in the development of nanotechnology. He is the author or coauthor of over 140 papers published in journals and 75 in conference proceedings. He is an inventor of 5 patents that have been granted to ORNL.

Since 1989 he has served as a research staff member in ORNL’s Fusion Energy Division. Before that time he was an instrumentation engineer supporting magnetic fusion experiments at ORNL. His engineering experience consists of cryogenic instrumentation, plasma diagnostics, computer data acquisition, and programmable logic controls.

He was responsible for the data acquisition system for the $100M International Fusion Superconducting Magnet Facility in the 1980s.Dr. Baylor has been a primary contributor to the design and participated in the experimental program for fueling systems on several major magnetic fusion devices (TFTR, JET, Tore Supra, DIII-D, W7-AS, LHD). He spent two years at the JET Joint Undertaking in the United Kingdom, where he maintained and operated an ORNL pellet injector and did his Ph.D. research on plasma particle transport on JET.

He is currently the principal investigator on pellet fueling at DIII-D, where inner wall pellet fueling and pellet ELM and disruption mitigation techniques have been developed and investigated for use on ITER. Dr. Baylor participated in the fueling system research and development activities for ITER and is currently the technical lead for the fueling, and disruption mitigation system design activities for the US ITER project.

He has participated in organizing conferences and has been on the program committee for the APS Division of Plasma Physics and involved in working groups of the International Tokamak Physics Activity (ITPA) since 2002. He is presently a member of the ITER disruption task force.

Physics of runaway electrons with shattered pellet injection at JET...