OAK RIDGE, Tenn., Feb. 27, 2020 — Researchers at Oak Ridge National Laboratory and the University of Tennessee achieved a rare look at the inner workings of polymer self-assembly at an oil-water interface to advance materials for neuromorphic computing and bio-inspired technologies.

Results published in the Journal of the American Chemical Society provide new insights on the way molecules pack and order themselves into “tunable” interfaces, monolayer thick surfaces with structures that can be modified for specific functionalities.

“Understanding the design rules of the chemistry happening at the liquid-liquid interface ultimately informs how we can make new materials with custom properties,” said Benjamin Doughty of ORNL’s Chemical Sciences Division.

The study expands interest in using soft materials to mimic lipid bilayers — selective membranes with important biological functions, such as processing signals across the brain’s neural network and transporting ions, proteins, and other molecules across cells.

“Because lipids are inherently fragile and decay, we are interested in developing polymer-based counterparts that offer stability and can also give us a range of natural functionalities,” said Pat Collier of ORNL’s Center for Nanophase Materials Sciences, a DOE Office of Science User Facility. 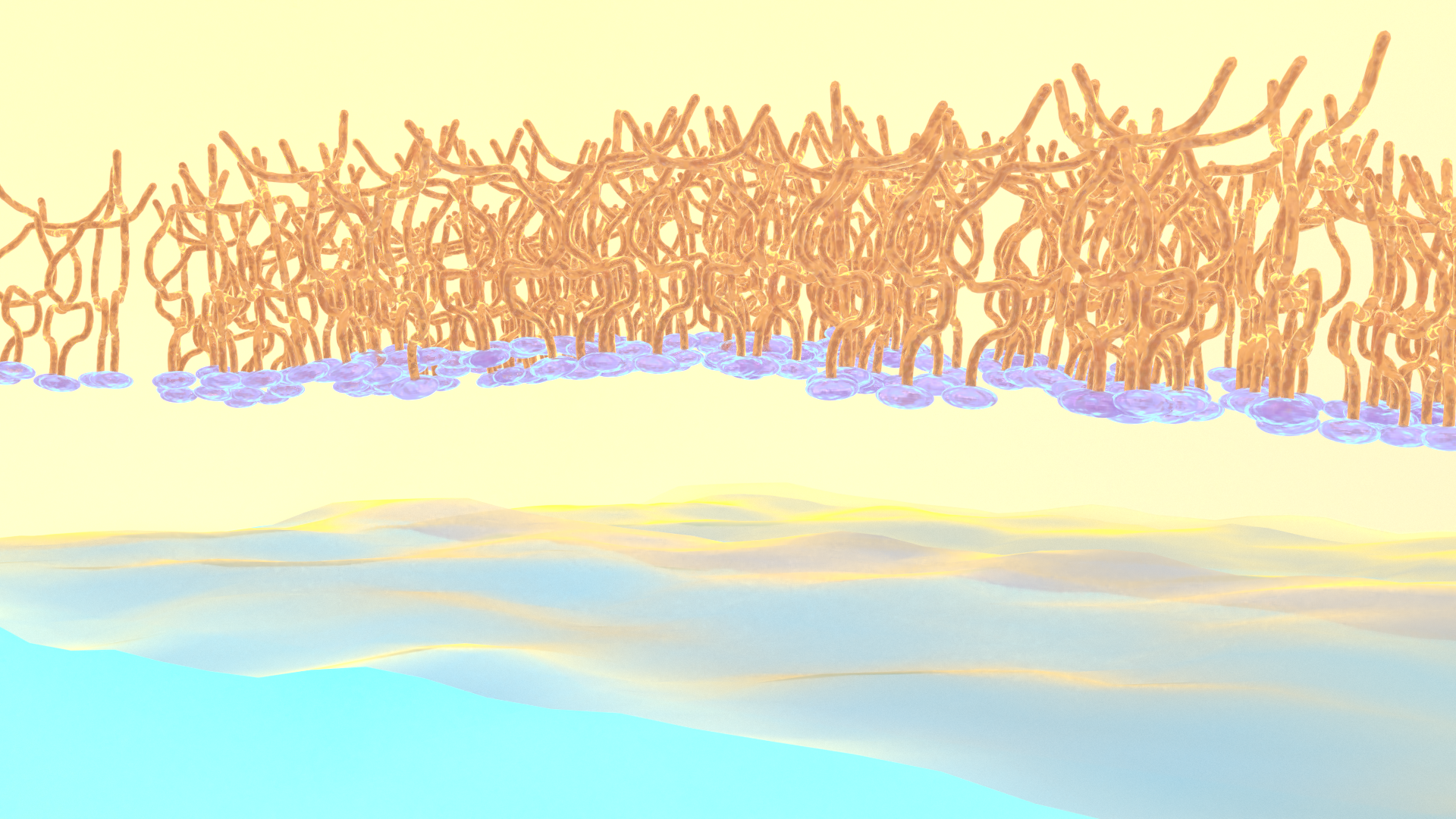 Without the knowledge of interfacial chemistry, however, creating functional bilayers from natural or synthetic molecules involves a certain degree of mystery. Chemical species interacting in a beaker of solution may or may not form analogous membranes with selective properties, such as the capability to store or filter sensory impulses that make up the nondigital language of neuromorphic computing.

“To be able to train molecules for specific purposes and unlock new functionalities, we need to understand what is happening on a molecular level during self-assembly,” Collier said.

For the experiment, researchers chose an oligomer, a small polymer variant with a similar structure to natural lipids, and used surface spectroscopy methods to probe the molecular monolayer — one side of a bilayer — formed between water and oil.

The ORNL team is one of only a few groups that has probed the liquid-liquid interface, an important area of research, but understudied because of technical challenges.

“Our goal was to investigate how the asymmetry at the oil-water interface causes species to adsorb differently, to pack and order into a functional design,” Doughty said.

The studied oligomer is an amphiphilic molecule, meaning parts of its structure are hydrophobic while others are hydrophilic. When samples stabilized in oil are introduced into a water-based solution, the molecules self-assemble in response to their mixed attraction and repulsion to water.

“Being able to observe in real time how these molecules arrange at a varied interface is a broadly applicable fundamental scientific accomplishment,” Doughty said.

As shown in the animation, the charged oligomer heads home in on the water phase; but the flexible tails coil up in the oil when they have room to spare, or tighten to accommodate neighbors as the interface becomes crowded.

“We discovered that adjusting the ions, or charged particles, in the water phase aided in the formation of well-defined interfaces, with oligomers taking on more tightly coiled structures,” Doughty said.

Too few ions and the tails spread out loosely, leaving gaps; too many, and they squeeze in, ballooning from the surface.

“The findings point to approaches for modifying the size and shape of monolayers, and — at the next stage — enabling bilayers with asymmetrical designs, just like natural lipids,” Collier said. “The work brings us a step closer to unlocking new potentials in biomaterials.”

Tailoring surfaces on a molecular level to design new materials opens possibilities not only for biocomputing but also broadly for chemical separations, sensing and detection.

“Observing the liquid-liquid interface helps us understand the chemistry that drives all of these technologies,” said Doughty.

The journal article is published as “Insight into the Mechanisms Driving the Self-Assembly of Functional Interfaces: Moving from Lipids to Charged Amphiphilic Oligomers.”

The research was supported by ORNL’s Laboratory Directed Research and Development Program. Measurements and materials synthesis performed by collaborators were supported by the DOE Office of Science and the National Science Foundation. A portion of the research was conducted at the Center for Nanophase Materials Sciences. 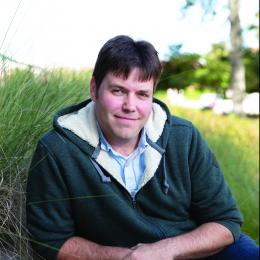 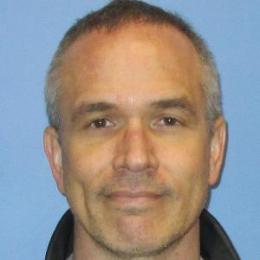