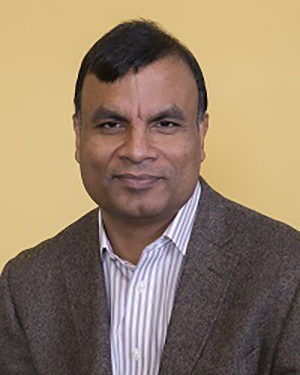 Kalyan Perumalla, of the Department of Energy’s Oak Ridge National Laboratory, has been elected chair of the Association of Computing Machinery’s Special Interest Group on Simulation.

According to the organization’s website, ACM is the “world’s largest educational and scientific computing society” and “brings together computing educators, researchers, and professionals to inspire dialogue, share resources, and address the field's challenges.”

ACM’s Special Interest Groups, of which there are 37, aim to advance innovation in computing’s major subfields via networking, continued education, and numerous other functions.

Specifically, the international simulation SIG co-sponsors major international conferences such as the Winter Simulation Conference and the Conference on Principles of Advanced Discrete Simulation, recognizes leading research via Distinguished Innovation Awards, provides support for students to travel to major events, and hosts a social network on LinkedIn, among other things, all in support of the world-wide simulation community.

Perumalla cited two primary motivations for his desire to lead the group: giving back to the community and setting the stage for the next decade.

He’s been involved with SIGSIM for over 20 years; in fact, the first paper he submitted to the organization’s flagship international workshop in 1999 won the Best Paper Award. “I couldn’t pass up the opportunity to lead this professional community I’ve been a part of for so many years,” he said.

It’s an interesting time to assume such a role as the science of simulation is rapidly incorporating new technologies and domains. For instance, artificial intelligence is becoming increasingly important as datasets grow, and the adoption of accelerators such as GPUs and FPGAs is changing the nature of hardware. Not only that, but domains that have thus far remained on the fringes (such as epidemiology, the electric grid, and manufacturing) are poised for simulation-based breakthroughs.

“I want to usher in the next ten years,” said Perumalla. “The simulation field is going through significant changes with the introduction of AI and high-performance computing technologies, and new domains, including those in the social sciences and cyber-physical systems, coming into the fold. I want to bring the leaders of these communities together to push the state of the art.”

A distinguished research and development staff member at ORNL, Perumalla founded and currently leads the Discrete Computing Systems Group in the laboratory’s Computer Science and Mathematics Division. He also serves as an adjunct professor in the School of Computational Sciences and Engineering at the Georgia Institute of Technology and as an ORNL joint professor in the Department of Industrial and Systems Engineering at the University of Tennessee, Knoxville.

His algorithms have achieved simulations spanning more than 200,000 compute cores on ORNL’s leadership machines, and, more recently, on thousands of GPUs of the Summit supercomputer, currently the world’s most powerful. 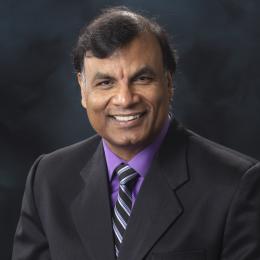