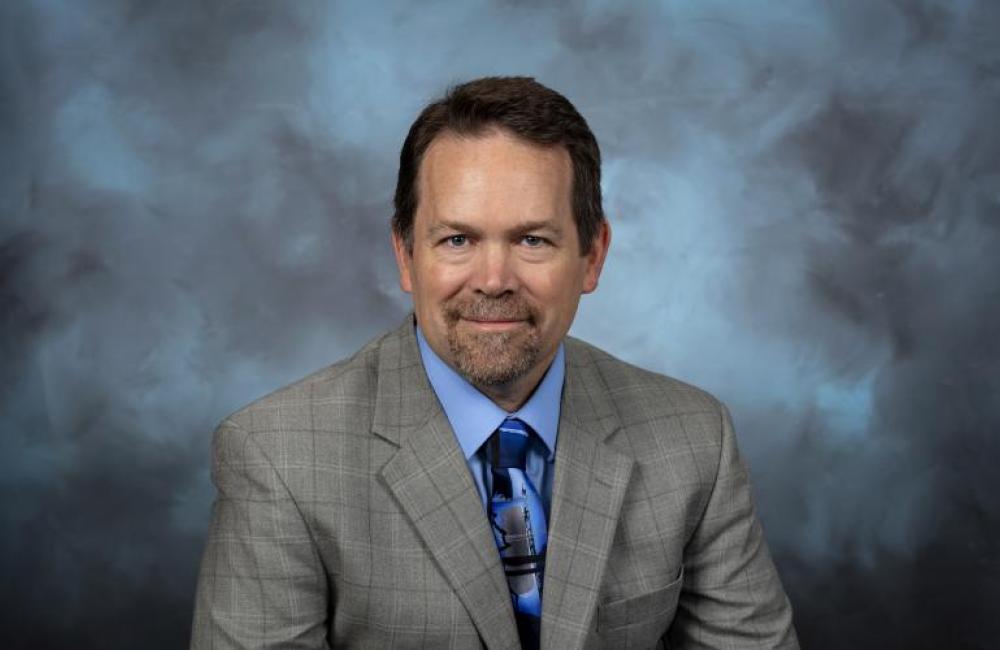 A team led by Oak Ridge National Laboratory scientists will receive a $6 million federal grant to design a more efficient form of artificial intelligence that fits on a microchip and can run on everything from a supercomputer to a household laptop.

The U.S. Department of Energy’s Office of Science awarded the grant as part of a $54 million package supporting 10 projects that aim to increase energy efficiency in microelectronics design and production. Jeffrey Vetter, an ORNL corporate fellow known for his pioneering work in advanced computing, will head the three-year effort, named “Abisko” after a Swedish national park famed for its views of the aurora borealis, or northern lights. The team includes scientists and engineers with experience across the cyber spectrum — from algorithms to architectures to material assembly.

Advanced microelectronics hold the potential to fuel innovative solutions to challenges in clean energy, climate, and national security. Miniaturization of electronic devices has spawned a digital revolution over recent decades, resulting in smaller and more powerful devices, such as phones and computers, that offer improved convenience and scientific advancement and innovation. Scientists warn this trend of continual shrinking, generally known as Moore’s Law, has begun to slow. Alternative computing architectures, such as neural networks, can improve performance and energy efficiency of traditional central processing units, or CPUs.

“Thanks to microelectronics, technologies that used to swallow entire buildings now fit in the palms of our hands — and now they are supporting climate solutions in electricity, transportation, and renewable energy,” Secretary of Energy Jennifer M. Granholm said. “DOE’s world-class scientists are stepping up to reduce the carbon footprint of microtechnologies used by billions of people around the world to secure our clean energy future, increase American competitiveness, and lead on climate action and innovation.”

The Abisko project at ORNL seeks to develop an advanced spiking neural network, a type of artificial intelligence that mimics the human brain by recognizing patterns and improving with each match by learning as it goes. Such networks can be used for photo recognition, translating spoken language into code, and a wide range of other applications. The resulting device would fit into a portable package designed to work across computing platforms past, present and future.

“The challenge is that the architecture we’re trying to design doesn’t exist yet,” he said. “We’ve pulled together this great team of experts to look at the fundamental principles to try to decide how it should be designed. The goal is a brain-inspired model that uses low power to analyze signals and patterns with much greater energy efficiency than existing digital systems, while providing for seamless integration into existing computer architectures.”

“We’re really focused on a deep co-design to inform every decision, from the materials and circuits to the software and algorithms,” Vetter said. “We hope by the end of the project we will have a preliminary design, just short of fabricating a prototype device. We will not have enough funding to actually build the device, but we will have an end-to-end design that pulls all these pieces together.”

A successful result would help carry the microelectronics revolution into its next generation — a transition so smooth, users barely notice.

“Most of the time, the user may not realize which processors in their phone or tablet are classifying or morphing their photos,” Vetter said. “But they will notice their phone or laptop with many new and surprising capabilities.”

The grants were awarded to projects based on peer review under the DOE National Laboratory Announcement, “Microelectronics Co-Design Research.” Total funding will be $54 million for projects lasting up to three years, with $18 million in fiscal year 2021 dollars and outyear funding contingent on congressional appropriations. A list of awards can be found here.

UT-Battelle LLC manages ORNL for the DOE’s Office of Science, the single largest supporter of basic research in the physical sciences in the United States. The Office of Science is working to address some of the most pressing challenges of our time. For more information, please visit https://energy.gov/science. — Matt Lakin