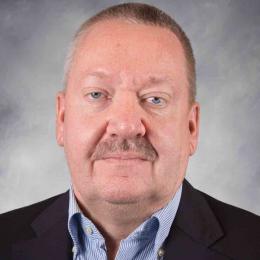 Born in the Netherlands and graduated in experimental solid-state physics from Groningen University with interest in the non-crystalline matter. Employed by the Dutch Research Council (NWO) to operate a SAXS beamline on the Synchrotron Radiation Source (SRS) in Daresbury (UK). The research interest there shifted from an organic non-crystalline matter to more organic materials. Constructed the first dedicated SAXS/WAXS instrument on the SRS, which was created a very successful program in soft condensed matter, and especially in synthetic polymers. Developed together with A.J Ryan, now Sheffield University, a multimodal instrument suite for fundamental and polymer processing experiments.

In 1988 the Dutch Research Council transferred its activities to the European Synchrotron Radiation Source (Grenoble, France), where I first worked as a beamline scientist and form 1990 onwards as project leader. This project consisted of X-ray spectroscopy and a SAXS/WAXS beamline. The spectroscopy beamline had a heavy emphasis on in operando and time-resolved catalysis experiments. The SAXS/WAXS beamline, among other support from the Dutch Polymer Institute (DPI), had a strong polymer and colloids program. The experimental program on both beamlines had a strong industrial context.

In August 2016, a transfer to Oak Ridge National Laboratory as Division Director for Biology and Soft Condensed Matter in the Neutron Sciences Directorate followed. After the reorganization of the Neutron Sciences Directorate, the activities were moved to the Chemical Sciences Division. Here a new state of the art SAXS/WAXS instrument was obtained with a metal-jet X-ray generator, which will be used by the wider ORNL research community.

Past, Present and Future - Sample Environments for Materials Research Studies in Scattering and Spectroscopy; A UK perspectiv...

When x-rays alter the course of your experiments...