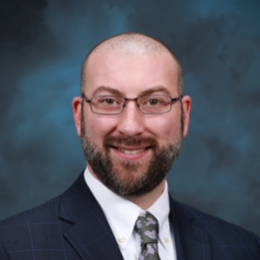 Dr. William Wieselquist is Senior Research and Development Staff in the Reactor Physics Group of the Reactor and Nuclear Systems Division at Oak Ridge National Laboratory (ORNL) and since 2019 the Director of the SCALE Code Suite. He earned a Ph.D. in Nuclear Engineering from North Carolina State University in 2009. From 2009 to 2012 was staff at the Paul Scherrer Institut, where he established an uncertainty quantification platform around the Studsvik Scandpower core analysis codes in addition to core safety analysis duties for the Swiss nuclear power plant, Beznau Units 1 and 2. At ORNL, he has assumed development roles in the SCALE code suite, currently lead developer and manager of the ORIGEN depletion/decay and the Sampler sampling-based uncertainty quantification codes. He has also played a role in developing the new Polaris lattice physics code in SCALE, particularly with regard to the input design. His main interests include sensitivity analysis, uncertainty quantification, data assimilation, verification and validation, lattice physics, depletion methodologies, multi-physics couplings, as well as user and application interface design.

2018 Joule Award from NNSA Office of Nonproliferation and Arms Control

Journal: Science and Technology of Nuclear Installations
view all