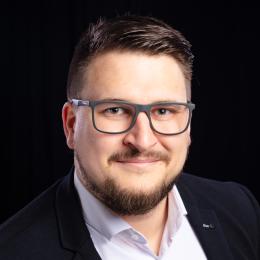 Bor Kos joined the Radiation Transport Group within the Nuclear Energy and Fuel Cycle Division as an Assistant R&D Staff Member in June 2021 and was promoted to the position of R&D Associate in October 2021. Bor completed his Master and Bachelor of Science degrees in Nuclear Engineering from the University of Ljubljana in Slovenia. After completing his master’s degree, Bor was a grad student at the Universtiy of Ljubljana and a young researcher at the Reactor Physics Department at Jozef Stefan Institute (JSI) in Ljubljana. At JSI Bor focused on radiation transport simulations for fusion applications using hybrid transport codes and in parallel contributed nuclear data sensitivity and uncertainty analyses for various fusion and fission-oriented projects. As part of his PhD he collaborated with ORNL.

At ORNL Bor is working on hybrid transport methods for radiation transport simulations (prompt and delayed) focusing on fusion applications for the ITER, US-ITER and EUROfusion projects.

In his spare time, Bor likes to replenish his creative energy with outdoor sports, including hiking, climbing, mountaineering, backcountry skiing and backpacking.

Effect of Shielding Homogenization on Neutronics of ITER EP Plugs...

From CAD to Nuclear Data S/U for Shielding Applications...

Journal: Transactions of the American Nuclear Society
view all