Nuclear Considerations for the Application of Lanthanum Telluride in Future Radioisotope Power Systems...

Thermoelectric-based radioisotope power systems (RPSs) produced in the United States convert the heat generated by the radioactive emission of alpha particles from plutonium dioxide ( 238 puO 2 ) into electricity by means of the Seebeck effect [1]. Certain designs for thermoelectric convertors propose the use of lanthanum telluride (La 3 Te 4 ) materials due to their significant conversion capabilities [2]. The generation of neutrons from spontaneous fission and alpha-neutron (α,n) reactions is also associated with the decay of 238 PuO 2 . A portion of these neutrons will interact with the thermoelectric materials and induce trace amounts of transmutation reactions in various lanthanum and tellurium isotopes. While very small quantities of several transmutation products are predicted, the most significant reaction channels are expected to produce trace amounts of iodine which will accumulate over time. Although iodine is classified as a halogen, it is the least reactive of the halogens, and as such, it is the most likely to be able to chemically convert back into the molecule I 2 . Since I 2 is a gas at RPS temperatures, it may be possible for iodine to attack other components in the thermoelectric cavity of an RPS system. Iodine reacts easily with metals to produce a wide variety of salts. This behavior could affect the performance of La 3 Te 4 thermoelectric devices, particularly the segmented architectures that include multiple sets of bonding and metallization layers. In this type of architecture, several segments of different thermoelectric materials are joined to increase the average thermoelectric figure of merit over a relatively large temperature gradient. It is plausible that sophisticated bonding/metallization layers could be required to join the segment interfaces to each other and to the cold- and hot-shoe materials. The long-term stability and performance of these segmented material combinations could degrade as a result of the potential formation and reactions of metal-iodide compounds at the segment interfaces. This paper (1) investigates the degree to which, if any, this process may threaten potential La 3 Te 4 thermoelectric technologies, (2) presents calculations of the amount of iodine generated over the operational life of a radioisotope thermoelectric generator design, and (3) discusses the potential effects of the resulting material's chemical reactions in a segmented couple-level architecture containing La 3 Te 4 . Conclusions drawn from combined particle transport, transmutation, and thermochemical calculations for La 3 Te 4 thermoelectric materials undergoing a notional 20-year mission scenario suggest that there is no significant potential for transmutation-induced thermoelectric (TE) performance degradation. 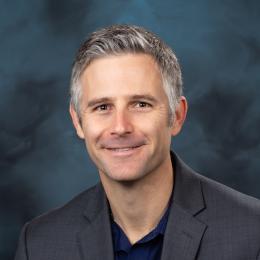