Background: The C. bescii genome does not encode an acetaldehyde/alcohol dehydrogenase or an acetaldehyde dehydrogenase and no ethanol production is detected in this strain. The recent introduction of an NADH-dependent AdhE from C. thermocellum (Fig. 1a) in an ldh mutant of this strain resulted in production of ethanol from un-pretreated switchgrass, but the thermolability of the C. thermocellum AdhE at the optimum growth temperature of C. bescii (78 degrees C) meant that ethanol was not produced above 65 degrees C. Results: The adhB and adhE genes from Thermoanaerobacter pseudethanolicus 39E, an anaerobic thermophile that produces ethanol as a major fermentation product at 70 degrees C, were cloned and expressed in an ldh deletion mutant of C. bescii. The engineered strains produced ethanol at 75 degrees C, near the ethanol boiling point. The AdhB expressing strain produced ethanol (1.4 mM on Avicel, 0.4 mM on switchgrass) as well as acetate (13.0 mM on Avicel, 15.7 mM on switchgrass). The AdhE expressing strain produced more ethanol (2.3 mM on Avicel, 1.6 mM on switchgrass) and reduced levels of acetate (12.3 mM on Avicel, 15.1 mM on switchgrass). These engineered strains produce cellulosic ethanol at the highest temperature of any microorganism to date. In addition, the addition of 40 mM MOPS to the growth medium increased the maximal growth yield of C. bescii by approximately twofold. Conclusions: The utilization of thermostable enzymes will be critical to achieving high temperature CBP in bacteria such as C. bescii. The ability to produce ethanol at 75 degrees C, near its boiling point, raises the possibility that process optimization could allow in situ product removal of this end product to mitigate ethanol toxicity. 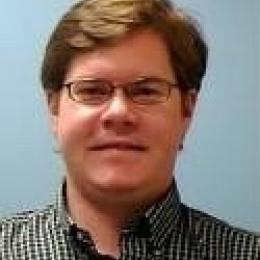