Dr. Russell received her A.B. in chemistry from Hunter College, New York City, in 1945, and completed her Ph.D. in zoology (genetics) from the University of Chicago in 1949, about two years after joining the Biology Division of ORNL. She has conducted and supervised research in that division ever since and was a section head from 1975 to 1995.

Dr. Russell has achieved international recognition for her contributions to basic mammalian genetics, and for her pioneering research in mutagenesis, which provides a broad basis for assessing genetic risk to humans from radiation and chemicals. Several of the genetic tests developed by her are now widely used around the world. Dr. Russell has also contributed to the area of teratology and carried out a classical study to identify which periods during embryogeny were critical for the normal development of various parts of the body.

Among her discoveries in basic genetics are the findings that the mammalian Y chromosome is male-determining and that only one of two or more X chromosomes is active. She has also analyzed the nature of numerous induced and spontaneous mutations, and has characterized deletion complexes that served to generate early functional maps for several regions of the mouse genome. These have provided the framework for coordinated functional/physical mapping now being carried out by the use of molecular techniques at ORNL and elsewhere.

Dr. Russell served as scientific advisor for the U.S. delegation at the first Atoms for Peace Conference held in Geneva in 1955, and in 1973 was the first woman to receive the internationally awarded Roentgen Medal. She was elected to the Hunter College Hall of Fame in 1979. In 1986, she was elected to the National Academy of Sciences. In 1987 she received the U.S. Department of Energy's (DOE's) Distinguished Associate Award, and in 1994 the Fermi Award, DOE's highest research honor.

Dr. Russell has been a member of various committees and boards of the National Academy of Sciences, of the International Commission for Protection Against Environmental Mutagens and Carcinogens, of the National Council on Radiation Protection and Measurement, and of the U.S. Environmental Protection Agency's Gene-Tox Program. She has served on the editorial boards of Mutation Research and Environmental and Molecular Mutagenesis. She is a fellow of the American Association for the Advancement of Science, past president of the Environmental Mutagen Society, and the 1993 recipient of the Society's EMS Award. Dr. Russell has more than 150 publications. She is continuing to conduct research in mammalian genetics.

Profile: Liane Russell: She was always there 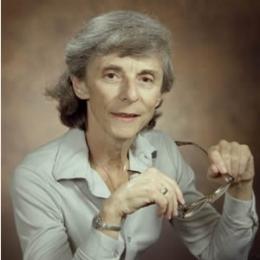