Liane Russell: She was always there 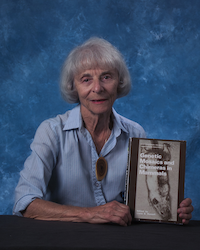 The life of celebrated ORNL biologist Liane Russell was remarkable in many respects — from her childhood flight from Austria ahead of the Nazi invasion to her 60-year career as a trailblazing woman in the field of genetics to her decades of advocacy for environmental causes.

However, her most enduring legacy may be the way her tenure as a section head in the Biology Division shaped the careers of the next generation of scientists.

Retired former head of the mammalian genetics program at ORNL, Dabney Johnson, met Russell in the mid-1970s through their mutual interest in the environment. In the mid-1980s she went to work for her as a graduate student and eventually did research for her doctorate under Russell's direction.

"She was not my major professor, but she was very much a mentor,” Johnson said. "You know, always a good friend and always a shoulder to cry on or a person to sit down and have a beer with when things were not going well. She was on my PhD thesis committee and gave me advice about other experiments that I needed to do."

Johnson, who continued working in the lab’s mammalian genetics program after receiving her doctorate, recalled what stood out about Russell's leadership style was her ability to lead by example and her trust in staff to do a good job without micro-managing.

"She would hire people, show them what she wanted them to do, and then she'd get out of the way and let them do it," Johnson said. "She out-worked everybody. She was always the last one in the lab, but she trusted people. She didn't hang over them. People learned that if they screwed up, which every single one of us did, they could just go to her and say, 'Lee, here's what I did,' and then everything would be fine.

"She was very powerful in a corporate sense and in the research world, but she never abused that power. She always led by example. She would never castigate anyone.“ ​​ 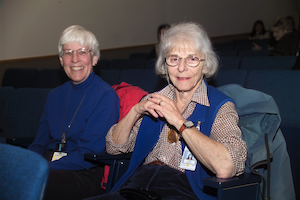 Russell's leadership by example also extended to the way she approached any research problem.

"She was fascinating to watch," Johnson said. "She would do a set of experiments to answer a question of interest to her, get facts, and then she would sit down and say to herself or to the people she was talking to, 'Okay, what is the range of possible explanations for what we see? Is it number one, number two, number three...?' Then she would design experiments to test each of those possibilities. She never jumped to conclusions. She never just decided that it's number three and we don't need to look at number one and number seven. She would look at all the experiments and find what the actual truth was. She wouldn't make a statement or publish anything until she found that proof, and if she couldn't support her hypothesis with the data, she discarded it and started looking for another explanation."

Russell's expectations of her staff were equally high, but she made everyone want to live up to those expectations.

"She was the kind of person who made you want to work hard so you could find an interesting result and show it to her," Johnson said. "Of course, she would be delighted when that happened. She was a pleasure to work for."

Today, Rick Woychik is the Director of the National Institute of Environmental Health Sciences at NIH, but in 1987 he had just been recruited by Liane Russell to be part of the laboratory's mammalian genetics program. He recalled three qualities of Russell's leadership style that he thought were critical to building a successful research organization.

"There are many things that I admire about Dr. Russell," Woychik said. "First, as the head of mammalian genetics, she had the vision to bring in molecular geneticists like Gene Rinchik and myself. We brought in complementary technical skill sets that allowed us to collaborate with Dr. Russell to analyze the very interesting genetic mutations in mice that she and her husband, Bill Russell, had spent decades developing. I learned a lot of fundamental genetics from her, and as a result of the work that we did together, we gained insights into the molecular mechanisms that drive early embryonic development, type 2 diabetes, obesity and more. A whole variety of things came from the analysis of these mutations. Her mutant resources proved to be a treasure trove for many other mammalian geneticists across the globe.”

Woychik was also struck by the fact that Russell had mapped out a strategy for the next decade of mammalian genetics research, and he watched her successfully implement it.

"I learned a lot from that," Woychik said. "In fact, I still live by what I learned from Dr. Russell. I'm a planner. It’s best to develop a comprehensive plan that includes details on what you want to achieve, when it needs to get done, and how much it is going to cost.”

"The third component is that Lee was one of the nicest and most generous people that I've ever interacted with. She was always thinking about what she could do to help me out—what else could someone starting their independent professional career ask for? When it came time to sit down and talk about my scientific challenges, she was always there. She was very generous with her time and would carefully read through my grant proposals to make sure that she could bring her wisdom to crafting them in a way that would make them fundable.”

I feel lucky that I made the decision to start my independent research career with Lee — and with Bill — at Oak Ridge.”

For more information on the life and science of Liane Russell, take a look at the resources below: