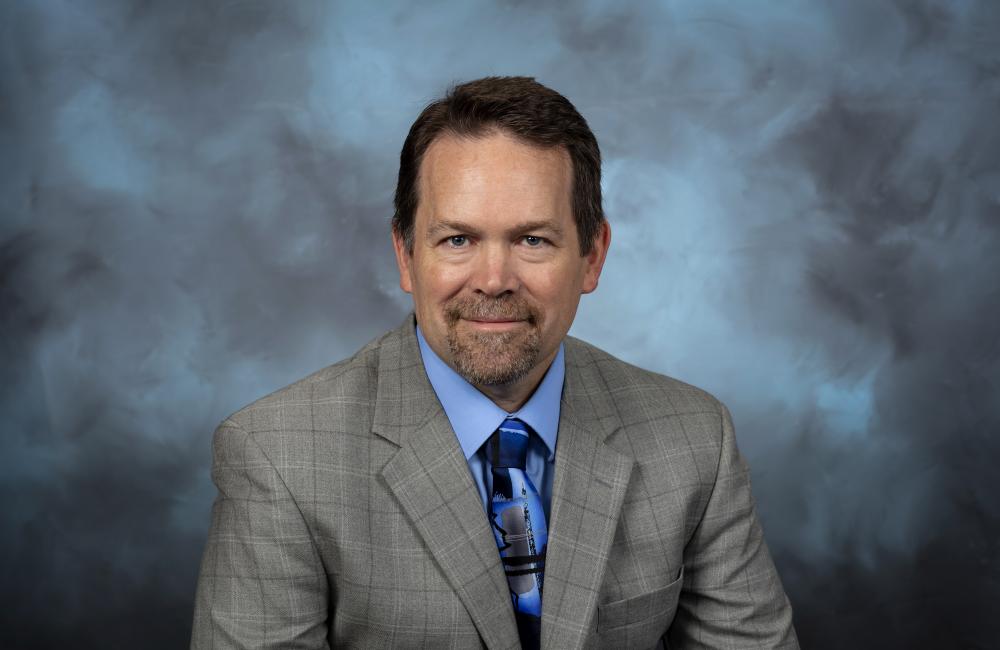 At this year’s International Conference for High Performance Computing, Networking, Storage and Analysis, also known as SC20, a paper published 18 years ago received the Test of Time Award. One of the paper’s 114 authors, Jeffrey Vetter, leads the Advanced Computing Systems Research Section at the Department of Energy’s Oak Ridge National Laboratory.

As a computer scientist at DOE’s Lawrence Livermore National Laboratory in 2002, Vetter collaborated with other researchers from LLNL and IBM to publish the award-winning paper titled “An Overview of the Blue Gene/L Supercomputer.”

The Test of Time Award, a staple of the SC conference series since 2013, recognizes one paper each year that left a significant, concrete and lasting legacy in the field of high-performance computing, or HPC, either by providing a blueprint for future research or by changing the trajectory of the field as a whole. Along with other members of the team, Vetter presented the paper at SC20 to outline its impact on HPC endeavors at DOE national laboratories, industry institutions and beyond.

“I was very fortunate to be part of this groundbreaking codesign project as one of my first assignments at LLNL. The project acquainted me with many top experts in HPC and introduced me to multiple exciting aspects of the field.”

An important piece of HPC history, this paper was the first peer-reviewed publication to provide the scientific community with detailed insights into Blue Gene/L, an IBM system housed at LLNL that was the world’s fastest supercomputer from 2004 to 2008. The authors provided in-depth analyses to break down aspects of the supercomputer’s architecture and applications, and they accurately predicted the success of this system that — along with its successors in IBM’s Blue Gene series — set numerous HPC records.

Blue Gene/L completed 280 trillion calculations per second, which was revolutionary for its time in terms of performance, but the cost-effective system also demonstrated state-of-the-art energy efficiency and other important features that continue to influence the designs of modern supercomputers.

For nearly a decade, Blue Gene/L provided researchers with the power to investigate new medical treatments, study mysterious climate phenomena and contribute to breakthroughs across the scientific spectrum. Multiple winners and finalists of the prestigious Gordon Bell Prize used this system to complete their calculations.

In addition to the Test of Time Award presentation, Vetter co-authored a new paper and participated in SC20 workshops focused on evaluating the performance, portability and profiling support of various programming models, as well as examining the memory access patterns of computing processors.

Vetter is an ORNL Corporate Fellow, a Fellow of the Institute of Electrical and Electronics Engineers and of the American Association for the Advancement of Science, and a Distinguished Member of the Association for Computing Machinery. Additionally, he serves as the principal investigator for projects within the Exascale Computing Project and the Defense Advanced Research Projects Agency, among other leadership roles.

In 2018, he earned the ORNL Director’s Award for Outstanding Individual Accomplishment in Science and Technology, the laboratory’s top science award, and he was part of a Gordon Bell Prize-winning team in 2010. Before joining ORNL in 2003, Vetter obtained his doctoral degree from the Georgia Institute of Technology and held positions there, at LLNL and at the University of Illinois at Urbana-Champaign.

Throughout his career, Vetter has focused on the development of productive hardware architectures and software systems that efficiently solve problems on each generation of world-leading supercomputers, from Blue Gene/L to Frontier.