Vera Bocharova: Advancing the frontiers of knowledge about soft materials 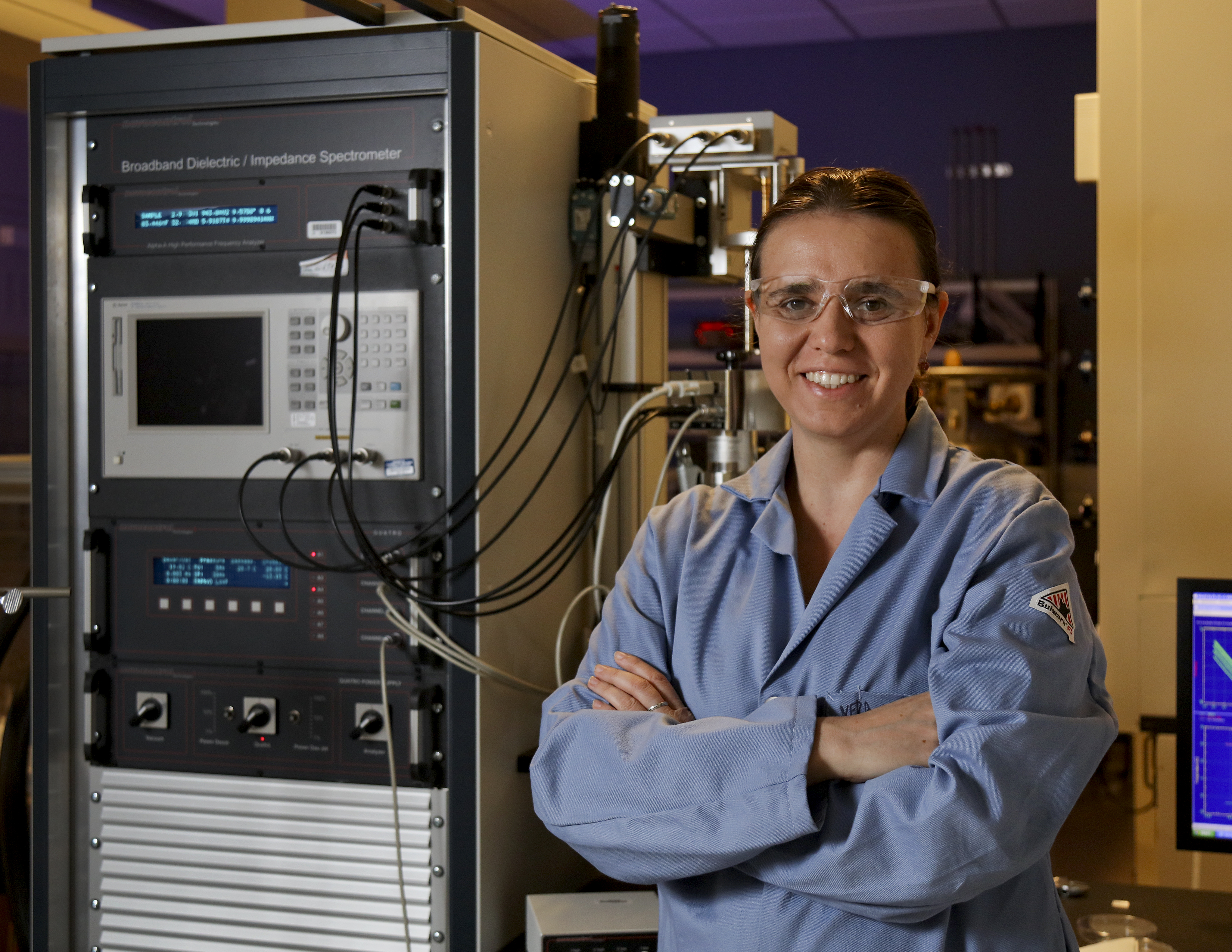 Vera Bocharova at the Department of Energy’s Oak Ridge National Laboratory investigates the structure and dynamics of soft materials—polymer nanocomposites, polymer electrolytes and biological macromolecules—to advance materials and technologies for energy, medicine and other applications.

She explores the chemistry and physics of soft materials on the scale of nanometers, or billionths of a meter. (One nanometer is approximately 100,000 times thinner than a human hair.) This scale is small but powerful, determining the optical, conductive and mechanical properties of bulk materials.

In polymer nanocomposites that are important on a practical level, interfaces that form between polymers and fillers are on the size scale of several nanometers. “I’m especially interested in how interfaces are formed between nanoparticles and the polymer, and what structural and environmental parameters control the formation of interfaces,” Bocharova said. With colleagues using quasi-elastic neutron scattering, broadband dielectric spectroscopy and Brillouin light scattering, she found that the packing (density) and stretching of the polymer chain in the interfacial region affect the mechanical performance of composites and their dynamics differently—suggesting a way to design “on demand” composite materials with specific properties.

In the case of polymer electrolytes, interfaces play an important role in affecting conductivity. For instance, an electrified interface inevitably forms when polymer electrolytes are sandwiched between two electrodes and placed in an electric field. The electrified interface hurts the performance of batteries because it blocks ion access to electrodes. Scientists can use only a few experimental techniques to study this interface; Bocharova favors neutrons.

“Neutrons do not damage polymers,” Bocharova notes. “We use neutron reflectometry to study the formation of this interfacial layer [formed on electrodes in an electric field] as a function of applied electric field and correlate that with the bulk conductivity. It’s the perfect technique to study interfaces.” The work relied on LIQREF, a liquids reflectometer at the Spallation Neutron Source (SNS). Effectively correlating the structure of the electrified interface and the bulk conductivity will create a path for optimization leading to materials with better conductivity.

Bocharova performs experiments and works with theory and simulation experts to improve understanding of these and other soft materials.

She relies on specialized equipment at ORNL to synthesize materials and characterize their structures and functions. In the Chemical and Materials Sciences Building, she uses various light scattering techniques to characterize the diffusion of nanoparticles and ions. To study chemical contrast at the nanoscale, she employs tip-enhanced Raman spectroscopy (TERS). She uses broadband dielectric spectroscopy to analyze dynamics in the range from billionths to hundreds of seconds (10-9 to 102 seconds). To characterize dynamic processes in polymers and ionic conductors on time scales of trillionth to billionths of seconds (10-12 to 10-9 seconds), she uses BASIS, a time-of-flight back-scattering spectrometer at SNS.

Bocharova’s mother, a chemist, first inspired her love of learning. Growing up in Russia, 5-year-old Vera wanted more than anything to attend school, but she was still too young. Nevertheless, she pestered her grandmother for a backpack and then used it to run away—to school. (Her grandmother intercepted her halfway to the schoolyard.)

Bocharova’s enthusiasm for learning was later fueled by inspirational teachers, especially a great high-school biology teacher. She went on to earn a bachelor’s degree in mathematics in 1999 and a master’s degree in physics in 2001, both from Orenburg State University in Russia.

In 2008 she earned a PhD in chemistry from Dresden University of Technology in Germany. For her award-winning dissertation, she formed one-dimensional wires from conducting polymers—an innovation that launched her nanoscale investigations.

Bocharova did a postdoctoral fellowship at Clarkson University in New York in 2009, implanting electrodes and biofuel cells into snails and performing electrochemistry experiments toward developing a drug-delivery system. The fuel cells used enzymes to convert sugars from the snail’s blood into ions that created current capable of powering a device.

Away from the lab, Bocharova enjoys hiking, watching old movies, reading books and gardening. Her garden is devoid of snails. Said Bocharova, “They know who I am, so they stay away.”

Innovation at the interface

In 2012, Bocharova accepted a two-year Wigner Fellowship at ORNL over several other job offers. “When I saw the equipment and people, I decided on ORNL,” she said. “I can accomplish a lot of science here.”

Her Wigner project explored how polymers change shape in response to external changes in temperature, pH and other stimuli. “We found that if you apply an electric field to polymer electrolytes, they start to locally melt,” she said. “This can create a nice pattern. You can write on a surface.”

Her subsequent research has been diverse. It includes projects to design a probe for TERS (with Alex Belianinov and Nick Lavrik at the Center for Nanophase Materials Sciences, a DOE Office of Science User Facility at ORNL), transport ions in liquids and polymers for energy storage (with Sokolov and ORNL’s Tomonori Saito, Benjamin Doughty, Rajeev Kumar and Gregory Smith), and design membranes with controlled free volume (with Sokolov, Saito, Kumar and ORNL’s Lilin He).

“Now I’m especially interested in polymer electrolytes,” Bocharova said of a promising class of materials for lithium batteries, fuel cells and water desalination. “I want to understand what chemical structure polymer electrolytes should have to get the highest conductivity possible.”

A polymer electrolyte is safer than the traditional liquid electrolytes used in batteries and fuel cells, which have weak resistance against short circuits and are flammable.

“We hear about overheating batteries in cell phones and laptops,” Bocharova said. “We could replace liquid electrolytes with polymer material that has much better mechanical performance and is robust, nonflammable and nontoxic.” 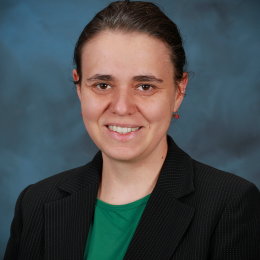