Five researchers at the Department of Energy’s Oak Ridge National Laboratory have been named ORNL Corporate Fellows in recognition of significant career accomplishments and continued leadership in their scientific fields.

“ORNL’s pursuit of scientific excellence includes anticipating the grand challenges and opportunities that we will address in the years to come,” ORNL Director Thomas Zacharia said. “Our Corporate Fellows exemplify the passion and purpose necessary for great science. The achievements of Bryan, Brian, Sergei, Ho Nyung and Jeff, and the mentoring they provide to our early career researchers, strengthen the foundation on which we are building one of the world’s premier research institutions.”

Chakoumakos, a member of the lab’s Neutron Scattering Division, is an internationally recognized leader in neutron diffraction and crystallography, having developed new diffraction facilities at both the High Flux Isotope Reactor and the Spallation Neutron Source and led high-impact research programs in high-temperature superconductivity and thermoelectrics. He is also recognized as an outstanding mentor who has guided the development of many early career staff members.

Davison, of ORNL's Biosciences Division, has consistently served as an innovator in many facets of biofuel sciences with the research goal of lowering the cost in every step of fuel and bioproduct production. His contributions in this area include breakthroughs in fermentation, bioproduct formation, bioprocessing, catalysis and studies to minimize recalcitrance — the resistance of plant cell walls to breaking down into sugars.

Davison is a fellow of the American Institute of Chemical Engineers, the Society for Industrial Microbiology and Technology, and the American Institute for Medical and Biological Engineering. He serves on the AIChE's Society for Biological Engineering board of directors. From 2011 to 2017, he served as the scientific coordinator for the BioEnergy Science Center based at ORNL. He has over 150 publications and 14 patents and is recognized as an outstanding mentor to ORNL staff.

Kalinin is a member of the Scanning Probe Microscopy group at ORNL's Center for Nanophase Materials Sciences. His research has revolutionized the field of scanning probe microscopy and is breaking new ground in atom-scale nanofabrication by combining scanning transmission electron microscopy with artificial intelligence and machine learning methods.

He is a fellow of the Materials Research Society, the American Physical Society, the Institute of Physics, the Foresight Institute, the Institute of Electrical and Electronics Engineers and the American Vacuum Society. His numerous awards include the Blavatnik National Award for Young Scientists in Physical Sciences and Engineering in 2018 and the Burton Medal from the Microscopy Society of America in 2010. He has published over 600 papers and received 15 patents and four R&D 100 awards.

Lee leads the Quantum Heterostructures group in the lab’s Materials Science and Technology Division. His research has revolutionized the design of epitaxial complex oxide thin films and heterostructures that deliver novel properties and functionality for a wide array of applications in energy. Lee has played a central role in the expanding landscape of the National Quantum Initiative and has an outstanding reputation as a mentor and leader.

He is a recipient of the Presidential Early Career Award for Scientists and Engineers and a Fellow of the American Physical Society who has authored over 200 publications and holds eight patents. He also serves as manager for the DOE Basic Energy Sciences Materials Sciences and Engineering Program at ORNL.

Vetter leads the Future Technologies group in ORNL’s Computer Science and Mathematics Division. His efforts to advance innovative, transformative architectures and software for high-performance computing have been integral in the deployment and exploitation of the world’s most powerful extreme-scale, energy-efficient, productive high-performance computing systems for science.

He is a fellow of the Institute of Electrical and Electronics Engineers and a Distinguished Scientist Member of the Association for Computing Machinery. Vetter was part of a 2010 team of researchers that was awarded the ACM Gordon Bell Prize for high-performance computing applications.

With the addition of these five, there are now 27 active Corporate Fellows at ORNL. 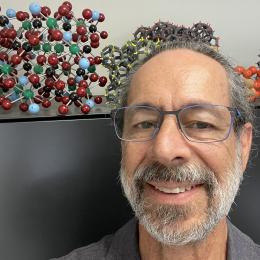