Jim Miller spent a decade in research before he realized his heart was on the other side.

“I went to school for a long time, got a PhD, and then found out, man, this is not for me,” Miller said. “I enjoy helping others succeed. I enjoy helping early-career staff, watching the researchers who do get excited about how a material behaved or how a process went, and making them successful in that endeavor. And I like that I’m not the one who has to write the paper about it and go to the sponsor and get money for it.”

As Nuclear Operations Section Head in the Nonreactor Nuclear Facilities Division, Miller feels like he’s now well positioned to support both researchers and the staffers who support the researchers.

“I look at it like I have two jobs,” Miller said. “One is making sure facilities and operations are run safely and in compliance. My other job is to make the researchers successful. Working in a nuclear facility, from a regulatory standpoint, is hard. Doing the actual work, when the radiation doses are very high and you have to do things remotely — it’s hard. I understand the research piece, because I used to do that, and I understand the hot cell piece, because I used to do that, too.”

Miller spent part of his 33-year ORNL career as group leader of Nuclear Fuel Materials, when he was a customer to the section he now heads. He’s worked as a manager in both Bethel Valley and Melton Valley, and in the Radiochemical Engineering Development Center. But his current job is his favorite.

“I get to go do stuff in both valleys,” he said. “I get to work on plutonium-238 production, all manner of isotope production — californium, actinium-227 — and the nuclear fuel materials, reactor fuel and structural materials examinations that go on in 3025. I get to see it all now, and if I see synergy somewhere, I can make it happen. I enjoy that.”

When Miller was a researcher, he said, he understood compliance.

That doesn’t mean he’s not serious about safety.

“I prefer ‘safety’ to ‘compliance’ — there’s a difference,” he said. “Compliance, you’ve satisfied things on paper. Safety is a culture. It’s an attitude.”

Miller is a third-generation ORNL plant worker. His grandfather worked at Y-12 for 30 years; his father spent 37 years at the lab. Both had health problems related to the work they did, Miller said.

“Those health issues affected people’s retirements,” he said. “When I talk to my staff about safety, I say, ‘There’s nobody more interested than me in helping you be healthy enough to have a happy retirement.’”

When he’s not working, Miller enjoys backpacking, camping, and riding and working on motorcycles and dirt bikes with his 15-year-old son. He’s also taken up whittling wood and golf balls and displays his creations on his Instagram account, Jimmiller357.

He plans to have a happy retirement himself -- someday.

“My goal as a leader is to make myself obsolete,” he said. “I want the people I work with and the folks that report to me to get to the point where they don’t need me.

“We do a lot of amazing work — the whole isotope and nuclear enterprise. We’re doing amazing stuff with equipment that was built in the 1960s. It’s amazing, but it’s challenging. And I want my customers to be able to have the confidence that when they come to me and want to do something hard, or weird, or new, or novel, that I will work with them and figure out a way to make it happen.” 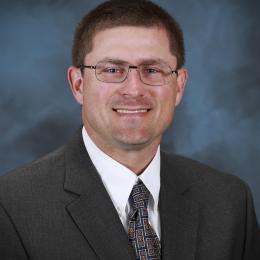