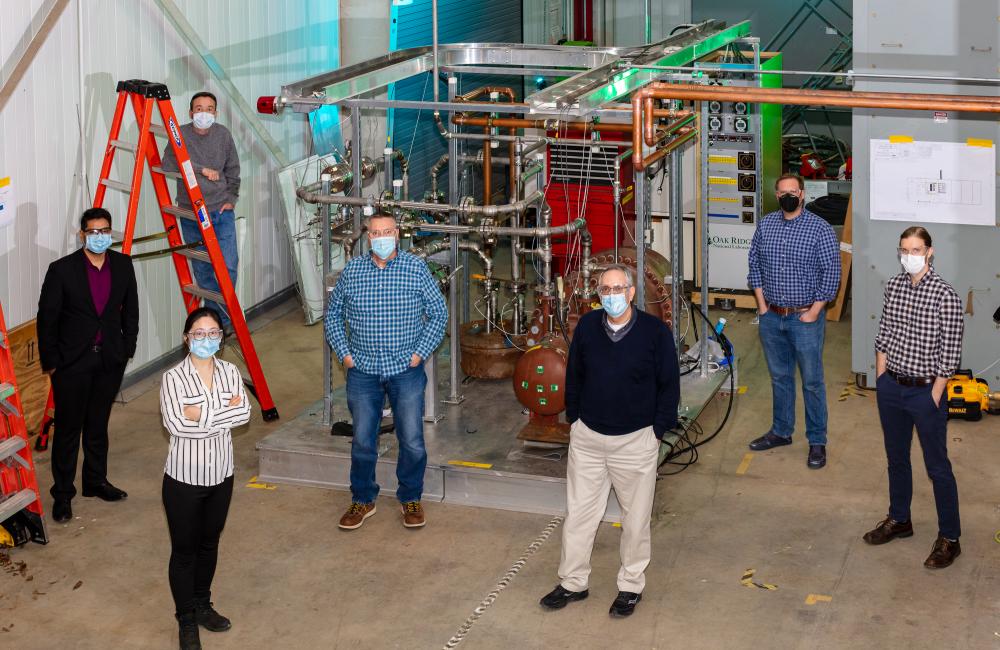 To achieve practical energy from fusion, extreme heat from the fusion system “blanket” component must be extracted safely and efficiently. Oak Ridge National Laboratory fusion experts are exploring how tiny 3D-printed obstacles placed inside the narrow pipes of a custom-made cooling system could be a solution for removing heat from the blanket.

A team at ORNL is testing this approach in a helium flow loop system built to determine which geometries are the most effective in helping the gas flow in continuous movement, cooling the metal structures. The effort brings together ORNL’s fusion technology expertise with the lab’s advanced manufacturing capabilities.

In fusion systems, the blanket is a heat-absorbing component inside the reactor, surrounding the plasma inside the vacuum vessel to protect other components from extreme heat. The blanket is usually between 0.5 and 1.5 meters thick. In addition, the blanket plays a pivotal role in capturing heat energy from neutrons and generating fusion fuel.

“We are tackling a fusion research issue that has been severely understudied since the 1990s, when scientists first identified that some disturbances can increase heat transfer,” said Charles Kessel, leader of ORNL’s Fusion Nuclear Science, Technology, and Engineering Section and director of the Virtual Laboratory for Technology.

While the international ITER fusion facility is under assembly and other fusion devices are in operation or development, there remains a global need for blanket cooling technology solutions to support a future fusion pilot plant.

To yield electricity from future fusion reactors, the plasma must reach temperatures hotter than the Sun. A cooling system is required to avoid damaging vital components of the reactor while making sure the core of the device continues to operate at high temperatures and reaches efficient energy generation.

In the past few decades, researchers have developed and tested ideas for how to do this using water-based systems. But helium provides several advantages over water in the high temperature fusion reactor environment, ranging from safety to material compatibility and high thermal conversion efficiency.

“Water does not work well with reduced activation ferritic martensitic, or RAFM, a type of steel that the materials community has developed as a possible key component for fusion reactor. Not to mention that the use of water could also represent a contamination risk in case of a leak,” said Kessel.

Helium has significant advantages over water. The most important trait for fusion is that helium can withstand temperatures as high as necessary and is limited only by the solid materials containing it. Plus, it’s more efficient than water or steam when converting thermal energy into electricity, because of the high-temperature tolerance.

To study the role helium could play as a cooling agent, ORNL fusion researchers had to overcome another challenge. Even though helium cooling was highlighted as one of the top-level needs for fusion blanket studies at the American Physical Society-Division of Plasma Physics 2019-2020 U.S. fusion community planning process, the infrastructure to make this research a reality was not yet in place. That’s why Kessel and his team decided to build their own.

The test loop — which consists of a pump, a network of pipes and a test section assembled in a 10-foot cube shape — seems simple but requires a lot of fine tuning.

“We’re currently testing the assembly for any leaks, and in the upcoming weeks, we’ll start to test the pressure, which will increase until we reach 600 pounds per square inch, or about 40 atmospheres,” said Kessel.

Helium cooling comes with challenges, including its lightness in both weight and density, which makes it hard for the gas to effectively remove heat.

To solve that problem, Kessel and his team developed an innovative solution: a set of especially designed pipes that feature tiny 3D-printed obstacles inside of the tubes to help helium find its way through the cooling system and avoid stagnation. When the flow of helium hits the obstacles, it creates a turbulence that forces the gas in different directions which, in turn, enhances its heat removal and mixing.

But the shape, size and position of these obstacles cannot be left to chance. To find the most efficient design, the team has gathered geometric data by using computational fluid dynamics simulations.

“Although the idea of using obstacle-filled flow channels to enhance helium’s heat removal has been floating around for well over two decades, we have always lacked a systematic study of how different types of disturbances engage with the gas. This level of precision will be needed when tackling the design of future fusion reactors,” said Kessel. 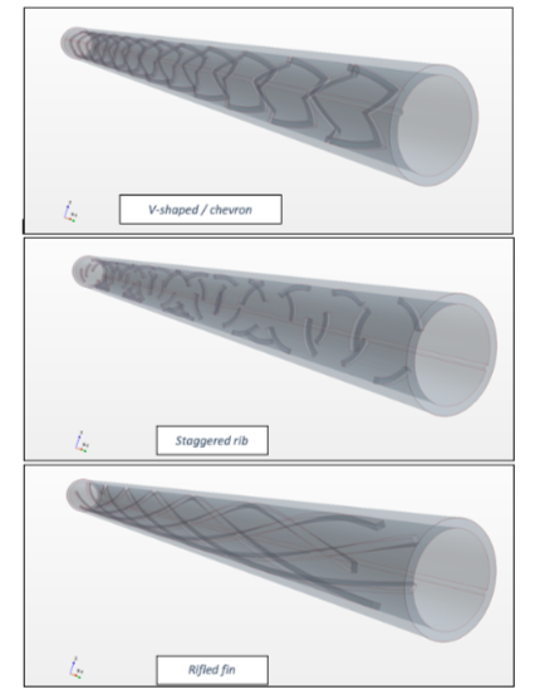 With computing, scientists can develop optimized helium turbulence models capable of operating effectively in fusion reactors. So far, the team has produced about 10 different disturbance patterns. They expect the geometries to become increasingly complex, so they are relying on advanced manufacturing techniques to produce new test sections.

“I am looking forward to the detailed comparisons of computational predicted helium flow through these disturbances coupled with experimental visualization of those flow patterns. This will take the study of helium cooling and understanding of its flow behaviors to the next level where predictions can be confidently turned into actual designs,” said Kessel.

This effort is funded by DOE’s Fusion Energy Sciences program.

UT-Battelle manages ORNL for the Department of Energy’s Office of Science, the single largest supporter of basic research in the physical sciences in the United States. The Office of Science is working to address some of the most pressing challenges of our time. For more information, please visit energy.gov/science. — Andrea Schneibel 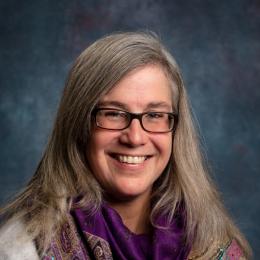 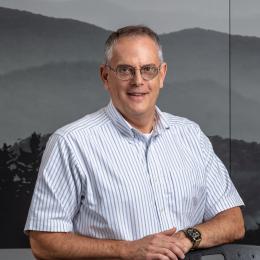 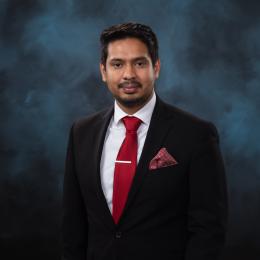 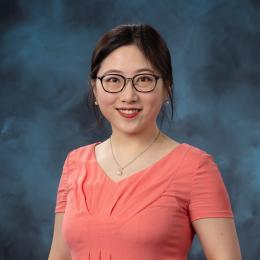 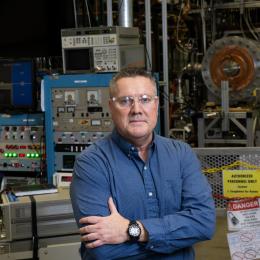