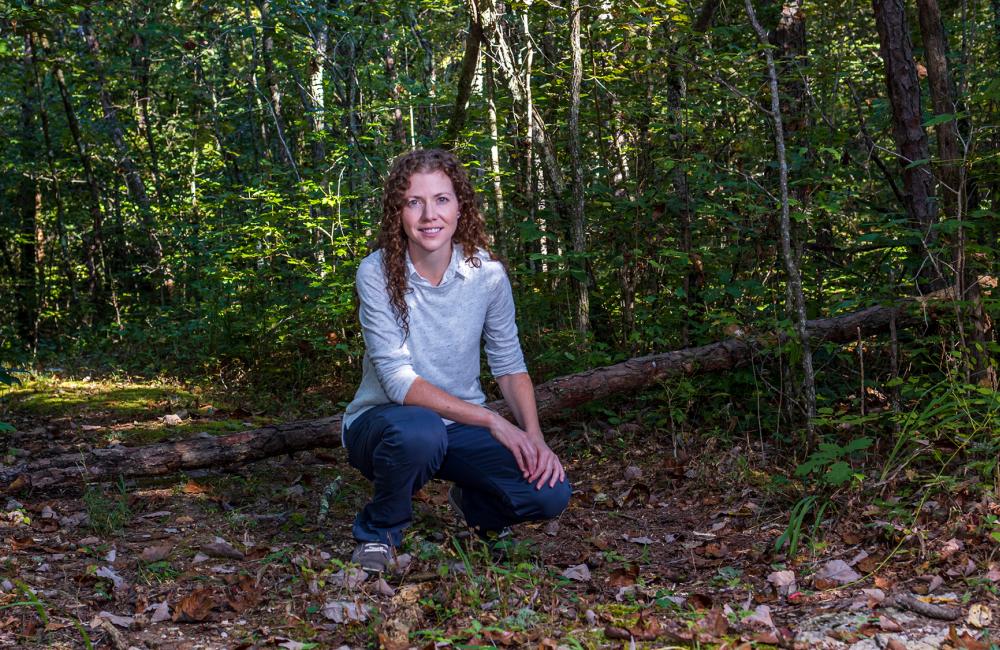 Elizabeth Herndon believes in going the distance whether she is preparing to compete in the 2020 Olympic marathon trials or examining how metals move through the environment as a geochemist at the Department of Energy’s Oak Ridge National Laboratory.

Herndon studies how changes in the chemistry of metals in the soil affect ecosystem processes like the growth of plants across the landscape and the storage or release of carbon. Small changes in soil chemistry can trigger a range of effects at larger scales.

“I focus on interactions happening in the critical zone,” Herndon said. “That’s the surface environment that serves as the interface between rocks, soil, water and organisms; it supplies the global population with food, water and habitat.”

One of Herndon’s newest projects centers on manganese (Mn) and its impact on carbon cycling in the environment. Plants need a tiny amount of Mn for photosynthesis and other key functions. Herndon is looking at how trees absorb Mn and its effects on their growth and their ability to store carbon within their leaves, roots and trunks. The amount of Mn in the soil also impacts how organic matter interacts with Mn oxide minerals and influences fungi’s ability to break down leaf litter on the forest floor; both in turn affect carbon cycling.

Herndon became interested in Mn in her first semester of graduate school at Penn State when she took a class looking at the ways elements are concentrated and depleted in the soil. Mn had a “really weird signal” that intrigued her.

She focused her doctoral thesis on it, studying how trees in the forests of northern Pennsylvania store Mn in their biomass and keep it from leaching out of the soil and into streams. Mn comes from rock weathering but is also added to the environment through industrial processes and vehicle emissions. Trees take up 10 to 100 times more Mn than they need, sometimes to the trees’ detriment.

“Manganese toxicity is really detrimental to sugar maples,” Herndon said. “There was a lot of concern about that since people are fond of maple syrup.”

After securing her doctorate, Herndon came to ORNL as a postdoctoral researcher working on the Next-Generation Ecosystem Experiments (NGEE) Arctic project. She studied how iron moves through Arctic soil. Bacteria in tundra soils breathe iron instead of oxygen, making the metal a critical factor in understanding how fast microbes might decompose soil organic matter and release carbon dioxide into the atmosphere.

Herndon was attracted to ORNL by the opportunity to participate in large collaborative projects like NGEE Arctic, which the laboratory leads for the Department of Energy’s Office of Biological and Environmental Research. The project brings together around 140 experts in various fields across five institutions, including three national laboratories.

“I like working with people from other disciplines and being able to learn more about my research by understanding their research,” said Herndon.

Working in the Arctic was a new experience for Herndon. Her previous field sites had been a short, easy drive away. Though it required careful planning to do research in such remote areas, Herndon enjoyed her field work outside of Utqiagvik on the northernmost tip of the Alaskan coast, deep in the Arctic Circle.

On one memorable day in Alaska, Herndon left her field site and ran in the Fourth of July 5K, which the locals have named the Utqiagvik Marathon, returning to the field after winning the race.

Off to a running start

Herndon’s passion for running and her love of the environment took root early in life. Her parents are both runners, and she began racing competitively in middle school. Herndon still runs daily as she prepares for her second Olympic trial. She raced in the 2016 trials and will compete with around 300 runners in Atlanta this coming February for three openings to join the national team bound for Tokyo.

“I come down more on the happy-to-be-there side of things,” said Herndon. “But I consider it an honor to participate.”

Like running, science has been a constant in her life since she was a teen. It was a science fair project in her junior year of high school that strongly influenced Herndon’s career track. She experimented with adding two heavy metals to the soil in potted plants and charted the effects. Cadmium was a killer, but the plants with added iron did well, sparking her curiosity.

When she arrived at Washington University in Saint Louis, she pursued a double major in chemistry and earth and planetary sciences. She went straight into her PhD program from there and followed up her one-year stint on the NGEE Arctic project by continuing to study the Arctic as an assistant professor of geology at Kent State University. During her five years at Kent State she received a National Science Foundation CAREER Award for her research.

Herndon recently returned to ORNL as a staff scientist, because she wants to “participate in significant research through large collaborative projects,” and feels the laboratory is the perfect place to do so.

She and her husband, Greg Larsen, who does research in advanced manufacturing at the laboratory, recently settled into a new home with their two-year old daughter. Her days are busy with science, family, and running, but Herndon relishes the fast pace.

“I look forward to working with both mentees and diverse collaborators across ORNL on impactful science,” Herndon said. 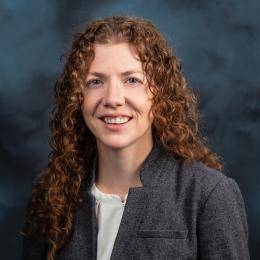