Eye of the beholder: Identity science comes of age 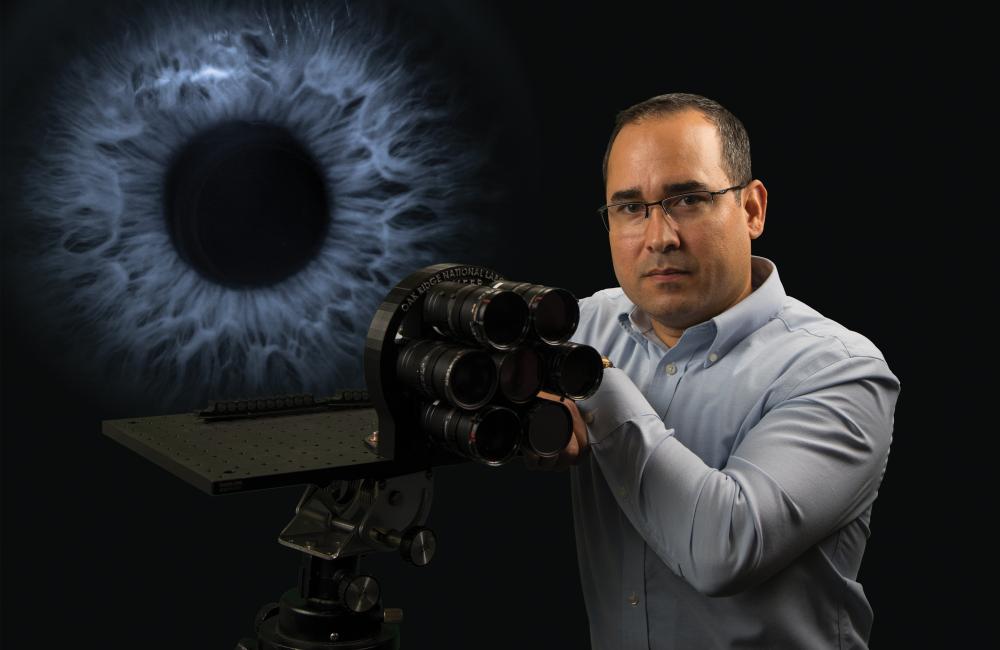 View a hi-res version of this image
ORNL researcher Hector Santos-Villalobos and colleagues use an array of microlenses and a ray-tracing algorithm to capture the iris of subjects even under challenging conditions. Image credit: Carlos Jones, ORNL

While cameras are seemingly everywhere these days, identifying individuals using images is still a challenge. Traditional camera techniques are often complicated by poor lighting and unfocused scenes with fast-moving subjects.

Today, identity science is shifting toward scenarios in which individuals can be identified in less than optimal conditions— photographed from the side or while moving, for instance. The techniques can be deployed to save time at border crossings and to ensure proper access to secure facilities. Scientists at ORNL are using algorithms and advanced optics to make these advancements a reality.

The iris, or colored portion of the eye, is second only to DNA in identifying individuals. The complex patterns of the iris can be easily photographed at a distance and are unique to each person, distinct even between the left and right eye. Moreover, the iris is a protected, internal organ that is externally visible and does not change over time the way fingerprints can.

It can be difficult to capture a perfect image of the iris, however. People are unlikely to be looking straight into a camera with eyes wide open, even when instructed to do so. (Think driver’s license photos.)

With traditional imaging methods, accurate iris recognition drops if a subject is photographed as little as 15 degrees off center, said Hector Santos-Villalobos, a scientist who leads the work in the Imaging, Signals, and Machine Learning Group in ORNL’s Electrical and Electronics Systems Research Division. To correct an off-axis iris image, Santos-Villalobos and his colleagues created a model of the human eye and used a ray tracing algorithm to render the iris from the front.

The model, called the ORNL Eye, takes into account the effect of the eye’s limbus on iris recognition. The limbus is an area of tissue that can obscure regions of the iris, which impacts the correction of some off-axis iris images to a frontal iris image. Santos-Villalobos calls it the “limbus effect.” Adding that effect into calculations was critical to successfully matching off-axis iris images to individuals.

The ORNL Eye and ray tracing methods resolve light refraction distortions that can compromise the finer details of an off-angle iris image. Ray tracing maps the path of light rays from the off-angle camera to the eye model iris; then the synthetic iris can be rendered from any viewpoint, including frontally.

The ORNL method demonstrated a frontal rendering of the iris in images that were as much as 50 degrees off axis. Another plus is that the process can be integrated into existing iris recognition technology, avoiding the expense of creating new systems, Santos-Villalobos noted.

Light-field studies have led to more research at ORNL, including methods to improve facial recognition by capturing images of individuals viewed from the side or through the windshield of a moving vehicle.

Getting good images from these scenarios is difficult due to light conditions and the need to focus and capture images of someone in motion. To quickly render images and reduce the “noise” of refraction and other challenges, Santos-Villalobos’s team is employing a light-field camera—also known as a plenoptic camera.

By capturing vast amounts of information on a scene’s light field, a plenoptic camera can compute an image with focus on any point in a scene. This compares to traditional cameras that can bring only one portion of a scene into focus at a time.

“With traditional imaging you can create a blur, but you can’t fix it,” Santos-Villalobos said. “With the plenoptic approach you are guaranteed an in-focus image. That gives you more freedom in subject positioning or distance to the camera. We can identify someone 50 degrees off angle or wearing glasses or cosmetic contact lenses designed to change eye color and pattern, for instance.”

The ultimate goal is to create a system that makes it easier to capture images and make quick, accurate correlations to a database. “In identity science, creating a user-friendly, less-intrusive system is as important as being able to make a good match,” Santos-Villalobos said. 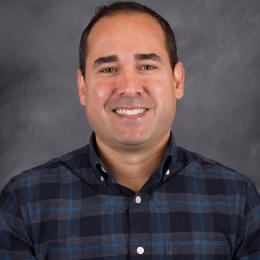