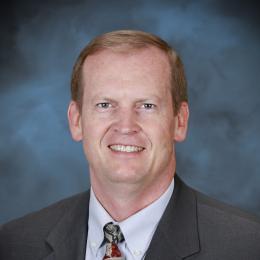 Van is the Instrument Systems Engineering Manager within the Second Target Station (STS) Project. In this role, he leads a group of engineers and designers who are working in conjunction with instrument scientists to produce a suite of world-class neutron scattering instruments at the STS.

Van is a senior mechanical engineer and previously served as the Lead Engineer for the STS Bunker. He has been part of the STS design team since 2016 and worked with multiple instrument scientists to generate several instrument concepts along with the bunker. Prior to joining the STS team, Van spent over 20 years in the Remote Systems Group, developing tools and systems to allow people to perform work in hazardous environments like radiation, underwater, outer space, and in the battlefield. In that role, Van was part of the Spallation Neutron Source remote handling team and developed several remote handling systems, including a "robot" designed to remotely install in-monolith instrument optics, which is the most complex remote operation performed at the SNS. Van has worked on remote handling concepts and designs for other DOE facilities and was one of the lead engineers supporting the design of the hot cell for the Facility for Rare Isotope Beams (FRIB) under construction and nearing completion at Michigan State University and also led a conceptual design study for the Long Baseline Neutrino Experiment (LBNE) at Fermilab.

In a separate project, Van was the lead engineer in a proof-of-principal effort called the MERcury Intense Target (MERIT) Experiment which successfully demonstrated the feasibility of using a free-stream jet of mercury as a target in a future Neutrino Factory or Muon Collider, and he provided the mercury target system that was used in an in-beam experiment at CERN. Van has also served in lead engineering and project management roles in support of both international and domestic fusion projects, including ITER and the Material Plasma Exposure Experiment (MPEX).

CENTAUR—The small- and wide-angle neutron scattering diffractometer/spectrometer for the Second Target Station of the Spall...