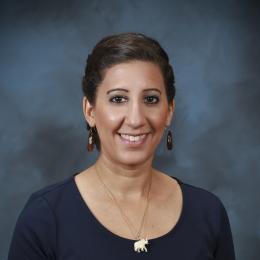 Dr. Tara M. Pandya currently works as the Group Lead for the Radiation Transport group that is part of the Nuclear Energy and Fuel Cycle division in the Fusion and Fission Energy Science directorate. She received her B.S. in nuclear engineering from Texas A&M University in 2006 and then continued on to received her M.S. and PhD in 2009 and 2012. After graduate school, Tara joined the Radiation Transport group on a 2-year postdoctoral appointment where she worked on Monte Carlo code development. She transitioned to R&D Staff in 2014. In 2020, she transitioned to the Group Lead of the Radiation Transport group.  Tara is currently working on high-fidelity radiation transport solutions and analysis under the Nuclear Energy and Application Modeling and Simulation (NEAMS) program as well as other areas of hybrid deterministic-Monte Carlo radiation transport analysis and method development.

Methods and Usability Enhancements in Shift for Non-LWR Applications...