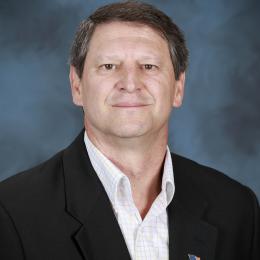 Raines was previously Director of the Cybersecurity and Data Analytics Initiative within the Global Security Directorate at ORNL, and led the lab’s internally funded research and development (R&D) program for Cybersecurity of Energy Systems. During his tenure, Rick provided leadership in the development of a five-year R&D strategy for cybersecurity, worked with national and international defense nuclear nonproliferation partners for cybersecurity threat mitigation, and established new research partnerships with federal and industry sponsors.

He joined ORNL in 2013 to bring strategic focus for growing and maturing the lab’s role in national defense-related R&D for cybersecurity and data analytics.

Prior to ORNL, Raines held distinguished leadership positions at Wright-Patterson Air Force Base, serving as the founding Director of the Air Force Cyberspace Technical Center of Excellence, Professor of Electrical Engineering in the Department of Electrical and Computer Engineering at the Air Force Institute of Technology, and Cyber Transformation Chair for the Department of Defense’s Center for Cyberspace Research. There, he led efforts working with 156 nationally recognized Centers for Academic Excellence, as well as promoted collaboration between the National Science Foundation and the Office of Personnel Management. He has served as a senior mentor to the Commander, Air Force Cyberspace Command (Provisional), the U.S. Government Interagency Coordinating Committee representing 30 academic institutions, and on numerous federal cybersecurity policy and R&D working groups. Raines served in the military for more than 21 years.

Raines authored or co-authored more than 150 publications and has provided more than 200 invited presentations in the areas of computer and satellite communications, communications theory, vulnerabilities of communications systems, and cybersecurity. In 2007, he was inducted into the Association of Old Crows Hall of Fame, and he was the 2008 Air Force Science and Engineering Educator of the Year. Raines is a Senior Member of the Institute of Electronics and Electrical Engineers (IEEE), and a member of the IEEE Eta Kappa Nu and the Tau Beta Pi engineering honor societies. He is a Professor Emeritus in the Department of Electrical and Computer Engineering at the Air Force Institute of Technology, and holds a joint faculty appointment in the Department of Electrical Engineering and Computer Science at the University of Tennessee.