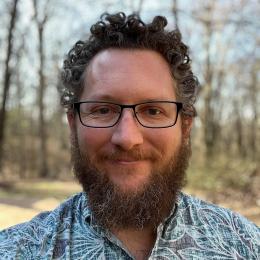 Paul Matson is an Aquatic Ecologist and Research Scientist in the Aquatic Ecology Group at Oak Ridge National Laboratory (ORNL). He uses a combination of observational and experimental approaches to explore the effects of abiotic and biotic drivers on aquatic organisms across multiple life stages and has leveraged this approach to study how environmental variability, particularly in the context of changing climate, influences algal blooms, species distributions, biogeochemistry, and community diversity. His previous projects have investigated phytoplankton, benthic algae, invertebrates, and fish found in a variety of environments including polar, temperate, and tropical coastal marine systems as well in Arizona’s desert streams and the Great Lakes. Paul received his B.S. in Ecology and Evolutionary Biology from University of Arizona in 2001, his M.S. in Biology (emphasis in Ecology) from San Diego State University in 2006, and his Ph.D. in Marine Science from University of California, Santa Barbara in 2012. Paul has also held postdoctoral positions in the both the Marine Science Institute and the Department of Ecology, Evolution, and Marine Biology at UC Santa Barbara, and in the Department of Biological Sciences at Bowling Green State University.

Characterization of the molecular mechanisms of silicon uptake in coccolithophores...

Getting lost tracking the carbon footprint of hydropower...

Variation in natural attenuation rates of polychlorinated biphenyls (PCBs) in fish from streams and reservoirs in East Tennes...