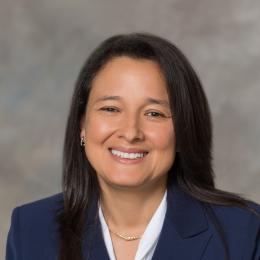 Nidia C. Gallego is the Group Leader of the Carbon Materials Technology Group within the Materials Science and Technology Division at the Oak Ridge National Laboratory (ORNL). Her research interests include: thermal physical properties of carbon materials; development and characterization of porous carbon materials for gas separation and energy storage applications, low-cost carbon fibers; high-performance carbon fibers and graphite foams for thermal management applications; and the effects of neutron damage on the structure and properties of carbon materials; Dr. Gallego is the author of over 50 publications on the subject of high-performance carbon fibers, graphite foams for thermal management, nanoporous carbons for hydrogen storage, and effect of neutron damage on graphite foams. She is an active member of the American Carbon Society, where she served as the Secretary/Treasurer (July 2004-July 2010), and now serves in the Advisory Board since July 2010. She has organized several workshops on behalf of the American Carbon Society, and served on the organizing and technical committees of the International Carbon Conferences. She has been active in the Oak Ridge Chapter of ASM international, where she served as Chapter Chair 2004-2005. In 2004 she received the UT-Battelle Science and Technology, Early Career Award, “For exceptional potential for leadership in applied materials engineering and for exemplary early career accomplishments”. In 2009 she received the Outstanding Mentor Award from the US DOE Office of Science. In 2011 Dr. Gallego was a recipient of a Fulbright Scholar Grant that allow her to be a visiting scholar for two months at the Universidad del Valle in Colombia. She is a member of the team that received the 2012 UT-Battelle Engineering Research & Development Award. She is an active member of the Hispanic Latino American Committee and the Committee for Women at ORNL.

Effects of High-Temperature Irradiation on the Microstructure of Nuclear Graphite

Journal: Nuclear and Emerging Technologies for Space (NETS)
view all