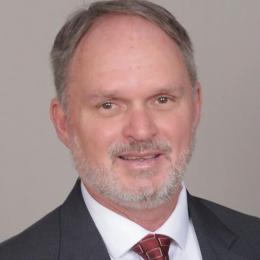 Mickey Wade was named the director of the Fusion Energy Division in April 2020.

Under his leadership, the Fusion Energy Division is developing the understanding required for an attractive fusion energy source through domestic and international research collaborations, pursuing near-term applications to close the fusion fuel cycle and mitigate plasma disruptions, and developing solutions to materials and fusion nuclear science challenges presented by the harsh fusion environment. The organization also supports the Material Plasma Exposure eXperiment. As part of his role, works closely with the U.S. ITER Project Office, which is based at ORNL.

In 15 years at General Atomics, Wade also served as the DIII-D national fusion program director and DIII-D experimental science division director. From 1994-2005, he was a senior scientist at ORNL. He was also a leader in developing support and advocacy for ITER and served as co-chair of the U.S. Magnetic Research Strategic Directions Community Workshops.

Over more than 30 years, Wade has written or co-written more than 300 publications and been involved in numerous fusion energy community activities. He was named a fellow of the American Physical Society in 2010 for his outstanding contributions to burning plasma physics, impurity transport and the development of advanced tokamak scenarios.

Wade received a bachelor’s degree in nuclear science and engineering from Virginia Tech and master’s and doctoral degrees in nuclear engineering from Georgia Tech.  He is a member of the Princeton Plasma Physics Laboratory, where he co-chairs the Science Committee.  He is also a member of the KSTAR, EAST, and WEST international advisory committees.

Comparison of Toroidal Rotation Velocities of Different Impurity Ions in the DIII-D Tokamak...

Dependence of Edge Stability on Plasma Shape and Local Pressure Gradients in the DIII-D and JT-60U Tokamaks...