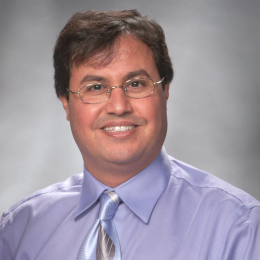 Before joining ORNL in November 2017, Dr. Belharouak was a Research Director & the Founding Chief Scientist of the Electrochemical Energy Storage Group in the Qatar Environment and Energy Research Institute (QEERI), between 2013 and 2017. He was a Professor at the Hamad Bin Khalifa University (HBKU), a member of Qatar Foundation, between 2015 and 2017. He was a Material Scientist and Battery Expert in the Chemical Sciences and Engineering Division at Argonne National Laboratory, between 2001 and 2013.

Dr. Belharouak has extensive experience working with multiple government agencies and industry in applying battery research for projects ranging from medical, electric vehicles and renewable energy storage applications. His research interests deal with high-power and high-energy lithium-ion batteries and beyond lithium-ion battery technology; battery materials and molecular discovery and design; electrolytes and additives; engineering and scale-up of battery components and cells; multi-scale range characterization of battery components and interfaces; diagnostics, postmortem and probing of the aging phenomena in batteries.

Dr. Belharouak was the recipient of “Thanaa Award” of Qatar Foundation in 2015, the co-recipient of five R&D-100 innovation awards in 2020, 2012, 2009, 2008 and 2005, two U.S. Federal Laboratory Consortium Awards for excellence in battery technology transfer in 2008 and 2009, the Argonne National Laboratory Pacesetter Award in 2007, and received Congratulations Letters from the U.S. Secretary of State of the Department of Energy and the U.S. Congress in 2009. He authored and coauthored more than 150 peer-reviewed papers, more than 300 conference papers and extended abstracts, 20 U.S. Patents and 5 books, and was invited more than 50-times around the globe. Dr. Belharouak is currently an Editor of The Elsevier’s Journal of Power Sources.

Progress of Nanotechnology for Lithium-Sulfur Batteries...