Climate warming will alter photosynthesis and respiration not only via direct temperature effects on leaf biochemistry but also by increasing atmospheric dryness, thereby reducing stomatal conductance and suppressing photosynthesis. Our knowledge on how climate warming affects these processes is mainly derived from seedlings grown under highly controlled conditions. However, little is known regarding temperature responses of trees growing under field settings. We exposed mature tamarack and black spruce trees growing in a peatland ecosystem to whole-ecosystem warming of up to +9°C above ambient air temperatures in an ongoing long-term experiment (SPRUCE: Spruce and Peatland Responses Under Changing Environments). Here, we report the responses of leaf gas exchange after the first two years of warming. We show that the two species exhibit divergent stomatal responses to warming and vapor pressure deficit. Warming of up to 9°C increased leaf N in both spruce and tamarack. However, higher leaf N in the warmer plots translate into higher photosynthesis in tamarack but not in spruce, with photosynthesis being more constrained by stomatal limitations in spruce than in tamarack under warm conditions. Surprisingly, dark respiration did not acclimate to warming in spruce, and thermal acclimation of respiration was only seen in tamarack once changes in leaf N were considered. Our results highlight how warming can lead to differing stomatal responses to warming in co-occurring species, with consequent effects on both vegetation carbon and water dynamics. 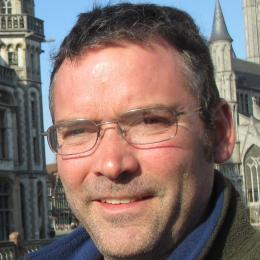