Ordered mesoscale structures in 2D materials induced by small misorientations have allowed for a wide variety of electronic, ferroelectric, and quantum phenomena to be explored. Until now, the only mechanism to induce this periodic ordering was via mechanical rotations between the layers, with the periodicity of the resulting moiré pattern being directly related to twist angle. Here we report a fundamentally distinct mechanism for emergence of mesoscopic periodic patterns in multilayer sulfur-containing metal phosphorus trichalcogenide, MnPS3, induced by the electron beam. The formation under the beam of periodic hexagonal patterns with several characteristic length scales, nucleation and transitions between the phases, and local dynamics are demonstrated. The associated mechanisms are attributed to the relative contraction of the layers caused by beam-induced sulfur vacancy formation with subsequent ordering and lattice parameter change. As a result, the plasmonic response of the system is locally altered, suggesting an element of control over plasmon resonances by electron beam patterning. We pose that harnessing this phenomenon provides both insight into fundamental physics of quantum materials and enables device applications by enabling controlled periodic potentials on the atomic scale. 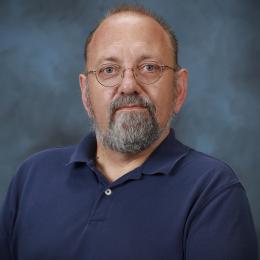 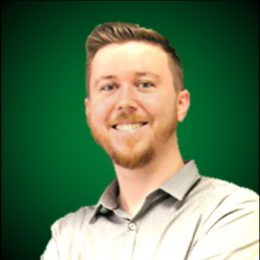