Unearthing the secrets of plant health, carbon storage with rhizosphere-on-a-chip

Scientists at the Department of Energy’s Oak Ridge National Laboratory have created a miniaturized environment to study the ecosystem around poplar tree roots for insights into plant health and soil carbon sequestration.

The rhizosphere-on-a-chip platform builds on the lab’s history of constructing lab-on-a-chip devices, in which tiny channels and chambers are etched on a microscope slide so that fluids can be introduced and studied for biochemical separations research and testing.

In this case scientists are mimicking soil on the chip, sprouting poplar trees in the fluid and studying the environment around their roots, known as the rhizosphere. Scientists observe how microbes are interacting with chemicals within the artificial soil to influence plant health and gain a better understanding of the processes governing carbon storage.

The rhizosphere is one of the most complex systems in the world, in which plant roots take up water and nutrients, create a unique physical and biogeochemical environment for microbes, and emit atmospheric carbon into the soil. There may be hundreds of different bacteria that are growing near plant roots or are influenced by the rhizosphere. ORNL researchers are particularly interested in how microbes like bacteria and fungi interact with plant roots to help plants grow faster and survive threats like drought, wildfire, disease and pests.

“It’s very difficult to see inside soil to observe those processes as the particles are very dark,” said Jack Cahill of ORNL’s Biosciences Division.

Rhizosphere-on-a-chip allows the researchers to create model systems and then use techniques like mass spectrometry to identify chemicals and their distribution around plant roots. That knowledge informs an analysis of chemical interactions in the ecosystem, such as chemical signals by plants in order to attract or repel microbes. Using the chip system also conserves samples by removing only a tiny amount of the liquid from the platform and allowing plants to continue growing.

Setting the table for science

“Using mass spectrometry, we’re able to eavesdrop on the conversation between these living systems of plants, fungi and microbes to figure out how and why they do the crazy things they do,” said Scott Retterer, who heads the Nanomaterials Synthesis Section at ORNL and co-developed the platform using the nanofabrication facilities within the Center for Nanophase Materials Sciences, a DOE Office of Science user facility at ORNL.

“I describe it as a fancy fishbowl,” Retterer said. “Except our fishbowl is the size of a microscope slide, and the tools we use to shape that environment are the same kinds of tools Intel uses to make microchips. Then we throw a dinner party in the fishbowl for bacteria, plants and fungi. We set the table with food and watch how that influences the party.”

ORNL scientists using the platform have found, for instance, high concentrations of amino acids very close to plant roots — a phenomenon that had previously gone unseen. While those compounds were once thought to move and dilute across the soil structure, that is not the case, Cahill said.

“The fluid dynamics in these chip systems are confined, so it lets us see concentrations of molecules that you wouldn’t necessarily anticipate without being able to directly measure it using the chip platform,” he added.

For ORNL’s bioenergy research, the impact is “a better understanding of how plants, microbes and their chemical states relate to each other. If we can predict and control this, we can use that knowledge to develop plants that are environmentally resistant, that grow faster, are cheaper to produce and (are) therefore more suited for economical production of sustainable biofuels,” Cahill said.

The spatial imaging techniques developed by ORNL researchers could also be used for pharmacological research to determine whether drug compounds are effectively reaching and being absorbed by the human body as part of their “tumor-on-a-chip” experiments, which could replace similar testing in mice.

“The big science tools we have here at the national lab and the serendipitous interactions with scientists of all walks is really what pushes us along in developing these new research platforms,” Retterer said. “It’s like a big scientific potluck where you bring your favorite dish and share it. They all get mixed together on the plate and then suddenly, we’ve got this great rhizosphere-on-a-chip.”

Retterer also emphasized the role of research teams, who “bring these big ideas to life. It’s our technicians, post-docs and students who make interdisciplinary research possible.”

Colleagues working on the project at ORNL include Jennifer Morrell-Falvey, Muneeba Khalid, Courtney Walton, Sara Jawdy and Amber Webb. Jayde Aufrecht co-developed the platform as a graduate student at ORNL and now works at Pacific Northwest National Laboratory, where she continues to collaborate on the research. The project was supported by the DOE Office of Science’s Biological and Environmental Research program.

UT-Battelle manages ORNL for DOE’s Office of Science, the single largest supporter of basic research in the physical sciences in the United States. The Office of Science is working to address some of the most pressing challenges of our time. For more information, please visit energy.gov/science. —Stephanie Seay 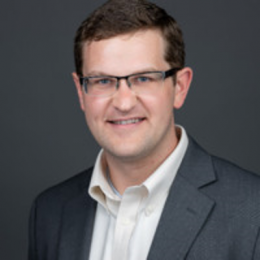 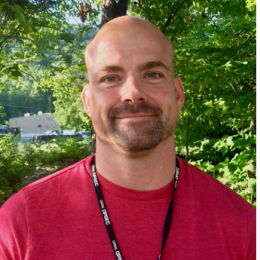 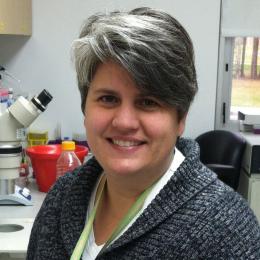 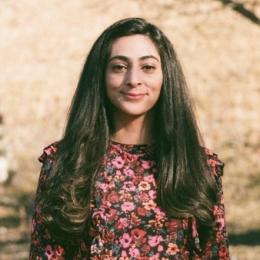 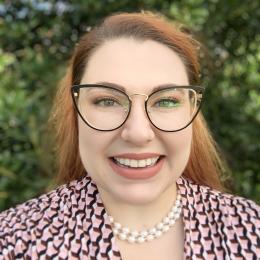