August 5, 2016 – Designing a 3-D printed structure is hard enough when the product is inches or feet in size. Imagine shrinking it smaller than a drop of water, smaller even than a human hair, until it is dwarfed by a common bacterium.

This impossibly small structure can be made a reality with focused electron beam induced deposition, or FEBID, to essentially 3-D print at the nanoscale. FEBID uses an electron beam from a scanning electron microscope to condense gaseous precursor molecules into a solid deposit on a surface.

Previously, this method was laborious, prone to errors and impractical for creating complex structures larger than a few nanometers. Now, a team at the Department of Energy’s Oak Ridge National Laboratory, in collaboration with the University of Tennessee and the Graz University of Technology, has developed a powerful simulation-guided drafting process to improve FEBID and introduce new possibilities in nanomanufacturing.

Harald Plank, study co-author in Graz, Austria, said the ability to accurately design custom nanostructures “opens up a host of novel applications in 3-D plasmonics, free-standing nano-sensors and nano-mechanical elements on the lower nanoscale which are almost impossible to fabricate by other techniques.”

The process uses a 3-D simulation to guide the electron beam and replicate complex lattices and meshes between 10 nanometers and one micron in size. The model tracks electron scattering paths and the release of secondary electrons to predict the pattern of deposition on the surface of the material and visualize the final structure of an experiment.

The innovative aspect of this work, according to Fowlkes, is the convergence of experiments and simulation. The simulation guides the experimental construction, while the completed experiments, in turn, provide feedback on the accuracy and strength of the simulation. Designs are fed into the simulation and drafting program, and any inconsistencies between the two caused by secondary electron activity can be caught before the experiment.

“In its simplest form, once we know the emission profile of those secondary electrons we don’t want, we can design around them,” Fowlkes said.

While slower than other nanofabrication methods available in the clean room at CNMS, the FEBID process is the only one that can produce high-fidelity 3-D nanostructures, Fowlkes said. With no way to “see” the nanostructures during construction, researchers previously relied on trial and error, manually adjusting the build parameters to produce the desired shapes.

Fowlkes said the team will now focus on fully purifying the structures of carbon contamination. The purification process, called in situ purification, removes the impurities during construction, using water or oxygen and a laser to liberate the residual carbon from the precursor and flush it out of the structure. The simulation can even incorporate the stresses of the carbon removal process and can anticipate the transformation in the final product.

“We can design structures in a way where the actual writing pattern might look distorted, but that’s taking into account the fact that it’s going to retract and contract during purification and then it will look like the proper structure,” Fowlkes said.

More information about the nanostructures and simulation can be found in the team’s paper, “Simulation-guided 3-D nanomanufacturing via focused electron beam induced deposition” published in ACS Nano.

The ORNL portion of this research was supported by the Center for Nanophase Material Sciences, a DOE Office of Science User Facility.

ORNL is managed by UT-Battelle for the Department of Energy's Office of Science, the single largest supporter of basic research in the physical sciences in the United States. DOE’s Office of Science is working to address some of the most pressing challenges of our time. For more information, please visit energy.gov/science.-By Sean Simoneau 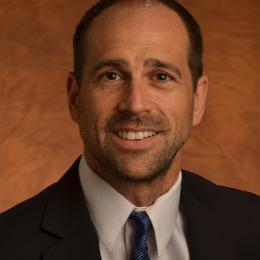