As Oak Ridge National Laboratory’s fuel properties technical lead for the U.S. Department of Energy’s Co-Optimization of Fuel and Engines, or Co-Optima, initiative, Jim Szybist has been on a quest for the past few years to identify the most significant indicators for predicting how a fuel will perform in engines designed for light-duty vehicles such as passenger cars and pickup trucks.

Most passenger vehicles on U.S. highways are powered by spark-ignition gasoline engines. It’s important for automakers to know how well a fuel will perform in these engines so that future vehicles can be designed with engines that achieve higher efficiency. Co-Optima, which was formed in 2016, has focused on research to maximize fuel economy and vehicle performance through higher efficiency and increased use of biofuels, resulting in new fuel performance insights.

Szybist and his research team at ORNL, working alongside Co-Optima collaborators from the National Renewable Energy Laboratory, Sandia National Laboratory and Argonne National Laboratory, determined it’s not so much the chemistry of a fuel that predicts performance, but rather its properties that hold the key to identifying a candidate with the potential for success. The research team published this finding in the journal Progress in Energy and Combustion Science, presenting for the first time comprehensive scientific details on Co-Optima’s initial phase of research.

“Our hope is that this journal article will help the research community and industry quickly identify viable candidates for high-performance, bio-based fuels,” Szybist said. “Historically, biofuel developers have already had the fuel chemistry or composition in mind before considering what their properties are. But the fact is, we should let the fuel properties of the biofuel candidates guide us. That’s what will make the best fuel.”

The vast majority of the approximately 250 million light-duty vehicles in the U.S., which collectively travel 2.8 billion miles per year, have spark-ignition engines that are fueled by gasoline. The fuel efficiency of these vehicles is limited by knock, a phenomenon that occurs when fuel auto-ignites in the engine and causes knocking or pinging that can lead to engine damage. Drivers in previous decades were more aware of knock and its hazards. In modern vehicles, advanced controls on the engines make knock noises nearly indetectable to drivers.

“We’ve got computers and sensors in cars now that make extremely fast adjustments so that the driver doesn’t detect knock,” Szybist said. “The problem is that every time the car’s sensors compensate for knock or mitigate it; you’re sacrificing engine efficiency.”

However, fuel properties that produce higher engine efficiency and reduce knock are not easy to identify, said Szybist. The octane number, which is nominally a measure of knock resistance, uses test methods that are nearly a century old and no longer representative of modern engines.

In addition, he explained, there are many fuel properties, such as heat of vaporization, that can impact knock resistance, but these properties aren’t fully accounted for by the octane numbers.

In order to help industry and the scientific community evaluate a fuel’s potential for engine optimization, Szybist and fellow researchers created a merit function tool, a mathematical formula that compares the advantages and disadvantages of different fuel properties as they relate to the efficiency for different fuel blends.

“We essentially synthesized the wealth of knowledge that we’ve gathered on fuel properties over the past four years, combined with information in the scientific literature, and we distilled it into a concise format where everything is normalized on the same parameters,” Szybist said.

“Paul Miles, an engine combustion researcher at Sandia, led the initial merit function development and was the mastermind behind the concept. And then ORNL, Argonne and NREL brought their expertise in other fuel properties, such as heat of vaporization and how particles form in engines. The development of the tool was truly a collaborative national laboratory effort,” he added.

The merit function tool quantifies the fuel efficiency potential associated with six different fuel properties: octane number, octane sensitivity, latent heat of vaporization, laminar flame speed, particulate matter index and catalyst light-off temperature. The quantification of the effects of each of these individual fuel properties are detailed in the journal article, which includes a full account of all of the assumptions required for the analysis.

“This tool can assess the fuel-property-based efficiency potential of each fuel candidate regardless of its fuel chemistry,” Szybist said.

The Co-Optima initiative has used the merit function tool to identify blendstocks with properties that can increase knock resistance when blended with petroleum refinery gasoline at up to 30 volume percent. These high knock resistance blends allow engine designs and calibrations that are more efficient, resulting in reduced gasoline consumption and consequently reduced life-cycle greenhouse gas emissions. Making these Co-Optima blendstocks from biomass or other waste feedstocks would result in additional life-cycle greenhouse gas emissions reductions.

Overall, Szybist explained, the intent of the Co-Optima team’s research is to provide a tool so that viable biofuels can be developed more quickly, and in a way that is most beneficial for engine efficiency. Co-Optima scientists and engineers working collaboratively have used the merit function tool extensively to develop new fuel candidates. Industry has also reached out to the research team for assistance in evaluating fuel candidates.

However, additional considerations including compatibility with the fuel distribution infrastructure and vehicle fuel systems, as well as public acceptance of more widespread biofuels use, must still be addressed.

This research was conducted as part of the Co-Optima initiative sponsored by the DOE Office of Energy Efficiency and Renewable Energy’s Bioenergy Technologies and Vehicle Technologies Offices. The Co-Optima collaborative project has brought together researchers from nine national laboratories to accelerate the introduction of affordable, scalable, and sustainable biofuels and high-efficiency, low-emission vehicle engines.

Read more about the Co-Optimization of Fuels and Engines initiative. 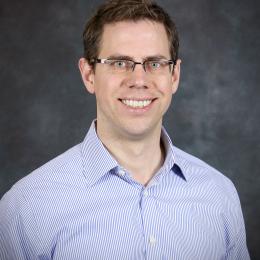