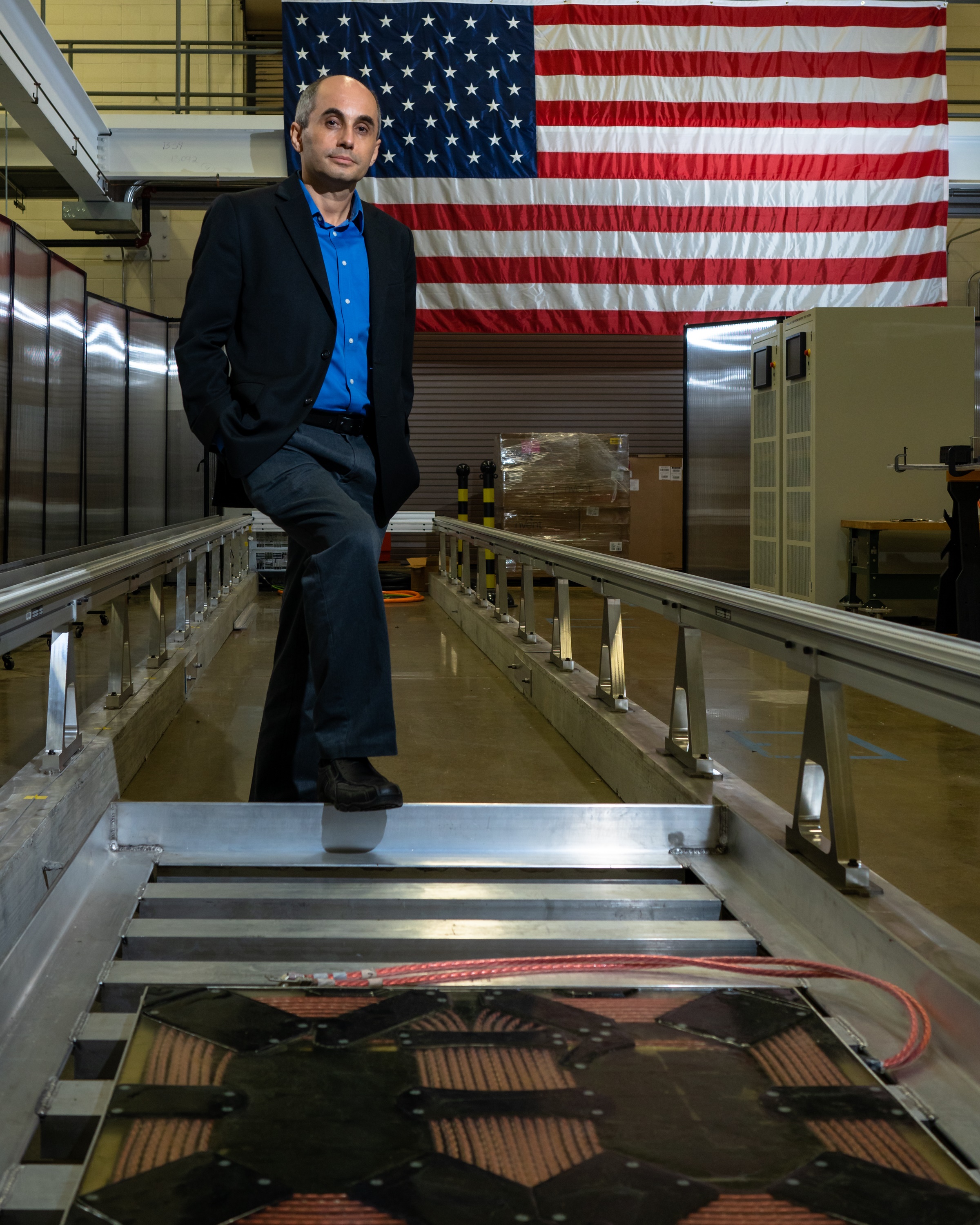 Burak Ozpineci started out at Oak Ridge National Laboratory working on a novel project: introducing silicon carbide into power electronics for more efficient electric vehicles. Twenty years later, the car he drives contains those same components and the breadth of his expertise in power systems has earned Ozpineci recognition as an ORNL Corporate Fellow.

In his two decades of cutting-edge research, Ozpineci has seen the benefits of a long career at the lab, evolving into an internationally recognized leader in his field who has helped scores of young researchers establish their own path to success.

Ozpineci was already studying the use of new materials for power electronics when he came to the lab as a doctoral student from the University of Tennessee, Knoxville. After being hired as ORNL staff, he was put in charge of one of the first U.S. Department of Energy projects to ever explore the use of silicon carbide, or SiC, in vehicle power electronics.

The use of silicon carbide to create what’s known as wide bandgap-based power conversion systems means these devices can withstand higher temperatures with reduced cooling needs. The material makes possible compact, energy-dense and more efficient power systems for a variety of applications like electric vehicle traction drives and fast-charging systems.

“We started publishing papers on the tremendous benefits of SiC, but people were also looking at us funny. It was very early in the game,” he said.

Those sentiments did not deter the scientist. After a successful prototype, Ozpineci and his colleagues created a SiC device-based power conversion system and built the nation’s first 55-kilowatt traction inverter, replacing silicon diodes with SiC ones, demonstrating a whopping 33% reduction in power losses and thermal requirements.

DOE subsequently shifted its vehicle power electronics research to the development and use of SiC-based devices, and the remarkable results were communicated to industry. The first commercial vehicle using SiC devices in its traction drive, the Tesla Model 3, was delivered in 2017. Soon, all electric vehicle drives are expected to use wide bandgap devices.

Ozpineci likes to call such concepts as SiC-enabled power electronics for vehicles the “crazy ideas” that have defined his successful career at ORNL. Another came to him after seeing a presentation on the future of electric vehicle charging, which featured a folding arm that extended from cars and connected to a side rail along roadways. “That didn’t seem like the best way to do it,” Ozpineci said. He envisioned a different system in which charging modules embedded in roadways wirelessly transfer power to EVs automatically while they’re in motion.

After developing the electromagnetic charging coils and SiC-based power electronics needed for EV wireless charging, the technology was demonstrated for the first time on a 20 kW stationary system in 2016. ORNL scientists led by Ozpineci subsequently scaled the system up to 120 kW for faster charging, adapted it to a medium-duty UPS delivery truck and have developed a unique testbed for the dynamic charging system. The researchers are now working with HEVO Inc. to scale the system for commercial use. Ozpineci’s team is also working with Volkswagen Group of America to test high-power wireless charging concepts on its Porsche Taycan.

Along the way, Ozpineci and his colleagues have spurred other innovations, including the use of power electronics to support a resilient, renewables-based grid and the development of new materials for highly efficient EV motors.

After serving as group leader in power electronics research at ORNL, Ozpineci is now section head for vehicle and mobility systems research. He was named a Corporate Fellow at ORNL in fall 2021, recognizing his extraordinary scientific leadership and career accomplishments.

Ozpineci is also a fellow of the Institute of Electrical and Electronics Engineers, granted to only 0.1% of total membership annually, for contributions to transportation electrification and wireless charging of electric vehicles. The IEEE Power Electronics Society recognized Ozpineci with the IEEE PELS Vehicle and Transportation Systems Achievement Award. He has earned several Distinguished Achievement awards from DOE, holds two R&D 100 awards and co-leads DOE’s Electric Drive Technologies Consortium.

Ozpineci is also known for his mentorship and staff development at ORNL. In fact, the expansion of power electronics research into more vehicle and grid focus areas has resulted in three new research groups at the lab, headed by researchers who were mentored by Ozpineci.

Bringing great people to the table and empowering them

“I believe in bringing in great people and then empowering them,” Ozpineci said. “I hire people who are ready for responsibility. I give them that responsibility while keeping an eye on them and I’m always there to help out when needed. These are people who are hungry and ready to do great things. When you empower people that way, they get ready faster for leadership positions. Their research expands and reaches that critical mass where the lab is ready to form a new group around it.”

Having great people around is key to expanding research and funding, he noted. “People come to me with their ideas, and I say, ‘Let’s go get the funding.’ I will never tell you it’s not going to work out. I love crazy ideas. When you have great people around you, you can back up the ideas and be ready to tackle anything and win the funding to do it.”

For his own path forward, Ozpineci is ready to explore new materials to support electrification that can lend themselves to even more advanced power electronics and enable a reliable, electrified, decarbonized future. That work reaches across the lab, involving material scientists, chemists, computational scientists and, of course, engineers like Ozpineci to make it all work together. One such collaboration was in the development of a copper-carbon nanotube composite for ultra-efficient, power-dense electric vehicle traction motors. The composite later won an R&D 100 award.

That collegial, supportive atmosphere has a way of keeping people around, Ozpineci said. “I warn people who say they’re just going to be here for a few years that when you come here you won’t want to go anywhere else because you’re going to have so much fun. You’re going to get to work on so many different projects. Whatever you come up with, we can find a home for. There are ups and downs, certainly, but the lab has a way of taking care of its people and it usually works out. This doesn’t have to be just a job. I know I’ve had a lot of fun.” 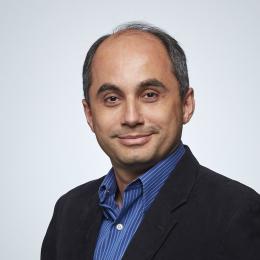