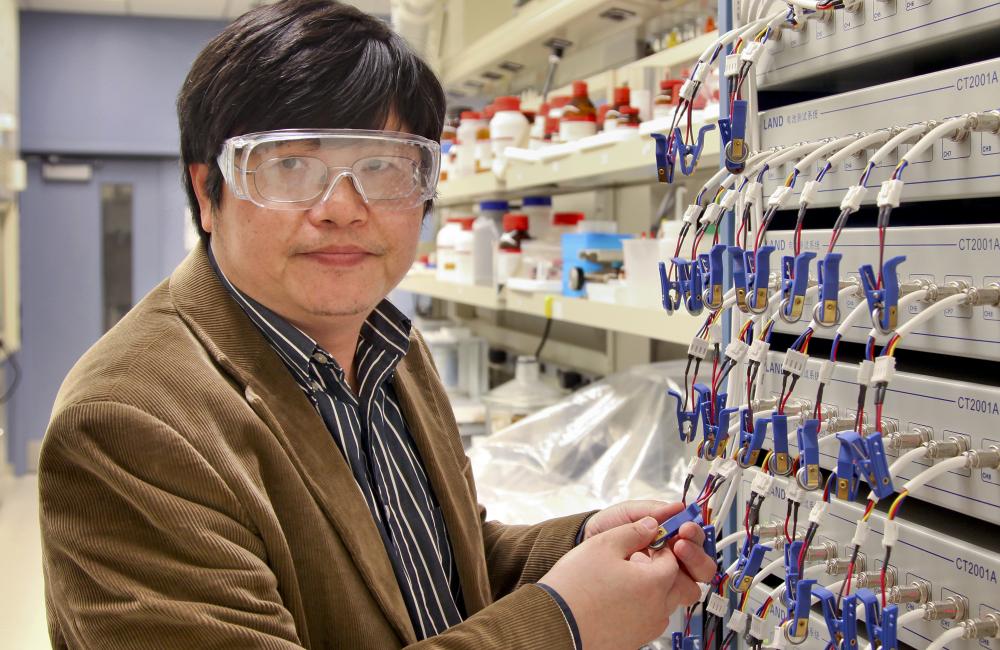 OAK RIDGE, Tenn., Dec. 18, 2015—Sheng Dai of the Department of Energy’s Oak Ridge National Laboratory has been named to a list of the most highly cited researchers in the world.

Thomson Reuters Highly Cited Researchers is an annual list that recognizes some of the world’s leading researchers in the sciences and social sciences. About three thousand researchers were named to the 2015 list.

Dai is a UT-Battelle Corporate Fellow and serves as the group leader of the Nanomaterials Chemistry Group in ORNL’s Chemical Sciences Division. He also holds a joint appointment with the Department of Chemistry at the University of Tennessee. His research focuses on the synthesis and characterization of materials for energy-related applications.

Scholars earn this distinction by ranking among the top highly cited papers as designated by Essential Science Indicators. These rankings are among the top one percent most cited in their field of study in a given time period, earning the scholars a mark of exceptional impact.

Dai was recognized in the chemistry category. He conducts research on the functionality of mesoporous oxides, carbons, and ionic liquids for separations and other real-world applications, catalysis by nanomaterials, sol-gel synthesis and molecular imprinting of inorganic materials.

Dai received bachelor's and master's degrees from Zhejiang University and his doctorate from the University of Tennessee. He is the author or co-author of more than 500 peer-reviewed papers and has been awarded 18 U.S. patents.

ORNL is managed by UT-Battelle for the Department of Energy's Office of Science. DOE's Office of Science is the single largest supporter of basic research in the physical sciences in the United States, and is working to address some of the most pressing challenges of our time. For more information, please visit science.energy.gov.