OAK RIDGE, Tenn., July 5, 2016 — A microbial partnership thriving in an acidic hot spring in Yellowstone National Park has surrendered some of its lifestyle secrets to researchers at the Department of Energy’s Oak Ridge National Laboratory.

Mircea Podar of ORNL’s Biosciences Division led a team that isolated the archaeon Nanopusillus acidilobi, cultured these tiny microbes – just 100 to 300 billionths of a meter in size – and can now study how they interact with their host, another archaeon (Acidilobus). The relationships between these two organisms, detailed in a paper published in Nature Communications, can serve as a valuable model to study the evolution and mechanisms of more complex systems.

“This work demonstrates how organisms find ways to adapt and interact with specific organisms in a symbiotic or parasitic way to survive in hostile environments,” Podar said. “By integrating knowledge from genomics, proteomics and classical microbiology, we can culture wild organisms and sometimes manipulate them for practical applications that range from energy production to medicine.”

The Archaea domain consists of single-cell microorganisms that, like bacteria, have no cell nucleus or membrane-bound organelles, a sub-unit within a cell. These microbes have maintained an open environment-exposed cellular membrane, and Nanopusillus has developed a mechanism to acquire primary biosynthetic molecules from the host cell through cell-to-cell contact.

With habitats like hot pools in Yellowstone, the Nanopusillus acidilobi microbe has been particularly elusive, so this accomplishment is likely to create a stir. 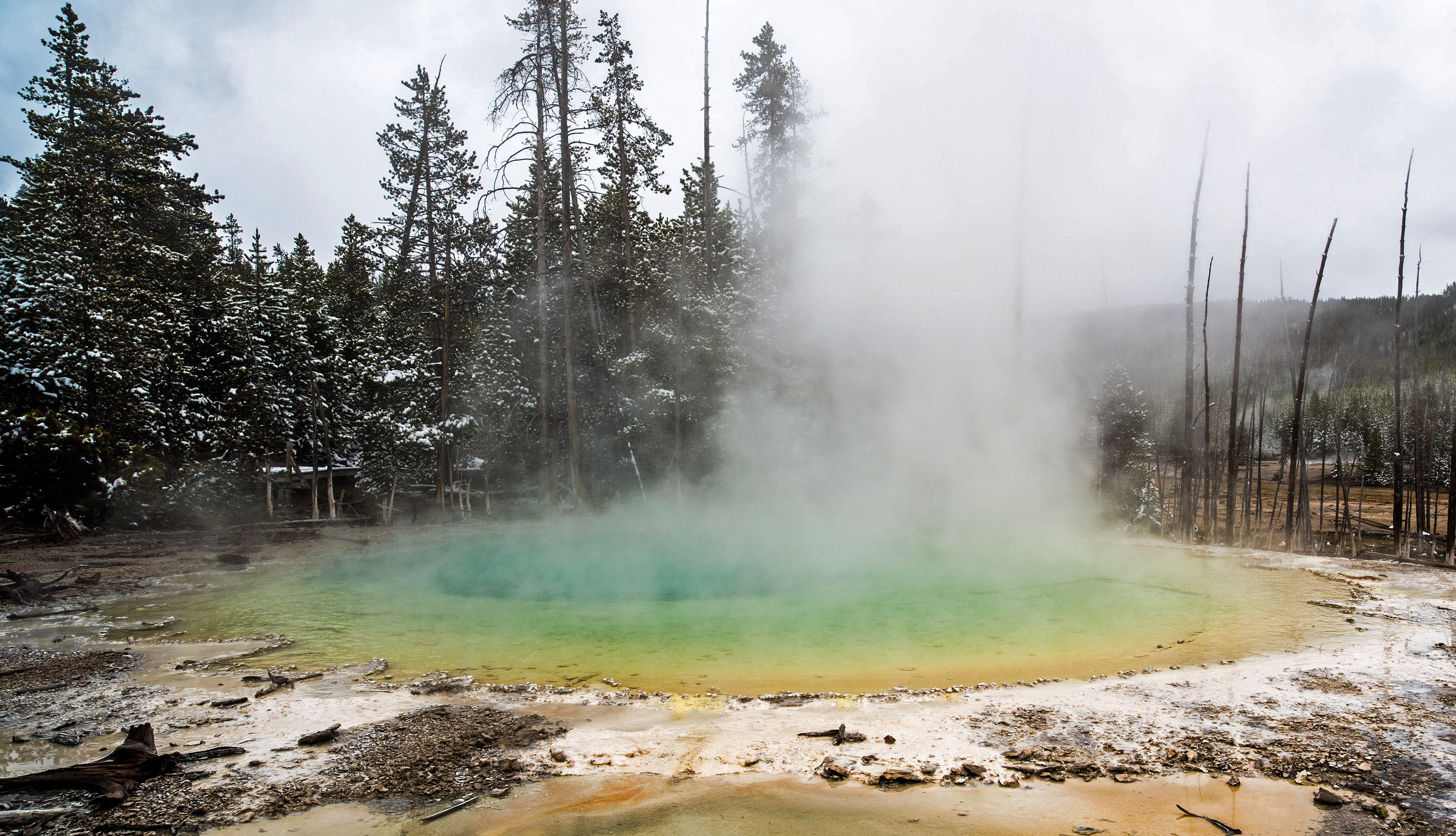 Researchers also noted similarities between this microbe and its distant relative, the marine Nanoarchaeumm, which was cultured more than a decade ago. Through observations like this and by making comparisons over the years, scientists have been able to gain insight into structural and molecular properties of a host of novel groups of microbes.

This most recent accomplishment is especially satisfying, said Podar, who noted that it was a combination of diligence and chance and took several years.

“We discovered and cultured a novel organism from a group of organisms that people have been trying to get for over a decade, and in part that was due to prior genomic data we acquired from those organisms in Yellowstone,” Podar said, adding that the microbial system “abounds in unique, remarkable physiological and genomic features.”

DOE’s Office of Science and the National Science Foundation provided funding for this work, a collaboration with the University of Tennessee and Portland State University. Also, the Yellowstone National Park Service granted a permit to study the microbes.