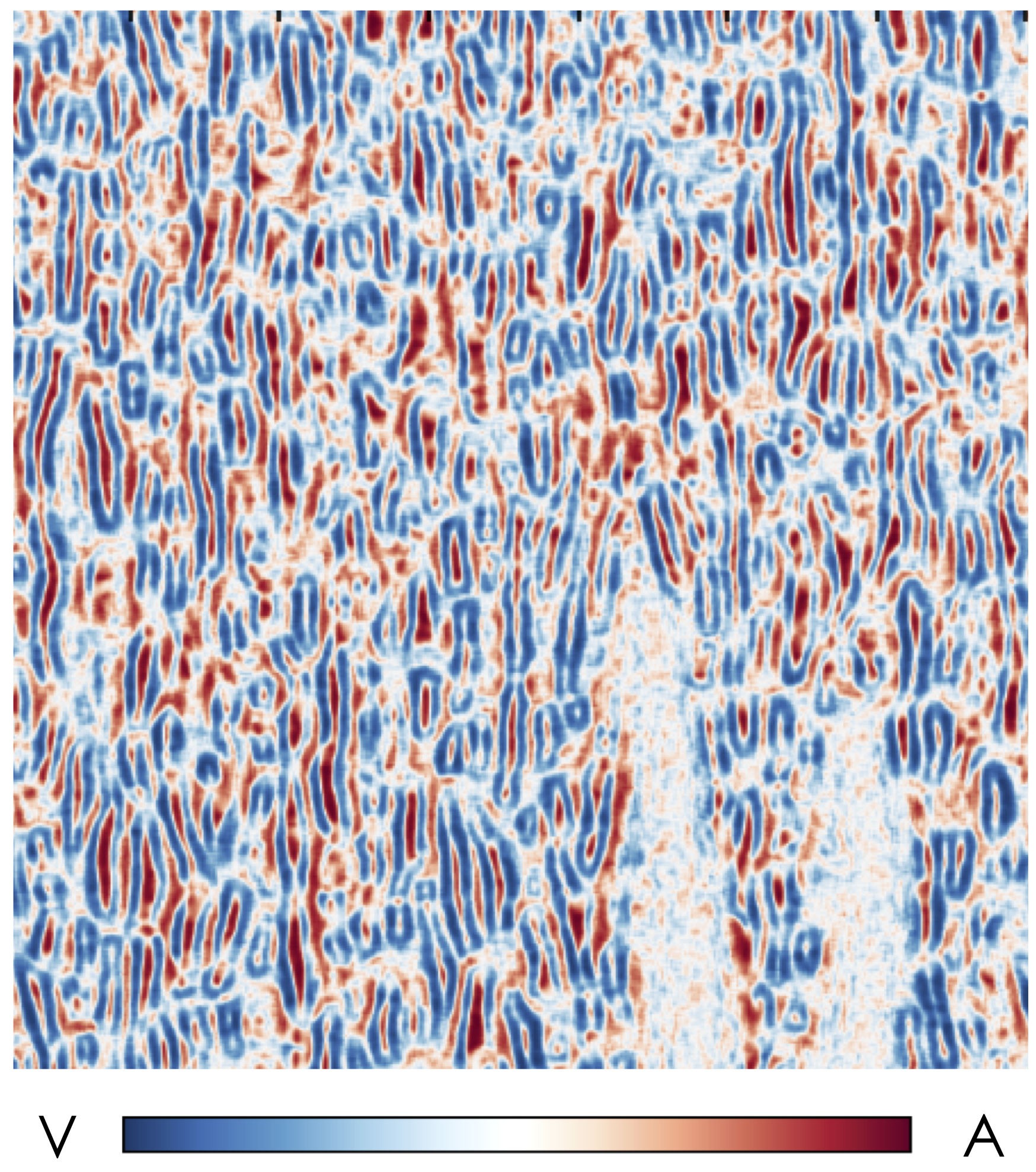 Beyond solids, liquids, gases, plasma, and other examples only accessible under extreme conditions, scientists are constantly searching for other states of matter. Although newly discovered states tend to be short-lived, a recent experiment transformed a mixture of two materials into a novel state of matter with a much longer lifetime—a supercrystal.

The team then observed vortices, whirlpool-shaped distortions in the superlattice’s crystal structure that resulted from a sort of atomic stalemate called “frustration,” meaning one of the materials interfered with the other’s ability to arrange its atoms into its most stable crystal structure.

In previous experiments, researchers have attempted to coax out new states of matter by applying electric fields to similar superlattices, but this team was the first to apply an optical field to the disordered layers with quick pulses of laser light. The optical field reorganized the atoms in the superlattice into a stable supercrystal, a rare, repeating, three-dimensional structure much larger than an ordinary crystal.

“There are very few systems in nature that form these supercrystal structures, and they all tend to be in soft materials,” said Nouamane Laanait, a computational scientist at ORNL. “But to my knowledge, this is the first time this phenomenon has been observed in a solid-state material.”

Because this type of structure typically exists only temporarily when a material switches from one state of matter to another, the team anticipated that the heat from the laser pulses would force the materials to expand and contract, revealing the supercrystal momentarily before reverting back to the frustrated structure. Instead, they found that this particular supercrystal can survive indefinitely, even at room temperature.

“Normally, when you excite a material with ultrashort optical pulses, the lifetime of the state you create can be measured in nanoseconds,” Laanait said. “The fact that the supercrystal remained stable for months is staggering. It’s highly unusual for something like that to happen.”

To further study the supercrystal’s 3D structure, the team turned to ORNL’s Compute and Data Environment for Science, or CADES, which provides computing resources to researchers across the laboratory. In this case, Linux system engineer Chris Layton facilitated access to an NVIDIA DGX Station, a system with multiple graphics processing units that identifies patterns and makes inferences to analyze images and other forms of data using the artificial intelligence technique known as machine learning.

“The DGX Station provides the memory, input/output, and GPU power needed to analyze large datasets,” Layton said. “CADES provides groups like this one with the types of tools needed not only to accomplish research goals but also to help prepare scientists for future studies on larger systems like the Summit supercomputer.”

Using the DGX Station’s machine learning capabilities, the researchers determined that the mixture of lead titanate and strontium titanate contained two distinct phases they defined as ferroelectric-ferroelastic and polarization vortices.

“We needed to figure out which competing phases we started with, but doing a brute search with such a large data volume would have taken days or weeks,” Laanait said.

This resource then helped Laanait and his collaborators study the underlying structure of their sample at the nanoscale level before and after applying the laser pulse treatment, giving them a front row seat to the materials’ transition from a disordered, frustrated state to a uniform, stable supercrystal.

By manipulating superlattice structures with laser pulses and analyzing the results with machine learning, researchers could eventually create a supercrystal tailored for practical applications such as developing better capacitors and other energy storage devices.

“What I find fascinating is that nature always has hidden surprises that take the combination of experimental and computational efforts to tease out,” Laanait said. “And once you do, then you can start asking far more interesting questions.”

The research was supported by DOE’s Office of Science, the National Science Foundation, and the Gordon and Betty Moore Foundation.