Ancient Greeks imagined that everything in the natural world came from their goddess Physis; her name is the source of the word physics. Present-day nuclear physicists at the Department of Energy’s Oak Ridge National Laboratory have created a GODDESS of their own—a detector providing insight into astrophysical nuclear reactions that produce the elements heavier than hydrogen (this lightest of elements was created right after the Big Bang).

Researchers developed a state-of-the-art charged particle detector at ORNL called the Oak Ridge Rutgers University Barrel Array, or ORRUBA, to study reactions with beams of astrophysically important radioactive nuclei. Recently, its silicon detectors were upgraded and tightly packed to prepare it to work in concert with large germanium-based gamma-ray detectors, such as Gammasphere, and the next-generation gamma-ray tracking detector system, GRETINA. The result is GODDESS—Gammasphere/GRETINA ORRUBA: Dual Detectors for Experimental Structure Studies. [Watch a time-lapse video below of one day of work to couple GODDESS with Gammasphere for the first time.]

“The charged particles in the silicon detectors tell us how the nucleus was formed, and the gamma rays tell us how it decayed,” explained Steven Pain of ORNL’s Physics Division. “We merge the two sets of data and use them as if they were one detector for a complete picture of the reaction.”

“Almost all heavy stable nuclei in the universe are created through unstable nuclei reacting and then coming back to stability,” Pain said.

A century of nuclear transmutation

In 1911 Ernest Rutherford was astounded to observe that alpha particles—heavy and positively charged—sometimes bounced backward. He concluded they must have hit something extremely dense and positively charged—possible only if almost all an atom’s mass were concentrated in its center. He had discovered the atomic nucleus. He went on to study the nucleons—protons and neutrons—that make up the nucleus and that are surrounded by shells of orbiting electrons.

One element can turn into another when nucleons are captured, exchanged or expelled. When this happens in stars, it’s called nucleosynthesis. Rutherford stumbled upon this process in the lab through an anomalous result in a series of particle-scattering experiments. The first artificial nuclear transmutation reacted nitrogen-14 with an alpha particle to create oxygen-17 and a proton. The feat was published in 1919, seeding advances in the newly invented cloud chamber, discoveries about short-lived nuclei (which make up 90% of nuclei), and experiments that continue to this day as a top priority for physics.

“A century ago, the first nuclear reaction of stable isotopes was inferred by human observers counting flashes of light with a microscope,” noted Pain, who is Rutherford’s “great-great-grandson” in an academic sense: his PhD thesis advisor was Wilton Catford, whose advisor was Kenneth Allen, whose advisor was William Burcham, whose advisor was Rutherford. “Today, advanced detectors like GODDESS allow us to explore, with great sensitivity, reactions of the difficult-to-access unstable radioactive nuclei that drive the astrophysical explosions generating many of the stable elements around us.”

One experiment Pain led focused on phosphorus-30, which is important for understanding certain thermonuclear runaways. “We’re looking to understand nucleosynthesis in nova explosions—the most common stellar explosions,” he said. A nova occurs in a binary system in which a white dwarf gravitationally pulls hydrogen-rich material from a nearby “companion” star until thermonuclear runaway occurs and the white dwarf’s surface layer explodes. The ashes of these explosions change the chemical composition of the galaxy.

University of Tennessee graduate student Rajesh Ghimire is analyzing the data from the phosphorus experiment, which transferred a neutron from deuterium in a target onto an intense beam of the short-lived radioactive isotope phosphorus-30. The particle and gamma-ray detectors spotted what emerged, correlating times, places and energies of proton and gamma ray production.

The phosphorus-30 nucleus strongly affects the ratios of most of the heavier elements produced during a nova explosion. If the phosphorus-30 reactions are understood, the elemental ratios can be used to measure the peak temperature that the nova reached. “That’s an observable that somebody with a telescope could see,” Pain said.

The second experiment Pain led transmuted a much heavier isotope, tellurium-134. “This nucleus is involved in the rapid neutron capture process, or r process, which is the way that half the elements heavier than iron are formed in the universe,” Pain related. It occurs in an environment with many free neutrons—perhaps supernovae or neutron star mergers. “We know it happens, because we see the elements around us, but we still don’t know exactly where and how it occurs.”

Understanding r-process nucleosynthesis will be a major activity at the Facility for Rare Isotope Beams (FRIB), a DOE Office of Science user facility scheduled to open at Michigan State University (MSU) in 2022. FRIB will enable discoveries about rare isotopes, nuclear astrophysics and fundamental interactions, and applications in medicine, homeland security and industry.

“The r process is a very, very complicated network of reactions; many, many pieces go into it,” Pain emphasized. “You can’t do one experiment and have the answer.”

The tellurium-134 experiment starts with radioactive californium made at ORNL and installed at the Argonne Tandem Linear Accelerator System (ATLAS), a DOE Office of Science user facility at Argonne National Laboratory. The californium fissions spontaneously, with tellurium-134 among the products. A beam of tellurium-134 is accelerated into a deuterium target and absorbs a neutron, spitting out a proton in the process. “Tellurium-134 comes in, but tellurium-135 goes out,” Pain summed up.

“We detect that proton in the silicon detectors of GODDESS. The tellurium-135 continues down the beam line. The energy and angle of the proton tell us about the tellurium-135 we’ve created—it could be in its ground state or in any one of a number of excited states. The excited states decay by emitting a gamma ray.” The germanium detectors reveal the energy of the gamma rays with unprecedented resolution to show how the nucleus decayed. Then the nucleus enters a gas detector, creating a track of ionized gas from which the removed electrons are collected. Measuring the energy deposited in different regions of the detector allows researchers to definitively identify the nucleus.

Rutgers graduate student Chad Ummel is focusing on the experiment’s analysis. Said Pain, “We’re trying to understand the role of this tellurium-134 nucleus in the r process in different potential astrophysical sites. The reaction flow in this network of neutron capture reactions affects the abundances of the elements created. We need to understand this network to understand the origin of the heavy elements.”

Future of the GODDESS

The researchers will continue developing equipment and techniques for current use of GODDESS at Argonne and MSU and future use at FRIB, which will give unprecedented access to many unstable nuclei currently out of reach. Future experiments will employ two strategies.

One uses fast beams of nuclei that have been fragmented into other nuclei. Pain likens the diverse nuclear products to a whole zoo hurtling down the beam line in chaos. The fast-moving nuclei pass through a series of magnets that select desired “zebras” and discard unwanted “giraffes,” “gnus” and “hippos.”

The other approach stops the ions with a material, re-ionizes them, then reaccelerates them before they can radioactively decay. Explained Pain, “It allows you to corral all zebras, calm them down, then orderly bring them out in the direction, rate and speed that you want.”

Taming the elements that make planets and people possible—that’s indeed the domain of a physics GODDESS. 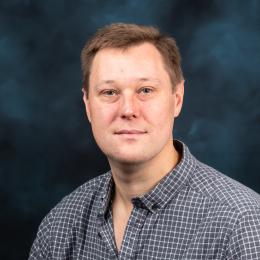