The senior R&D scientist’s broad expertise and interests sit at the intersection of technology and society — where engineering, economics and policy come together to peer deeply into the future. Scenario analysis, multi-sector modeling and decision science are the tools of his trade. His skills and background are playing a key role in ORNL’s research and deployment of global energy and climate solutions.

“The world is so interconnected: socially, economically, institutionally, technologically and geophysically,” McCollum said. “All these chapters I’ve spent living, working and studying in different places have cemented this idea in my head and heart that we’re all truly in this together. Solving the grand societal challenges of our time means building bridges across all of society. I see science as a powerful force to unite us, not only here within our own country but also with our fellow citizens abroad.”

McCollum has already made an impact in some high-priority areas since joining ORNL in the fall of 2021, including as lead for ORNL’s participation in Net Zero World. The initiative is a flagship collaborative effort between all of the national laboratories, the U.S. Department of Energy and other government agencies, and major philanthropies and other partners. The initiative aims to accelerate the adoption of resilient, equitable clean energy technologies and strategies in countries throughout the world.

Over the next several years, ORNL and the national labs will work with partner countries to develop customized, actionable technology and investment strategies. The goal is to transition the global energy system to net zero carbon emissions by mid-century — the ambitious target identified by scientists as being necessary to stave off the worst impacts of global climate change. So far, countries active in the initiative include Argentina, Chile, Egypt, India, Indonesia, Nigeria, South Africa and Ukraine; more are expected to join within the next two years.

“It’s a unique science-to-society effort. We are tapping into the deep and diverse expertise across the DOE lab complex to drive equitable decarbonization efforts abroad; we do this by providing technical and analytical assistance where needed,” McCollum said. “Among other things, we aim to support enabling environments that catalyze low carbon investments, whether from governments, the private sector, development banks, or other organizations. The process is driven by countries’ own priorities; that’s really important.”

McCollum has been working in the international science-policy space for most of his career, in particular within the global climate, energy and transport communities. He currently serves on the Technical Support Unit for Working Group III of the United Nation’s Intergovernmental Panel on Climate Change. This working group focuses on climate change mitigation: assessing the scientific literature with respect to methods for reducing greenhouse gas emissions and removing them from the atmosphere. The WG III contribution to the IPCC Sixth Assessment Report, or AR6, was published on April 4, 2022.

“As a scientist, it’s enormously gratifying to see the work of an entire global research community, underpinned by a body of literature built up over years, receive such an overwhelming amount of attention,” said McCollum. “IPCC reports are massively influential, from government capitals to local city halls, and from company board rooms to community organizations.”

McCollum was a lead author for the IPCC WG III’s contribution to the Fifth Assessment Report in 2014, as well as a contributing author for the IPCC Special Report on Global Warming of 1.5 degrees C in 2018, among various other intergovernmental climate- and energy-related activities in recent years.

Returning to his Knoxville roots

McCollum grew up in Knoxville, attended Bearden High School, and earned a bachelor’s in chemical engineering at the University of Tennessee, Knoxville. He later ventured into economics and policy analysis as a way of exploring the globally interconnected nature of energy, environmental and human systems, with a particular interest in how those systems may evolve together over time. An undergraduate study abroad experience in South Korea and a stint teaching English in Japan cemented McCollum’s interest in pursuing a career that was also in some way internationally facing.

McCollum went on to earn two master’s degrees, in Agricultural and Resources Economics and Transportation Technology and Policy, then a doctorate in the latter at the University of California, Davis. Most of his career until now was spent at the International Institute for Applied Systems Analysis near Vienna, Austria, where he was a senior research scholar. He’s still a guest scholar for the institute, as well as an honorary senior research fellow for the Centre for Environmental Policy at Imperial College London, and a research fellow in energy and environment for the Baker Center for Public Policy at UT Knoxville. Early in his career McCollum had exposure to the national laboratory environment, first as an intern at the National Renewable Energy Laboratory and later as a research aide at Argonne National Laboratory.

McCollum said one thing that drew him to ORNL was the opportunity to help shape new programs and build new capabilities at a world-class institution. “The breadth and depth of ORNL is really amazing, ranging from basic science to applied R&D. Better integrating these two sides of the research coin is the future if we’re going to solve the grand challenges in a holistic way. ORNL is the perfect place for that. Everyone is so open, supportive and collaborative. I’m meeting new colleagues literally every day – and that’s even before my move to Tennessee.”

McCollum most recently resided in California, where he worked as a principal technical leader for the Electric Power Research Institute in Palo Alto. After nearly two decades spent far away from Knoxville, he and his wife and two young daughters are coming “home” – and of course bringing their bikes with them, McCollum said.

“We’re looking forward to the new adventure and all that East Tennessee has to offer: the mountains and rivers, sweet tea and lightning bugs, maybe snow and definitely humidity, and, above all, family,” he said. “The girls are going to love it. Our bikes are tuned up and ready to explore.”

The opportunity to assemble diverse teams and mentor and guide early-career staff was also very attractive to McCollum in coming to ORNL, given its “big team science” approach.

“I have been very, very fortunate in my career to have benefitted from some exceptional mentors who helped shape my thinking and provided impactful advice just when I needed it,” he said. “I really enjoy the time I spend with early-career researchers. And there are loads of talented, creative and ambitious junior staff at ORNL whom I’ve found are fantastic to work with. It’s always way more fun working in teams than alone.”

A challenge bigger and more complex than one person, discipline or nation

McCollum, who sits in the Mobility and Energy Transitions Analysis Group in the Buildings and Transportation Science Division, is leading an internal effort called DecisionScience@ORNL. Its mission is to connect lab researchers and expertise in order to grow knowledge and collaborations around a broad set of decision science and analysis methodologies.

He is directly applying his own expertise in scenario analysis and multi-sector modeling to an ongoing project with Peter Thornton, John Field and other ORNL colleagues exploring the long-term impact of atmospheric carbon dioxide removal on natural carbon sinks.

As McCollum puts it, “We need to better understand the behavior of forests and croplands when global carbon dioxide concentrations reach a peak and then decline a few decades from now. Will those natural systems keep sucking up carbon at the same rates as now? If not, then what implications might that have for the necessary speed and scale of decarbonization efforts elsewhere, namely in the energy supply, electricity, transport, buildings and industrial sectors?”

Tackling the climate crisis is not just about reducing carbon emissions, McCollum said. Ambitious decarbonization efforts, both locally and globally, will bring with them numerous other benefits, such as cleaner air and water, high-quality jobs, and enhanced security and resilience. “That’s something that often gets lost in the conservation. From a scientific perspective, we’re trying to ensure that any energy systems transformation leaves people and the environment better off than before. If we can get fact-based information into the hands of decision-makers and they then use that information to create a healthier, more livable, more equitable world, then we’ve done our job.”

McCollum suggests that young people interested in solving the grand societal challenges of our time think about things holistically and with an integrated, systems mindset. “It’s not just technology that’s going to get us there in the end. It’s economics, it’s policy, it’s lifestyles and culture. We need all hands, all disciplines, on deck if we are to crack these truly tough nuts.”

“That’s why I’m glad to be at the lab during this critical moment in history,” he said. “Global challenges like climate change are simply too big and too complex for any one discipline or nation to solve on its own.” 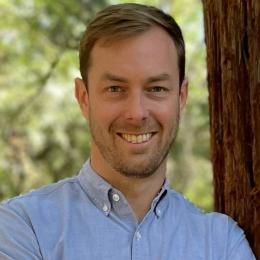