Scientists from the Department of Energy’s Oak Ridge National Laboratory and a dozen other international research institutions have produced the most elaborate set of projections to date that illustrates possible futures for major monsoon regions.

Multiple regions around the world plan energy production, agricultural practices and other essential economic endeavors based on the annual arrival of monsoons, which entails a seasonal shift in the direction of winds that provides periods of steady rainfall. However, unchecked greenhouse gas emissions could disrupt these traditionally predictable events.

Using RegCM4, the latest version of a popular regional climate model developed by the International Centre for Theoretical Physics in Italy, the team ran a series of simulations to project and evaluate changes in nine monsoon regions across five continents. The researchers designed the simulations with a tight grid of each region containing spacing of less than 16 miles, which provided a substantial level of detail.

The team, part of a global effort called the Coordinated Regional Downscaling Experiment, or CORDEX, published its findings in Climate Dynamics.

“This is the first time that a regional climate model has been used to provide a global view of changes in monsoons,” said lead author Moetasim Ashfaq, a climate computational scientist at ORNL. “It took a great deal of time and effort to compile and analyze such high-profile, high-resolution data, and these detailed simulations would not have been possible without a significant international collaboration.”

ORNL researchers simulated the South Asian monsoon region using resources of the laboratory’s Compute and Data Environment for Science and the compute cluster Eos, and the rest of the simulations were conducted at various other computing centers. The team uncovered commonalities in regional monsoon responses to increases in greenhouse gas emissions. These responses included monsoon onset delays, shorter monsoon seasons and more intense seasonal fluctuation.

The simulations predicted and compared changes that would occur in different scenarios provided by the Intergovernmental Panel on Climate Change, or IPCC, known as Representation Concentration Pathway, or RCP8.5 and RCP2.6.

RCP8.5 assumes that carbon emissions follow a “business as usual” scenario without policy interventions, whereas  RCP2.6 is based on much lower increases in emissions with aggressive mitigation policies.  Although the monsoon patterns will likely change for both RCPs, the simulations revealed that the amount of change would likely be minimal under RCP2.6 but could be significant under RCP8.5.

“If emissions are reduced based on RCP2.6 out to the year 2100, the simulations show that the long, damaging shifts in monsoon behaviors can mostly be avoided,” Ashfaq said. “If you look at the best-case scenario, we do still see changes, but they are insignificantly different from the typical year-to-year variation in regional monsoons that communities are already accustomed to.”

Seven of the nine monsoon regions showed a gradual delay in monsoon onset with a continuous increase in global emissions, which could create wide-ranging consequences that directly affect approximately two-thirds of the world’s population by the end of this century. Unlike the areas that receive relatively even amounts of precipitation in all seasons, heavily populated monsoon regions receive 60% to 70% of their precipitation during the summer monsoon season.

“The RCP8.5 simulations reveal robust delays in the start of rainy seasons that ripple through many aspects of everyday life in these regions,” Ashfaq said. “For example, a monsoon that usually starts in the first week of June in South Asia and West Africa may be delayed as long as 15 (days) to 20 days or even an entire month over parts of these regions by the end of the 21st century.”

Although the simulations also showed a delay in the end of the rainy season, otherwise known as monsoon demise, this shift was not nearly as dramatic as the delay in monsoon onset, shortening the length of the entire monsoon season. The researchers also discovered that affected monsoon regions are likely to see more precipitation during that period, leading to more intense rains. Conversely, the rest of the year would see longer dry periods.

This increased seasonality could exacerbate the prevalence of floods, droughts, wildfires and other extreme climate events that already pose challenges to these regions. Significant changes in monsoon behavior could contribute to outbreaks of vector-borne diseases, such as cholera, dengue and malaria.

Since agricultural activities in monsoon regions are typically timed to coincide with the periodic onset and demise of the rainy season, these factors could alter the production of rain-dependent crop yields.

“More than half of the world’s arabica coffee supply is produced in Brazil, and more than 70% of the cacao used to make chocolate comes from West Africa, whereas more than one-third of rice exports come from India and Pakistan,” Ashfaq said. “If regional agriculture is subjected to monsoon onset delays and shorter rainy seasons, production of these types of commodities will be reduced and have a significant impact on the global economy.”

Many countries located in these regions rely on hydropower to generate electricity, including Brazil, which produces 75% of its energy via this method. Shorter monsoon seasons would not provide enough rainfall at the correct time to supply adequate power without overhauling current operations.

In addition to identifying potential monsoon changes and their implications, the team also investigated the root causes responsible for these shifts.

In the absence of organized weather systems and a sustained moisture supply, the relatively dry pre-monsoon season receives only intermittent and convective rainfall, which is thermally driven.  Lands in these regions get warmer every year during the pre-monsoon period, commonly reaching surface temperatures of 120 degrees Fahrenheit. The combination of convective precipitation warming the upper atmosphere and hot surface conditions warming the lower atmosphere causes disparities between warm air over the land and ocean that force the dry season to give way to monsoon rains.

However, the simulations revealed that a continuous increase in global emissions will make the pre-monsoon environment less conducive for convective precipitation, which will delay the warming of upper atmosphere and the transition from the dry to the rainy season. One key factor the researchers determined will decrease convective rainfall during the pre-monsoon period is the formation of a deeper and less saturated boundary layer – a part of the lower atmosphere where moisture and energy are exchanged between the land and the atmosphere.

“The upward force needed to lift air parcels to their level of free convection increases with the depth of the boundary layer,” Ashfaq said. “And the warmer the atmosphere, the more moisture needed for convective instability, which is essential for the development of thunderstorms. Fulfilling the requirement during the pre-monsoon period is challenging because of the limited moisture supply as winds blow away from the land.”

The team will contribute their CORDEX simulations to the regional climate change chapter of the next IPCC assessment.

This research used resources of the Oak Ridge Leadership Computing Facility, a DOE Office of Science User Facility located at ORNL. The team received support from the National Climate Computing Research Center, a collaboration between DOE and the National Oceanic and Atmospheric Administration.

UT-Battelle LLC manages Oak Ridge National Laboratory for DOE’s Office of Science, the single largest supporter of basic research in the physical sciences in the United States. DOE’s Office of Science is working to address some of the most pressing challenges of our time. For more information, visit https://energy.gov/science. —Elizabeth Rosenthal 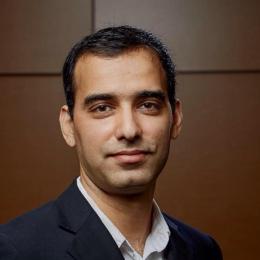