When Bill Partridge started working with industry partner Cummins in 1997, he was a postdoctoral researcher specializing in applied optical diagnostics and new to Oak Ridge National Laboratory. His assignment was to lead a new cooperative research and development agreement, or CRADA, with the global brand known for manufacturing diesel and alternative-fuel engines.

Previously, Partridge’s work was anticipated to help Cummins develop fuel-efficient products by better understanding the intricate inner workings of engine and catalyst systems. The collaboration was broad in scope but clear in the goal: lower emissions and improve fuel economy. Cummins was preparing to meet the 2010 diesel emission standards set by the U.S. Environmental Protection Agency. Those regulations called for eliminating soot, ash and nitrogen oxide emissions from on-road diesel engines, which were a big part of Cummins’ portfolio.

“One of the great things about this project is that we’ve really revolutionized the automotive catalysis community in terms of understanding and thinking of how reactions evolve within a catalyst monolith,” he said. “This work led to new diagnostic tools that’ve been commercialized and widely used and numerous patents and guided the development of engines and catalyst systems.”

ORNL’s research aided the deployment of the 6.7-liter diesel engine in the 2007 Dodge Ram pickup truck — the first vehicle to meet all 2010 emissions regulations — three years ahead of schedule using a new-to-class advanced catalyst system. The team’s diagnostics were also used to develop the 5-liter V8 diesel engine, which satisfied Nissan’s approval process for deploying the engine in the Nissan Titan, as well as Cummins’ SuperTruck-I project, which demonstrated more than 80% tractor-trailer freight efficiency gains.

In recent years, their research has focused on developing and applying diagnostics to study the impacts of varying in-cylinder surface temperatures and catalyst aging to drive even further efficiency and emissions improvements.

The Cummins CRADA, which officially concluded in early 2022 after achieving all project milestones, marked one of the longest, most successful industry collaborations in the Department of Energy’s history. Cummins’ leadership honored Partridge, now a distinguished senior researcher, and his team during a presentation at DOE’s National Transportation Research Center at ORNL.

“This partnership demonstrated the power of an industry, national laboratory and DOE collaboration to develop and transition the science of ORNL to solve the challenges of deployment on the path to a cleaner and more efficient transportation system,” said Robert Wagner, ORNL’s buildings science and technology division director. “We’re also thankful to Gurpreet Singh and his team from the DOE Vehicle Technologies Office for their many years of support, encouragement and technical guidance.”

Partridge considers the development of the SpaciMS diagnostic tool the CRADA’s greatest achievement.

SpaciMS, which translates to spatially resolved mass capillary input mass spectrometry, operates like a fine needle biopsy, with capillaries threaded through the confined spaces of reactors like automotive catalysts or fuel cells. The capillaries measure changes in chemical composition in both space and time inside the reactors. By taking a sampling within the reactor during operation, researchers gain a better understanding of reactor and catalytic chemistry. Until SpaciMS, it was possible to measure the exhaust only at the catalyst inlet and exit, but not the detail inside where the reactions occur.

In a letter of appreciation to Partridge, Jim Fier, Cummins’ vice president and chief technical officer, wrote: “In the end, instrumentation developed was able to measure spatially and temporally resolved gas composition, temperatures, pressures and infer flow direction in an operating engine leading to improvements in engine efficiency.”

“SpaciMS was groundbreaking because no one had the capability to monitor how the reactions progressed within the catalyst and changed with aging,” Partridge said. “This tool made it possible for Cummins to develop an engine-catalyst system to meet the very challenging emission standards.

“Today, when I go to a catalyst conference, for example, everyone talks about intra-catalyst measurements, about evolutions and transient distributions inside the catalyst,” he added. “I’m really proud of what came out of this CRADA because we can see how it’s shaped the industry and research community; people have started to make other instruments capable of measurements inside the catalyst, but it all started here.”

Other notable diagnostic tools that evolved from the research include the FiO, or fuel-in-oil tool, that provides measurement resolution of oil dilution rates; an oxygen sensor; and an emissions probe for measuring carbon dioxide concentrations. The FiO tool received an R&D 100 Award in 2013 and was commercialized.

In addition, the CRADA has resulted in 36 journal publications including Chemical Engineering Journal, Applied Spectroscopy and the International Journal of Engine Research, and led to 25 keynote lectures throughout the U.S. and internationally including Ireland, France, Czech Republic and Korea.

While the CRADA’s impact on the transportation industry will be felt long after the official working relationship ends, Partridge stressed its impact and success: the people involved and their dedication to understanding the importance of science and research.

“The team made all the difference; it wasn’t just me. It was leaders at ORNL like Ron Graves and John Storey who saw the opportunity and supported me, and all the ORNL post docs and staff who worked on it. It was the Cummins team, especially the technical lead, Neal Currier, who fostered the technical partnership, welcomed me to their development facility in Indiana and made it possible for the team to conduct experiments using new diagnostic tools,” he said. “They understood that it took patience and research and long work weeks to achieve the goals.”

“I’m looking forward to the next challenge, and helping to advance research in new areas, too,” he said. 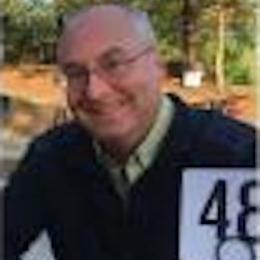