July 23, 2018 — As leader of the RF, Communications, and Cyber-Physical Security Group at Oak Ridge National Laboratory, Kerekes heads an accelerated lab-directed research program to build virtual models of critical infrastructure systems like the power grid that can be used to develop ways to detect and repel cyber-intrusion and to make the network resilient when disruption occurs.

The issue is an urgent one: the U.S. Department of Energy earlier this year announced a new Office of Cybersecurity, Energy Security and Emergency Response to deal with threats to vital infrastructure, whether natural or man-made, and to protect the flow of energy.

Kerekes’ research in this area will help meet the goals of the DarkNet program, in which ORNL is developing communications and controls to monitor the grid and automatically detect and defend against disruption.

In another project, Kerekes and his team have been creating and refining a vehicle identification system that employs roadside sensors and new ways to extract data on passing vehicles for law enforcement purposes.

Kerekes first came to the lab as a college summer intern, working on unique physical and chemical sensors known as microcantilevers that detect changes in airflow by their vibrational frequencies. During his undergraduate years at the University of Tennessee, Knoxville, studying computer engineering, he became interested in image processing and pattern recognition.

“Being able to write algorithms and then visually see how they were affecting images was very attractive,” Kerekes said. While earning his master’s and doctoral degrees in electrical and computer engineering at Carnegie Mellon University, he developed techniques for automatic target recognition and was awarded two corporate fellowships from Northrop Grumman.

Kerekes returned to ORNL as a postdoctoral researcher, working on projects such as the roadside tracker that scans passing vehicles for radioactive material, and on large document data analytics. After hiring on as staff, his work expanded to everything from biometrics systems to improving computational imaging techniques for medical research at St. Jude Children’s Research Hospital—work that was detailed in an article in Science.

Native son and a natural inquisitiveness

Kerekes grew up in Oak Ridge with lab talk around the dinner table. His father worked in computer graphics for many years at ORNL, and his mother was an administrative assistant in the predecessor division where he sits today. They gave Ryan his first computer in third grade, which he used to learn the Logo language and a drawing program that moved an imaginary turtle around the screen.

Kerekes has continued the legacy of encouraging scientific exploration with his own children. His eldest son is beginning a Lego Robotics program at middle school, and Kerekes recently helped him create a Rubik’s Cube solver at home.

The researcher also enjoys music and regularly plays bass guitar and sings at church. He’s written a few songs, particularly before life got so busy with work and a growing family.

Kerekes emphasizes how much he enjoys working on new projects with regularity at the lab, alongside researchers from different fields. “What motivates me is when someone comes to me and says, ‘Here’s the problem we have. Find a solution for it.’”

“One of the cool things about ORNL is that I work with a lot of people who think very differently than I do,” Kerekes said. “Frankly, if everyone has the same perspective, we don’t get to the best solution. If you have different perspectives, then you get to fill in all the gaps.”

The challenge for Kerekes has come not so much on the coding side but on the hardware side of the systems he helps create. “For the vehicle ID system, we wrote the code, but we also had to put that system in a box where it would operate well out in the heat and light—dealing with the sun’s reflection that can mask a vehicle, or making sure your camera lens doesn’t fog up. You have to understand the broad spectrum of the project from the algorithms to the wiring to how long the battery will work.”

“I hope I can continue to create complete systems that get used in the real world,” he said. “Writing papers is important and interesting, but it’s more interesting to me to develop a system that gets out there and actually solves a problem.” 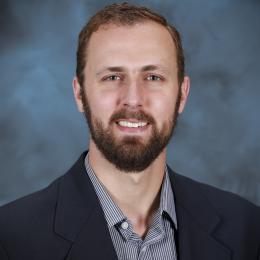